Read entire article here: http://www.businessinsider.com/north-korea-prisoners-released-meet-trump-back-in-the-us-2018-5
Posted by Diane Sori at 7:20 AM No comments:

Welcome to Fox News First. Not signed up yet? Click here.
Developing now, Thursday, May 10, 2018

Because they’re so peaceful, you see, and their peaceful aspirations have been thwarted. Of course, they were chanting “Death to America” while the deal was in force, so there is no change here. They’re just employing the usual Islamic supremacist tactic of intimidation, which seems unlikely to work with President Trump. “Iran’s top leader, lawmakers […]
Read in browser »

While Obama continues to shill for the brutal Hitleresque regime, the people of Iranian see the promise of freedom, and are cheering President Trump. #ThankYouTrump is all over twitter.

The time is ripe for a freedom revolution, thanks to our courageous President. 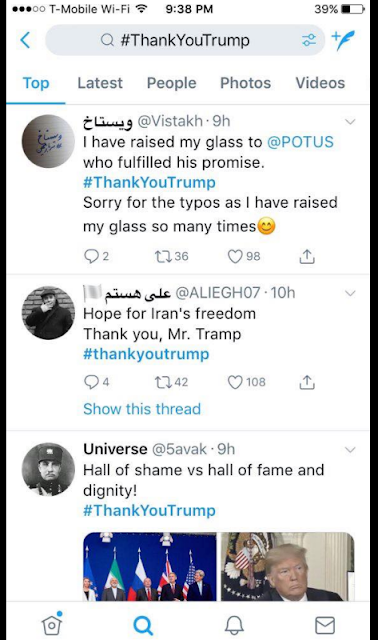 Read entire article here: https://gellerreport.com/2018/05/iran-people-cheer-trump.html/
Posted by Diane Sori at 6:49 AM No comments: 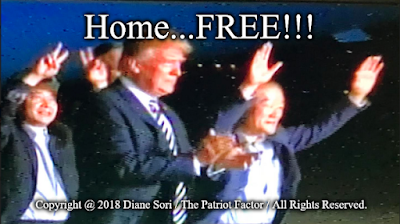