Pakistan-Al-Qaida: Update. The attack on the Pakistani frigate on 6 September has taken a new twist. The leader of the new South Asian branch of al-Qaida posted a statement to the web that claimed the attackers intended to attack a US aircraft carrier by firing missiles from the Pakistan Navy ship that they boarded. A US aircraft carrier was in the area at the time.

The web posting also claimed that Pakistan Navy insiders aided and abetted the plan and the execution of the attack.

Comment: The Pakistanis killed three and captured seven attackers. The new information, in some senses, makes the lapse of security even worse, because the attack team was so inept.

The fact that and the extent to which the Pakistan Navy contains al-Qaida sympathizers should be a serious concern for the US and Allied ships that call at Karachi. The other significant point is the ambition of this new al-Qaida group in trying to find a way to attack and aircraft carrier.

The plan to attack a US naval ship by firing anti-ship missiles from a Pakistan Navy ship is innovative. A better trained attack team might have succeeded in firing a missile.

Punjabi Taliban: The chief of the Taliban fighters in Punjab Province announced his group was abandoning its "armed struggle." Ismatullah Muawiya said that after consulting other Muslim leaders, his group would now limit its use of force to "infidel forces" and would focus on promoting Sharia.

He accompanied the announcement with a declaration of the group's patriotism and an expression of its desire to defend Pakistan from "outside threats".

Muawiya also said the Punjabi Taliban would continue to operate in Afghanistan, but would focus on preaching. He called on other Taliban factions to abandon their insurgencies in Pakistan. He called on the government to compensate those affected by its offensive in Waziristan and other tribal agencies and to rehabilitate them with "honor and dignity". "Peace is the need of the hour to foil conspiracies against Pakistan and its people," he said.

Comment: This faction of the Taliban has attacked government installations infrequently in the past six years, but with significant success. Its emergence in Punjab Province proved that the Taliban were not just a Pashtun tribal phenomenon and had appeal among Punjabis in eastern Pakistan. More on this story as details emerge.

During a joint conference with Karbala Governor Aqil al-Turayhi, al-Maliki said: "Some cities have become deserted and turned into camps for DA'ISH (DA'ISH is the Arabic acronym for the Islamic State of Iraq and the Levant, (ISIL))." Al Maliki said that the "DA'ISH is a gang gathering in a place and seeking shelter in the cities and taking advantage of the government's decision to cease the shelling of the cities."

Comment: Al-Maliki's statements are symptomatic of the political disarray in Iraq. Prime Minister al-Abadi pulled a government together, primarily because of outside pressure. Al Maliki and others criticize strategy, while al-Abadi is trying to attract Sunnis to the government's side. Meanwhile, the Kurds want assurances that their territorial gains since June will be respected.

The unwillingness of political factions to put national security ahead of partisan advantage is a good indicator that the Iraqi leaders do not perceive the ISIL threat to be as imminent or as great as western media describe it. ISIL is extreme, but its observance of Islam conforms to the preachings of the Wahhab sect which dominates Saudi Arabia.

That might help explain the President of Iraq's statement on 15 September that Egypt, Saudi Arabia and the UAE do not need to participate in airstrikes against ISIL. He also regretted that Iran was excluded from today's conference in Paris about building a coalition.

Hillary Clinton: A Profile In Failure

WASHINGTON - The nightly news shows made it very clear this week that they've gotten behind Hillary Clinton's expected 2016 campaign for president.
The network news programs gave Clinton's trip to Iowa the gushing, royal treatment on Sunday, repeating it again on Monday, as she appeared before a throng of cheering Democrats where her party's first presidential nominating caucuses will be held. The coverage of her speech, which was loaded with empty platitudes and little else that was newsworthy, bordered on the worshipful.

That she has the 2016 Democratic nomination virtually sewed up at this juncture tells us everything we need to know about the sad state of the Democratic Party today.

She is manifestly ill-equipped to be president and has shown no talents to be a chief executive of anything, let alone the most powerful nation on the face of the earth.

No one can name a major achievement in her career as First Lady, senator from New York, or Secretary of State.

Indeed, her role in all three jobs has been marked by failure, incompetence and grandstanding.

When President Clinton put her in charge of health care reform, she glued together a hopelessly incomprehensible Rube Goldberg contraption that no one could understand, or that could pass muster within her own party on Capitol Hill.

Republicans hit the road, making its defeat their No. 1 issue, and it wasn't a hard sell.

I remember a newsmaker health care panel I chaired at the time to discuss her plan, and the chief lobbyist of the politically powerful AARP told me it was so complicated and murky even he couldn't fully understand how it would work.

Her plan was so bad, House Democratic leaders never even brought it up for a vote in committee, let alone bring it to the House floor. It was a humiliating experience for the Clinton administration and a devastating defeat for a First Lady who was clearly in over her head on health policy.

But the little-known fact about Hillary's years in the White House was that she was often at odds with her husband over key issues and policies.

During that time, President Clinton worked closely with the centrist-leaning Democratic Leadership Council which he had chaired during his time as governor. Their agenda was focused on expanding trade, reforming welfare, and championing non-union, charter school, education reforms -- positions that were fiercely opposed by the party's liberal base.

DLC leaders at the time told me that Hillary, who was far more liberal than her husband, opposed their centrist agenda within the White House.

Daily Read: On Poverty, Another War We Lost

The Daily Signal’s Robert Rector in a Tuesday commentary tells us what the federal government has been able to accomplish after 50 years and $22 trillion taxpayer dollars spent waging President Lyndon Johnson’s War on Poverty.

Over 100 million people, about one third of the U.S. population, received aid from at least one welfare program at an average cost of $9,000 per recipient in 2013. If converted into cash, current means-tested spending is five times the amount needed to eliminate all poverty in the U.S.

But today the Census will almost certainly proclaim that around 14 percent of Americans are still poor. The present poverty rate is almost exactly the same as it was in 1967 a few years after the War on Poverty started. Census data actually shows that poverty has gotten worse over the last 40 years.

How is this possible? How can the taxpayers spend $22 trillion on welfare while poverty gets worse?

The answer is it isn’t possible. Census counts a family as poor if its income falls below specified thresholds. But in counting family “income,” Census ignores nearly the entire $943 billion welfare state.

For most Americans, the word “poverty” means significant material deprivation, an inability to provide a family with adequate nutritious food, reasonable shelter and clothing. But only a small portion of the more than 40 million people labelled as poor by Census fit that description.

Johnson’s goal was to give poor Americans the tools needed to pull themselves out of the poverty cycle, and he even sold his War on Poverty plan by discussing how it would shrink welfare doles.

Of course, the federal government has made great gains in power anytime it has declared “war” on anything (drugs, terror) and gladly spends about two-thirds of the nation’s overall budget on warfare and welfare (defense, Medicare, Medicaid and Social Security). In any free-market system, more power would come with more responsibility to demonstrate results. But the smoke and mirrors of the nation’s modern economy absolve leaders of that responsibility with unnatural economic meddling.

Thus, what look like failures to reduce poverty are, in reality, part of a larger economic problem that has to be answered by the leaders of a warfare/welfare state. And the left isn’t the only group at fault.

Neoconservatives, while spending much time speaking out against domestic programs that make people dependent on government, are often all too happy to create international disturbances that leave people in far-off lands dependent on U.S. military welfare. I think we call it “spreading freedom.”

Next time a Barack Obama talks about hope and change through big domestic programs or a John McCain discusses safety through military adventurism, Americans who can no longer afford to be aloof must demand clear results.

We’ve seen three wars failed in the past half-century (drugs, terror and poverty); how many more can we afford to lose?

“Our enemies are innovative and resourceful, and so are we. They never stop thinking about new ways to harm our country and our people, and neither do we.” — George W. Bush from Washington, D.C., Aug. 5, 2004 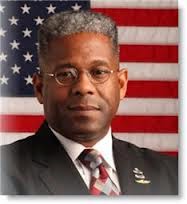 Today, Wednesday, September 17th, on RIGHT SIDE PATRIOTS from 2 to 4pm EST on CPR Worldwide Media http://cprworldwidemedia.com/live-radio/...(if Craig has internet that is...more on that when we do get on air)...our very special guest will be LTC ALLEN WEST!!! We'll be discussing Obama's 'NO Strategy' strategy and a whole lot more. 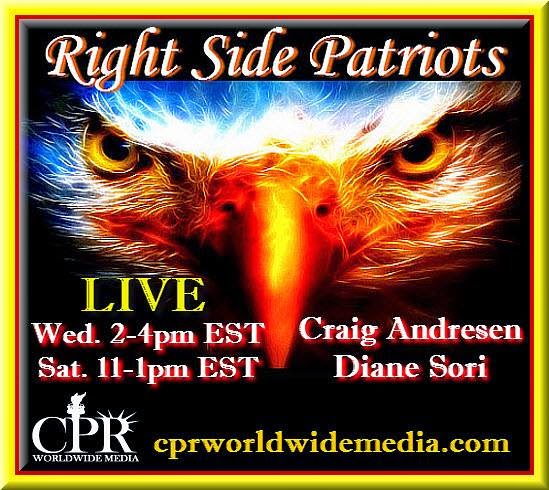