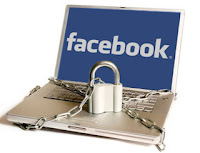 Let me assure you all that this battle is far from over, and goes way beyond my own personal issues with Facebook.  And so I will continue to challenge and fight against Facebook's arbitrarily enforced 'non-existent' rules not only for myself, but for all conservative bloggers and posters who are being selectively targeted for harassment, banning, and blocking by the Facebook powers that be...powers that be who those condemned cannot reach or contact to appeal their 'sentence.'

So I fight on...but I'm grateful that in this battle I'm NOT alone as I have much support from personal friends, fellow Facebook admins and Facebook friends, and conservative bloggers and posters from all over the Facebook arena.  But there are some that have really gone out of their way to help me and I would like to publicly thank them.  I would especially like to thank Examiner reporter Joe Newby for getting this story out to the public, Craig Andresen of The National Patriot for helping in this fight, good friends Joe Sammons and Daniel Stansbury for posting for me because I obviously can't, and all conservatives who have supported me as I go up against the Facebook 'in the pocket for Obama and all things left' conglomerate.

So I fight on...and remember, if you think what Facebook is doing to we conservatives now is bad just think what will happen to us as we get closer to the midterm elections, as we fight hard to keep control of the House and take back the Senate...and imagine if our candidates cannot get their message out over the internet superhighway.  That's why fighting Facebook and winning now is of paramount importance, because Facebook's goal is to shut down ALL who speak out against Obama, his minions, and his policies...and that includes those who speak out against the Obama sanctioned islamization of America.

And so I fight on...and will keep you all informed for this fight I'm in is for all of us conservatives everywhere.

World-renown pediatric neurosurgeon Dr. Benjamin Carson has no problems with losing Obamacare in the quest to find a more affordable, efficient, and patient-friendly healthcare system for the nation.

“There are many more economic models out there that can be used to give us much better healthcare than what we have now,” Carson said on Saturday in a speech to the Conservative Political Action Caucus outside Washington. “If we have to work within the framework of the Affordable Care Act, fine. If we can find a way to defund it, fine.”

His Obamacare suggestion brought rousing cheers from the audience at the Gaylord National Resort in Oxon Hill, Md. “We have to find more efficient ways.”

Carson, director of pediatric neurosurgery at the Johns Hopkins University in Baltimore, added: “Healthcare is one-sixth of our economy. If the government can control that, they can control anything.

“We were asleep at the wheel to let it happen,” he said, referring to Obamacare, “but we still have to find a way to make it work.”

“Eighty percent of the encounters between a patient and a healthcare provider could easily be handled by a health savings account, without the need to insinuate a third party or a bureaucracy that sucks out at least a third of the money,” he said. “There are ways we can do this: We can use bridge insurance and catastrophic insurance.”

The famed neurosurgeon, who also announced that he was retiring from medicine this summer, hinted at a possible White House bid. “What if you magically put me in the White House?” he hypothetically posed, also to cheers, in an earlier part of his speech.
Posted by Diane Sori at 9:12 AM No comments:


Obama Administration Caves to Putin on Missile Shield for Europe

Buried in the news made late Friday made by Defense Secretary Chuck Hagel that the U.S. planned to deploy missile interceptors in Alaska and California was the equally important news that the Obama administration was going to stop long-held plans to fully deploy a missile shield in Eastern Europe.

The Pentagon insisted that the change in deployment had nothing to do with trying to assuage Russia and everything with the threat from North Korea, which in recent months has sent a long-range missile into space, detonated a nuclear device, and, last week, sent a barrage ofmissiles into the Sea of Japan.

But the issue of the missile shield has long been seen as a sign of NATO's commitment to protect Europe and former Soviet satellite states against a potentially belligerent Russia, which has made the anti-missile deployment a key target in their diplomatic efforts with the U.S.

The U.S. plan had called for interceptors in Poland and Romania, complemented by deployed U.S. naval ships outfitted in the Mediterranean. Hagel said the first three phases would be fully implemented, but the fourth, the deployment of a large interceptor warhead, would not go forward.

At a meeting last March in South Korea, Obama told then-Russia President Dmitri Medvedev in remarks picked up by a live microphone that he would have “more flexibility” on the missile shield issue following an election victory.

Hagel's decision Friday confirms that Obama may be trying to live up to the promise, resolving a key part of the issue in Russia's favor early in his second term. The Obama administration reportedly believes the move may encourage Russia to additional nuclear arm cuts.

The Obama Administration recently offered an olive branch to Russia, indicating it planned to de-activate one-third of the U.S. nuclear arsenal unilaterally and without Congressional approval.

The Pentagon said if the fourth phase deployment of the missile shield in East Europe, if re-started, would not take place earlier than 2022.

Russia and the United States have been at odds over a Central Europe-based missile defense system since first proposed by President George W. Bush to protect against missiles from Iran.

NATO has argued the system's placement is not solely based on Russia's strategic arsenal, but places interceptors close to the treaty organization's southern flank, able to deflect Iran's growing missile capabilities.

Russia has maintained that the system is meant to counter its own missile arsenal. Russia maintains the world's largest nuclear arsenal and continues to modernize and upgrade its missile capabilities.

The shift has so far failed to change Russia’s opposition to first three phases of the Europe-based system that has already been completed, although Moscow has yet to make any official pronouncements about Hagel's announcement.

“It would be premature to say that something has fundamentally changed,” said Pushkov, who heads the foreign affairs committee in the Russian State Duma and is an ally of President Vladimir Putin. “The United States is readjusting the missile defense system due to financial and technology issues—issues not related to the Russian position.”

Russia's press services were also critical of the move. And Russia's RT news service said Moscow remains concerned about U.S. efforts to build a radar station in the Czech Republic. RT said the station will complement the deployed interceptors.

Hagel also said there were technical difficulties with the system that was set to be deployed in Poland and Romania by early next decade and cited the $1 billion cost of the new North Korea defense system as playing a key role in his decision.

Hagel made no reference during the Pentagon announcement to Russia’s objections to the system in Central Europe, but said that the U.S. commitment to missile defense there “remains ironclad.”

Republicans in Congress criticized Hagel’s announcement on both fiscal and national security grounds.

“President Obama's reverse course decision will cost the American taxpayer more money and upset our allies," GOP Rep. Mike Rogers of Alabama, chairman of the House Armed Services subcommittee that has oversight over the program, told the Associated Press.