Why did the Obama administration, according to top Iranian officials, sign a secret pact with Iran? The pact pledged to lift sanctions off of two financial banking institutions that would now be able to openly do business with Iran.

Is it necessary to reiterate that Iran is the number one exporter of terror? They pay $25,000 to the family of many of the suicide bombers that seek to kill Israelis. They are also attempting to dramatically increase their own terror capacity through the development of deliverable nuclear payloads.
The Iranians have also since revealed that these two banks were the primary financiers for the on-going Iranian ballistic missile program.

You may recall the only reason, according to Hillary Clinton and Barack Obama, that we had to go ahead with the Iranian deal was to prevent the two things that would most endanger the free world: Iranian nuclear war heads, and Iranian ballistic missiles.

After President Obama moved forward with the deal--without approval from Congress, nor the American people (not to mention great disdain from our allies)--we learned of side deals that were attached to the original deal.

Senator Marco Rubio and Nevada Rep. Joe Heck were driving together Thursday night when a deadly car crash took place right in front of them.

The two Republicans were coming back from a campaign event in Ohio and on the road in West Virginia when a semi-trailer truck lost control and passed the median – striking three vehicles in front of the lawmakers. Rubio and Heck immediately pulled over to assist in the scene. They helped pull one victim out of a car. Heck, using his skills as a trained combat surgeon, was able to tend to others physically wounded until emergency responders arrived.

Officials believe the semi-tractor trailer lost control due to the wet roads and hydroplaned. No drugs or alcohol are believed to be involved.

Unfortunately, Heck pronounced one victim dead at the scene. Bernard Howard Bachmann did not live through the horrific car crash. He was 62.

Marco Rubio is running for re-election to the U.S. Senate in Florida. Rep. Joe Heck (R) of Nevada is looking for a promotion – running for Harry Reid’s senate seat.

If not for the heroic efforts of Rubio and Heck, the accident could have been much worse. Thankfully, the two Republicans didn’t hesitate to act as good Samaritans in the face of danger. 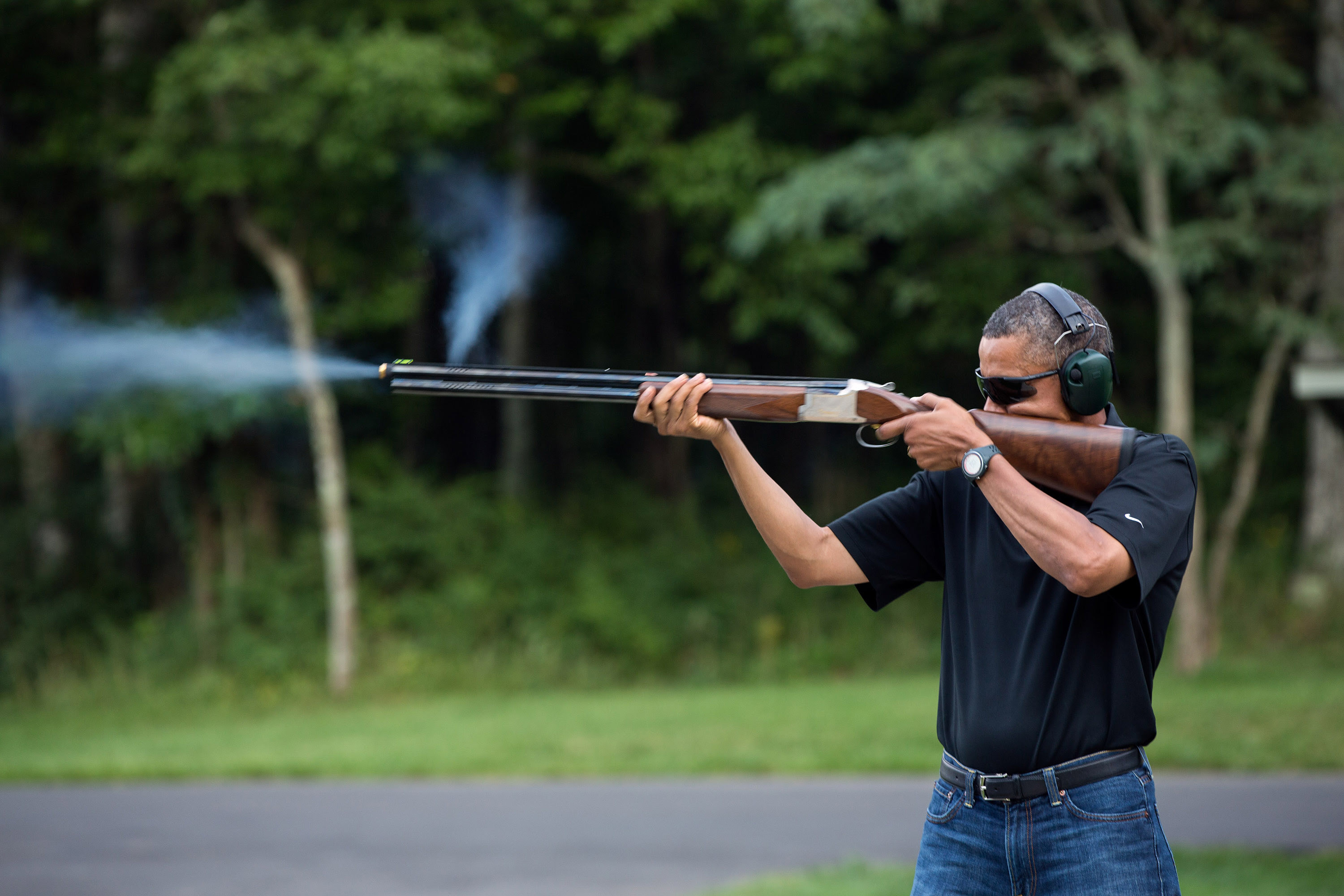 Last night during CNN’s Military Town Hall with the President,  Commander-in-Chief Barack Obama was asked some tough questions from service members and their families regarding the many issues our nation and our nation’s troops face. When asked about the growing number of terrorist attacks in the U.S. and abroad, President Obama jumped on the opportunity to turn the focus away from battling the evil mentality of the terrorists and onto a different agenda: gun control.

Major Jonathon Yost, a chaplain at Fort Lee where the event was hosted, asked Obama about the terror attacks.

“Mr. President, since you assumed office in 2009, there has been a substantial increase in terror attacks around the world, and, likewise, here in the U.S., we’ve had major attacks in large cities such as Orlando, New York City, and elsewhere,” Yost said. “Sir, my question to you, are we doing anything now greater to combat Islamic jihadists?”

“First of all,” Obama responded, “it’s important to recognize that if you look worldwide, the number of terrorist incidents have not substantially increased. What we’ve seen are some very high-profile attacks, mostly in the Middle East, also in our European theaters. ISIL’s emergence, obviously, has underscored the fact that even after we killed bin Laden, even after we dismantled Al Qaida, which was the primary threat when I came into office, that the ideology of hatred and killing had metastasized.”

Islam is not a race? Obama White House wants to change that
By Robert Spencer / Jihad Watch

For years those of us who have dared to note how Islamic jihadis invoke the texts and teachings of Islam to justify violence and make recruits among peaceful Muslims have been accused of “racism.” This Big Lie has been repeated so often and so insistently, without any breaking of ranks among the bought-and-paid-for mainstream media, […]

Longtime Atlas readers are quite familiar with our First Amendment trademark case. We have been fighting to trademark SIOA (Stop Islamization of America) but were repeatedly refused because it considered “disparaging” to Muslims. It was, in effect, an application of sharia law (‘do not criticize Islam.’)

Now the Supreme Court is going to hear a case which, as legal expert Eugene Volokh explains, is directly relevant to the controversy.