Op-ed:
Apollo 11...The History of Our Future
By: Diane Sori and Craig Andresen / Right Side Patriots on American Political Radio 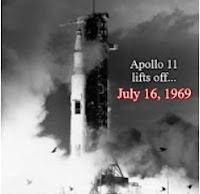 ...So as we celebrate 50 years since that first “small step,” know that our return to the Moon within the next few years will be more practical than political, and a question man has long asked might finally be answered. And while that answer might not be what some want to hear, getting to that answer will be one hell of a ride.

Read entire article and see videos here: https://thepatriotfactor.blogspot.com/2019/07/op-ed-apollo-11.html
Posted by Diane Sori at 6:38 AM No comments:

Rep. llhan Omar (D-MN) is doing what she does best: ruffle the feathers of everyone and peddling her anti-Semitic agenda on the Hill. She’s trash. Pure and simple, but sits on the House Foreign Relations Committee, which brought forward a non-binding resolution condemning the anti-Israel Boycotts, Disinvestments, and Sanctions movement. Omar, in true fashion, defended the movement and compared it to the Boston Tea Party. She also referred to Israel as an occupier regarding the current state of the Israeli-Palestinian conflict

Israel is our best ally in the Mid East; a beacon of hope, freedom & liberty, surrounded by existential threats. Shame on Rep @Ilhan Omar for bringing her hateful twist on that reality to House Foreign today, propping up the BDS movement & blaming Israel for all of its challenges pic.twitter.com/y975D0JCaC
— Lee Zeldin (@RepLeeZeldin) July 17, 2019

Rep. Lee Zeldin (R-NY) wasn’t having any of her nonsense, but it didn’t stop her from introducing a resolution that counters the one passed by the committee. The BDS crew was quite pleased (via NRO):

“Mohammed Amin, until recently chairman of the Conservative Muslim Forum, told the newspaper Mr Johnson’s analysis risked ‘actively promoting hatred of Muslims.'” Why? Johnson’s statement — which, by the way, he made in 2007, but there is no statute of limitations on Leftist/Islamic rage — was about Islam, not Muslims. If he had said that […]
Read in browser »

Email ThisBlogThis!Share to TwitterShare to FacebookShare to Pinterest
BREAKING! Ocasio-Cortez gets new 2020 challenger: a #Republican immigrant from Jamaica: Scherie Murray

Scherie Murray, a New York businesswoman who immigrated from Jamaica as a child and is active in state Republican politics, is launching a campaign Wednesday for the congressional seat held by Democratic Rep. Alexandria Ocasio-Cortez. The GOP better get behind this woman – big time.

There’s a crisis in Queens and it’s called AOC. She isn’t worried about us – she’s worried about being famous. That’s why I’m running for Congress. Join our movement to #unitethefight https://t.co/rtqGz0XeAw

Posted by Diane Sori at 6:24 AM No comments: