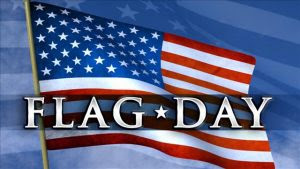 And today is President Trump's Birthday...
Happy Birthday Mr. President...and many many more. 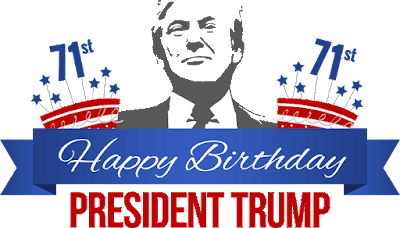 "I don’t think a lot was revealed today. I don’t think we’re much farther down the road," Starr said of the Russia investigation. "But I think that the American people saw that this attorney general is just a great human being with an enormous amount of passion and determination to try his very best to do the right thing."

He seemed confident about special counsel Robert Mueller, however, describing him as “very able and honest.”

"He’s going to be thorough, he’s going to be professional," Starr said. "And you simply go where the evidence leads you ... so, let's allow him to do his work."

See video here: https://townhall.com/tipsheet/leahbarkoukis/2017/06/14/ken-starr-sessions-acquitted-himself-beautifully-n2340979
Posted by Diane Sori at 8:44 AM No comments:

What we’ve already learned about the lengths to which Barack Obama went to secure his precious Iranian nuclear deal should be enough to trigger a full-fledged congressional investigation. The secret pallets of money sent in the dead of night – money that turned out to be a ransom for U.S. citizens held in Iranian prisons. The hostages WE let go, some of whom were dangerous spies and terrorists. The secret side deals that escaped the scrutiny of U.S. lawmakers. The text of the deal itself, which put Iran in charge of monitoring their own adherence to the nuclear restrictions.

President Trump called it one of the worst deals in history. That might have been an understatement.

But this deal is the gift that keeps on giving, so to speak. Because with every passing month, we learn something new. We learn that the Obama administration went even further than we thought, all to ensure the president secured this historically-terrible agreement.

Now, thanks to the congressional testimony of former Defense Department adviser David Asher, we are learning that Obama’s government “systematically disbanded” any and all investigatory units looking into Iran’s funding of terrorism around the world.

Email ThisBlogThis!Share to TwitterShare to FacebookShare to Pinterest
U.S. sending Christians back to Iraq to face certain death from Islamic jihadis
By Robert Spencer / Jihad Watch

It is unlikely that Trump knows about this, given his initial determination to ensure that refugees from Muslim persecution be given preferential treatment. Whoever is making this happen is likely trying to punish the Chaldeans for opposing the mosque. This person should be identified and fired, and these deportations halted. Trump may not know about […]

The Washington Post, in its one-year look-back on the horrific terror attack that killed 49 innocents at the Orlando nightclub Pulse, completely overlooked mention of the words “Islam” or “jihad,” and instead focused on the “gun violence” angle.

Talk about a biased piece — an Islam apologist piece.
It’s been a year since that attack, and apparently the left-leaning media still can’t comprehend that America was struck by an Islamic terrorist. And what makes this failure to recognize truths all the more egregious is that the Islamic terror attack at Pulse was a targeting of gays — one of the very populations the left pretends to care about and defend.

From Mediaite (thanks to Jihad Watch):

“It’s been one year since the horrific Orlando nightclub terror attack at the hands of a radical Islamic terrorist and the Washington Post is still trying to figure out what could have possibly motivated the mass murder.

“On Monday, the Post published a strange column––flagged by the Washington Free Beacon this morning––that omitted any mention that Islamic terrorism played a role in the slaughter of 49 innocent people at the Pulse nightclub on that June evening in Orlando, FL.

RIGHT SIDE PATRIOTS...for those who missed last night's broadcast (or just want to listen in again) where Craig and Diane discussed all things James Comey...you can listen to it at your convenience on SoundCloud at: https://soundcloud.com/right-side-patriots-260798913/right-side-patriots-61317

Or you can listen in on AMERICAN POLITICAL RADIO archives at: https://americanpoliticalradio.com/archived-media