How Does Burning Down a Gas Station Advance Your Cause?

It was a weekend of violent unrest in Milwaukee, Wisconsin. A rampaging mob burned businesses and battled with police.
The rioting started after a black police officer shot and killed a black suspect. The convicted felon had a gun - and when he refused to drop his weapon the officer opened fire.

The mob took to the streets - causing all sorts of mayhem. A number of buildings were set ablaze - including a gas station.

Five police officers were hurt - one hit by a brick.

READ THE FULL STORY AT TODDSTARNES.COM!

Did Hillary Commit Perjury By Lying to The FBI? Or to Congress?

The FBI is expected to release notes from its July 1 interview with former Secretary of State and current Democrat presidential nominee Hillary Clinton about her use of private email servers to transmit and store top secret, classified information. According to the FBI, the interview wasn't electronically recorded and was conducted just three days before FBI Director James Comey announced charges would not be brought against Clinton despite her "extremely careless" mishandling of classified information.

Now, House Oversight Committee Chairman Jason Chaffetz and House Judiciary Chairman Bob Goodlatte are making the case Clinton committed perjury by either lying to the FBI or lying under oath during Congressional testimony.

In a letter sent to U.S. Attorney for the District of Columbia Channing Phillips Monday, Chaffetz and Goodlatte outlined their case by highlighting numerous examples of Clinton's own conflicting statements about her private email server.

The Washington Free Beacon obtained information directly from Government officials confirming that Iran has received permission from the Obama Administration to build two nuclear plants in Tehran.  According to an Iranian source, the Mehr News Agency, Iran’s top nuclear official, Ali Salehi, revealed that Iran has already invested $10 billion dollars in the two sites following orders from President Hassan Rouhani.
Salehi, the head of Atomic Energy Organization of Iran (AEOI), used the opportunity to condemn the West in it’s efforts to stop Iran from becoming a nuclear power.  Salehi was quoted saying “their problem is not with our armaments, economy, technology, trade, or even science. Their problem is with the Iranian nation; they are worried about the message of the Islamic Revolution reaching across the world.”

Ironically, much of the Center for American Progress’ libelous and inaccurate “research” on the alleged purveyors of “Islamophobia” focused on the money we were all supposedly raking in, in an attempt to portray us as cynical profiteers only in it for the money. The CAP reports wildly exaggerated, misrepresented, and distorted the financial data, and […] 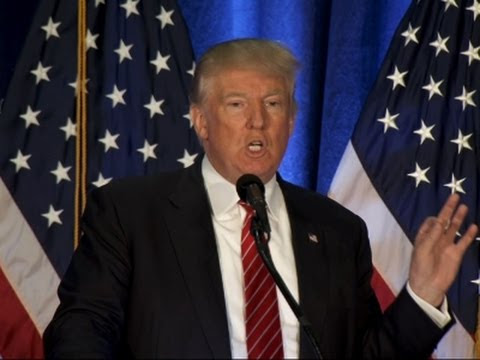 This is exactly what is needed, and mirrors the immigration proposals in our  AFDI 18-point platform in defense of freedom.

“We should only admit into this country those who share our values and respect our people,” Trump said at a campaign rally in Youngstown, Ohio. “The time is overdue to develop a new screening test for the threats we face today.
...