On Tuesday, World War II veterans stormed what may be their last barrier – one erected by the American government. A group of WWII veterans from Mississippi tore down the barriers to the World War II Memorial set up by the Federal Parks Department and staged a protest.

UPDATE: Police have cleared out the WWII memorial and forced the veterans who illegally accessed the site to disperse. 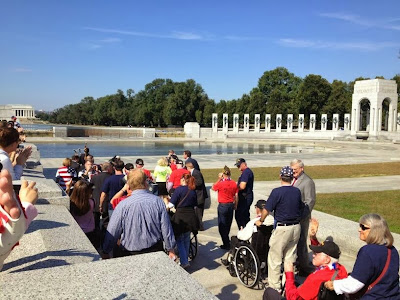 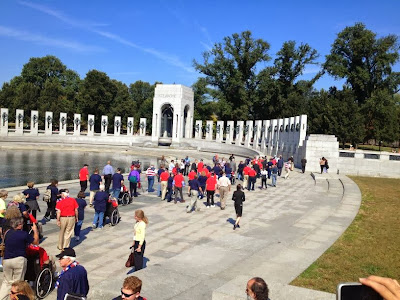 Posted by Diane Sori at 3:00 PM No comments:

Obamacare Exchanges Start Up as Government Shuts Down

For three years, the Obama administration has been preparing for this moment: the launch of new insurance exchanges, intended to expand health coverage to millions of uninsured Americans. But this is far from the grand opening that President Barack Obama may have expected.

Instead, the exchanges are starting up just as most of the federal government is shutting down, left unfunded by a Congress that's still bitterly divided about whether to discard Obama's health care law altogether.

There will be just a skeletal staff at the White House on Tuesday when Obama appears in the Oval Office to tout the benefits of his law alongside Americans who plan to purchase insurance through the exchanges. Many of Obama's aides, like hundreds of thousands of federal workers across the country, will be on furlough due to the first partial shutdown in almost two decades.

"Unfortunately, Congress has not fulfilled its responsibility," Obama said in a video message the White House released just after midnight Tuesday, as Congress missed its deadline to keep the government running. "It has failed to pass a budget and, as a result, much of our government must now shut down until Congress funds it again."

At the heart of the disagreement over a temporary measure to fund the government was whether Obama's health care law should be allowed to go into effect as written. House Republicans, cheered on by tea party-backed Republicans in the Senate, sought to defund or delay parts of the bill, arguing that once Americans started enrolling in the exchanges, the law will become harder to repeal.

In a bit of irony not lost on the law's opponents, the main components of "Obamacare" will proceed full speed ahead despite the shutdown that will shutter national parks, veterans' centers and other government operations, starting Tuesday and lasting until Congress finds a way to break the stalemate. That's because funding for the Affordable Care Act, like other "mandatory" functions such as Social Security, air traffic control and national defense, is protected from the whims of Congress.

In his sole response to the shutdown early Tuesday, Obama directed his comments not at the lawmakers he's been scolding for weeks, but instead to members of the military. He made no reference to Republicans or Democrats, but his frustration was clear as he contrasted the professionalism and courage of American troops with lawmakers' inability to fulfill what he's described repeatedly as their constitutional duty.

"You and your families deserve better than the dysfunction we're seeing in Congress," Obama said.

Tuesday's event at the White House coincides with the digital ribbon-cutting for the exchanges, which will allow Americans to shop for, compare and purchase insurance online. The Obama administration needs millions of Americans — mostly healthy, younger people — to enroll to keep costs low for everyone.

Posted by Diane Sori at 1:52 PM No comments:

Email ThisBlogThis!Share to TwitterShare to FacebookShare to Pinterest
Obamacare: Is It A Divide-And-Conquer Distraction? 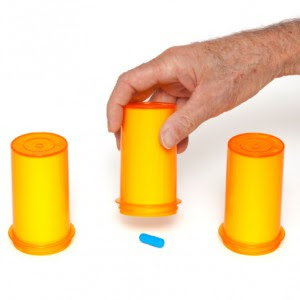 PHOTOS.COM
In March of 2010, Barack Obama signed the Affordable Care Act (otherwise known as “Obamacare”) into law amid a host of economic uncertainties and unwanted Federal Reserve bailouts.

Two years before, Washington had confirmed the passage of Troubled Asset Relief Program (TARP) measures that had already met with disapproval from, according to some polls, more than 80 percent of Americans. In the meantime, the Occupy Wall Street movement was gaining momentum, involving elements of both traditionally Republican and traditionally Democratic organizations.

Self-proclaimed “conservatives” and “liberals” were beginning to find common ground on issues ranging from the overall fiscal system to the National Defense Authorization Act (NDAA). The consensus was clear: Government had grown corrupt, power-hungry and ultimately destructive to every citizen regardless of his political affiliation.

However, certain hot-button issues always seem to flood government rhetoric and the mainstream media whenever the U.S. citizenry begins to unify, causing renewed rifts and luring Americans to fight among themselves while the cruise ship on which we are floating sinks into the abyss. Those on the left believe Obamacare is a genuine attempt to institute socialized medicine, and they love it.

Those on the right believe Obamacare is a genuine attempt to institute socialized medicine, and they despise it. But what if Obamacare’s government-controlled healthcare plan is only a secondary pursuit, while cutting America down the middle is the first goal?

While mainstream talking heads with low IQs proclaim victory for the Obama camp because of a supposedly “shrinking” deficit, what they either fail to mention or are too stupid to understand is that the official reporting of the deficit does not account for real deficit expenditures each year. The official deficit does not include what government number crunchers call “unfunded liabilities,” like Social Security and Medicare, or off-book agencies like Fannie Mae and Freddie Mac. The average taxpayer suffers the costs of such expenditures yet is never counted in official statistics. If one were to tally our true national debt, including “unfunded liabilities,” it would stand anywhere from $120 trillion to more than $200 trillion. The true deficit skyrockets to more than $5 trillion per year (and growing) when such programs are included.

It is hard to say whether Obamacare costs will be openly included in official debt numbers or hidden like most entitlement programs. The point is the government has been lying for quite some time, under multiple Presidents, about the real state of the U.S. economy.

When the White House claims in its talking points that government-assisted healthcare will require a net payment of only $1.1 trillion over the next 10 years, what method of accounting is used? Is this the total cost or just the “official cost” minus off-book liabilities? Even if this ends up being the full and complete spending required, how can Washington afford to burn another $1.1 trillion on top of $5 trillion a year already in the red?

If our national debt continues to climb exponentially, as it has in the wake of the Administrations of Presidents George W. Bush and Obama, will we see another $7 trillion or more added to the “official” number in the next five years?

According to The Washington Post, Obamacare is now a fact of life, even in the face of a government shutdown.

But is this claim really true, or is it just empty posturing? You may like Obamacare, or you may hate Obamacare; but the fact remains that we cannot afford Obamacare at this time. So my first question to proponents of socialized medicine would be: Where is the money going to come from? More taxes? How can Obamacare be funded by increased taxes, when the average median household income has fallen every year for five years in a row.

How about more taxes for the super rich? Four hundred of America’s top earners brought in an average adjustted gross income of $202 million in 2009. If each of these people were taxed 100 percent of his annual income, the resulting $80 billion in revenue would still not be enough to fund Obamacare, let alone our already existing massive debts.

If taxes won’t do the job, what about foreign treasury investment?
U.S. Treasury holdings by foreign creditors witnessed a record sell-off in June of this year, and subsequent purchases have not covered the loss in recent months.

The majority of all Treasury purchases by foreign investors are short-term bonds, meaning international faith in America’s ability to cover its debts has fallen considerably. Creditors now want only bonds that mature quickly, so that they can be liquidated at a moment’s notice. Foreign investment in the United States is currently either static or dropping, depending on the country, meaning no extra cash flow for Obamacare.

At bottom, Obamacare is doomed to failure. The money simply does not exist in order to cover the cost. The math does not add up. Period.

Now, I can understand hard-core socialists being too unintelligent to wrap their heads around this problem. After all, the average socialist thinks government funds will infinitely expand to meet the needs of infinite demand, as long as public wealth is “harmonized” in the process. Socialists are utterly unable to imagine that the money may run out one day, thus decimating the economy.

But what about the establishment? Is the establishment really unaware that Obamacare is unsustainable? I think not. The government creates our false economic reality on a daily basis. It receives the hard financial data and then spins it to suit its particular needs. Government officials are the people who are exposed regularly to our dire fiscal position, yet we are supposed to believe that they are “not aware” of their own crimes. Obama and the banking elites who pull his strings are fully conscious that our economy is on the verge of complete collapse, and they are aware that Obamacare will never survive. So why continue with the charade if there is no mathematical possibility that the program will succeed?

Social division is the only plausible answer. Universal healthcare has been a longtime pursuit of the left, and many Democrats are willing to forgo or completely ignore other dangerous political developments surrounding the White House as long as they finally attain socialized medicine. I have personally engaged in numerous debates with Obama supporters, pointing out his transgressions against the Constitution and the Mideast, his close relationships with the banking elite, and his willingness to throw aside his own promises. Amazingly, some of his supporters admit that Obama is monstrous in many respects, but they still defend him on the basis that “at least he’s going to give us free healthcare.”

In this way, the establishment has retained about 30 percent of the American population as political cannon fodder to be exploited at will by the Obama Administration. And if a government shutdown takes place over Obamacare measures, that percentage may climb as citizens are duped into believing that Tea Party Republicans and their “unwillingness to compromise” are to blame for the situation.

The establishment knows that a financial crisis is upon us, but it wants you to believe that the collapse was caused by “political gridlock,” foreign fiscal schemes or “conservative hubris.” It does not want members of the public to draw any connections between their suffering and the international banking elite behind the greater catastrophe. Obamacare is a red herring, smoke and mirrors, a distraction.

While we battle over a program that will never find adequate funding anyway, the rest of the economic system crumbles.