Obama and Kerry will no doubt jump to give him what he wants, but if they do, the opposition to the deal will grow even stronger than it already is. “Iranian hardliner: The supreme leader opposes the nuclear deal,” by Ali Akbar Dareini, Associated Press, August 15, 2015: TEHRAN, Iran — Iran’s Supreme Leader Ayatollah […]

Email ThisBlogThis!Share to TwitterShare to FacebookShare to Pinterest
Investigative Report:
Emails, Servers, Leaks, and Cover-Ups...
Part 1 of 2
By: Diane Sori and Craig Andresen / Right Side Patriots on www.cprworldwidemedia.net

Like we said Hillary Clinton is in trouble...big trouble...with questions that demand answers...answers that should be given under oath...as the outrage continues to build momentum over the 'suddenly' gone missing 'top secret' messages that indeed once were on her private email server...a server initiating out of a small private Denver based internet company...Platte River Networks...hired by the Clintons in 2013 to provide 'better security, durability, and a more professional setup.' And Platte River Networks is a company who boasts on their website as having “connections in all the right places” yet is a company not cleared to handle sensitive or classified information...and know that 13,000 other private internet companies do have facility-wide clearance but Hillary 'just happened' to pick one that did not and still does not. 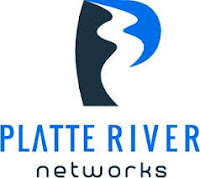 After Hillary left the State Department in 2013, she hired Platte River Networks to upgrade and maintain her private email server at her Chappaqua NY home, and only after all was up and running smoothly did she give actual control of her email domain over to Platte River. Then and only then did Hillary send the original server's hardware that was used to host her government communications to a data center facility in New Jersey, where it was erased, and where the FBI picked-up the blank server last Wednesday afternoon.

And it is interesting to note that while Hillary's private email system changed hands on more than one occasion, the servers she used were never official government issued or approved servers. Also, interesting is that in 2008, Bill Clinton himself had a private server set up, by longtime aide Justin Cooper who had no security clearance, on grounds that were guarded by the Secret Service. Odd that a server needed to be guarded for what was claimed to be for personal non-governmental use only. In fact, Hillary herself admitted back in March of this year that, “The system we used was set up for President Clinton’s office. And it had numerous safeguards. It was on property guarded by the Secret Service. And there were no security breaches.” An overly defensive statement now isn't it.

And now being used as justification for Hillary's getting her own private server is the excuse that those briefed on the server installed for Bill Clinton claimed it was too small to handle the addition of a sitting Cabinet official, so a server that was purchased for use by Hillary Clinton’s 2008 presidential campaign was then installed at her Chappaqua home. And with that server came an additional IT specialist, Bryan Pagliano, who had worked as Hillary's 2008 campaign’s IT director, and who after that server was installed then oh so conveniently left in 2009 to take a position with the U.S. Department of State as a Special Advisor to the Secretary of State and as an IT specialist. And while in this capacity he still managed Hillary’s private email server for about four years...being a conflict of interest perhaps...staying with the Department of State until February 2013, about the time the first email questions started surfacing, and the same time Platte River Networks came on board.

And it was Pagliano who recommended that the server be transitioned over to Platte River...again...a company with no security clearance...but a company who would have had to have seen all the emails and who knew these emails were of interest and importance...important enough for them to perhaps copy and save.

“Connections in all the right places”...so now you know why we believe Hillary was able to take the amount of time she did to turn the servers over...her 'connection' being her former campaign specialist Bryan Pagliano who installed the second home server and who was then at the Department of State, and who was thus able to set in motion the time frame that was needed to have even the newest of the servers...Platte River servers...'professionally' wiped clean of any and all incriminating evidence which, we believe, he had to know was on there before he abruptly left to go work in the private sector.

But...and this is critical...we believe that once Platte River was safely ensconced as the new server provider did they see an opportunity to get themselves out of the legal jam (explained below) they were in. This would be a very smart move on Platte River Networks part, and please do not be foolish enough to expect anything of substance to show up on the 'thumb drives' Hillary's lawyer, David Kendall, recently turned over as the 'thumb drives' most likely were downloaded only after Platte River gave their thumbs-up that specified information on the servers had been copied (for future use if need be) and then and only then were they wiped clean.

And support of our supposition can be found in a quote by Barbara Wells, an attorney for Platte River Networks, who recently issued this statement, "To my knowledge, the data on the old server is not available now on any servers or devices in Platte River Network's control." Note her words for they are very telling...note there is no mention that the servers were physically destroyed or that the emails were copied before the servers were wiped clean...all she said was that the data on the servers and/or devices is not there now, not that it was ever not there.

And why such ambiguous words...simply put...because...again we believe...copies of the emails themselves were made and then most likely transferred elsewhere for 'safe keeping'...so to speak...for Platte River Networks needs those emails to use as a bargaining chip to get themselves out of the serious legal trouble they're currently in.

Let us explain...while Hillary had her aides turn over servers to the FBI last Wednesday those servers proved to be as we expected them to be...blank...meaning they were wiped clean... 'sanitized'...so that no useful information would be found on them. But again, we believe, the emails were copied and transferred over to undisclosed servers and/or devices known only to Platte River before the servers with the originals were wiped clean, and it's because, like we said above, Platte River Networks is a company currently facing serious charges that they both illegally accessed the master database for all U.S. phone numbers and seized a specific 390 lines which created chaos across the scope of the U.S. government.

And with charges of this magnitude leveled against them, credence is given to our supposition because the emails become a way out of the legal conundrum Platte River Networks is currently facing by their offering to make a deal...as in we have the long sought after proof needed to expose Hillary and all that has to be done to get that proof is get the charges against us dropped. Then Platte River Networks gets to become the hero of sorts by announcing that they 'suddenly' found a copy of the missing emails...we get the answers to questions long asked...Hillary probably gets indicted ending her presidential run...and Platte River gets to walk.

And folks in the scope of things it really is not such a bad deal when you think about all the murders, aiding and abetting the enemy, dirty deals, lies, and cover-ups Hillary Clinton has been a part of.

As for the specific details in the charges leveled against Platte River Networks, listed were the phone numbers they accessed...phone numbers which all went down and stopped working...were lines for White House military support desks, lines for the Department of Defense and the Department of Energy, as well as lines for major financial institutions, hospitals, a U.S.-based line for IBM China, and the help desk number for T2 Communications. And it was T2 Communications, the telecommunications firm which owned Platte River Networks, who filed the lawsuit against them on November 20, 2014 (see full complaint here: http://www.scribd.com/doc/274449754/Platte-River-Networks-Lawsuit#scribd).

This lawsuit claims it had provided 16 phone lines to an insurance broker called Cambridge until they decided to switch providers and signed up with Windstream Communications, who worked with McLeod USA (a local exchange carrier owned by Windstream), and Platte River Networks. But instead of taking over the agreed upon 16 lines, T2 claims that the companies asked for 390 more lines in what they called 'intentional misappropriation,' claiming as well that these companies did this by illegally accessing the database for the 'Number Portability Administration Center,' the master agency which manages all U.S. phone numbers.

In addition, the lawsuit states that the lines were dead for at least 21 hours, and that it took T2 at least 10 days and major sums of money to unravel the mess and get the numbers back under control. And Platte River’s specific role in all this...as per the lawsuit...they were supposed to be involved in “spotting any red flags” and “resolving any inaccuracies” with the deal...and they did neither. The lawsuit states to that affect that Platte River Networks “acted negligently and breached this duty by failing to identify that the 390 additional lines were improper.”

And this raises the question as to how Platte River Networks was actually able to illegally access not only these master data bases but how they could make secure a server used by the U.S. Secretary of State...a position of importance whose correspondence would have been a target for foreign hackers...but for some odd reason was not. So did Platte River Networks use their 'connections' to pull both these things off never mind that a lawsuit was bought against them or were they bought off by someone to do what they did...not an accusation but still something that must be considered because servers...secure or otherwise...that are able to be wiped clean are NOT an everyday occurrence nor is it cheap to do. And why did East coast based Hillary listen to Bryan Pagliano and decide to use a Denver-based computer service firm with no security clearance instead of a company closer to home with security clearance as most people in her position would have done to protect important information.

Also, isn't it just more than a bit odd that Platte River Networks only took control of Hillary's server and emails after their own private email network was updated in 2013, and only did so after the Benghazi investigation started moving somewhat full steam ahead...so now there's that pesky word 'connections' again but 'connections' to who, to where, and to needed monies to do what Hillary knew needed to be done...as in wiping the servers clean...and the cost factor be damned.

And know this goes much deeper than just mere 'connections'...and that brings certain words to mind not just on the financing end but on the allegiance end as well...words like Arab money...muslim money...and lots of it...as Hillary Clinton's very allegiance and loyalty to America has now come into question.

In tomorrow's Part 2 of our investigative report, 'Emails, Servers, Leaks, and Cover-Ups' we will address the afore mentioned issues and specifically the top secret emails themselves along with who we think is behind the current leaks.