Today is the official day we honor Law Enforcement Officers nationwide...yet today should be but one day out of 365 for we should honor and respect those wearing the badge...men and women in blue (and police dogs too) who put their lives on the line to protect us every day of the year. 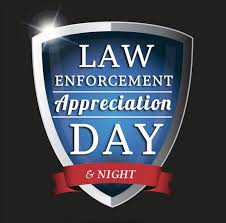 Vice President Mike Pence on Wednesday night had his first interview following the killing of Qasem Soleimani. He sat down with CBS News' Norah O'Donnell to discuss what took place.

"Iran's supreme leader called the attack a slap in the face but are you worried a punch in the gut may be around the corner?" O'Donnell asked.

Email ThisBlogThis!Share to TwitterShare to FacebookShare to Pinterest
Trump: Since 1979, world has tolerated Iran's terrorist adventurism, "Those days are over."
By Robert Spencer / Jihad Watch

More perfidy from the worst president in US history. The more we know, the worse he is.


That’s an excellent question, one that many people may be asking right about now.

Word on the tweet is that the Ayatollah Khameini is going all LBJ and picking targets at U.S. positions in Iraq in 2020 with his missiles.

Read entire article here: https://gellerreport.com/2020/01/but-but-but-obamas-amazing-iran-deal-outlawed-the-missiles-the-ayatollah-are-using.html/
Posted by Diane Sori at 8:36 AM No comments: