We'll stay on until a winner is declared. 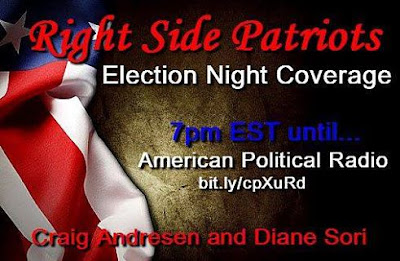 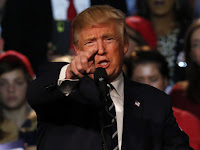 So when you go to the polls today please remember that while you are taking your hopes and dreams for America's future in the voting booth with you there will be four ghosts from America's past going in there with you as well... Christopher Stevens, Sean Smith, Tyronne Woods, and Glen Doherty. Please cast your vote with them in mind because we all know why they cannot.

Nor can Brian Terry; nor those of Extortion 17; nor can those thousands of brave American heroes needlessly killed in the 'announced date of withdrawal' theaters of war called Iraq and Afghanistan; nor can those civilians left dead in Hillary's wake with Vince Foster but one coming to mind.

Remember the emails...U.S. classified secrets 'bleached,' hacked, and all the lies told. Remember the words 'pay for play' via the money laundering operation known as the Clinton Foundation.

Remember our Second Amendment rights that could very well be take away. Remember the Supreme Court turning so far to the left that it will take generations to 'right.'

Remember that the last thing our beloved America needs is a surrogate presidency of Obama's term three.

Remember all this and so very much more, but above all else remember that America is still a Republic...a Constitutional Republic to be exact...what our Founders and Framers intended us to be...and we sure do not need her continued to be disassembled and rebuilt into something we no longer recognize by a socialist, criminal, lying, islamic-condoning, murdering traitor called Hillary Rodham Clinton.

And so I remain especially today...TRUMP/ Pence 2016   #NeverHillary  #DrainTheSwamp