Wishing all my blog followers a Happy New Year...
a better year than 2020 was. 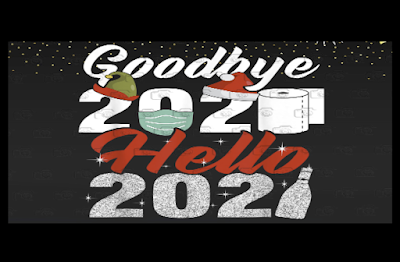 Email ThisBlogThis!Share to TwitterShare to FacebookShare to Pinterest
Labels: 2021, Happy New Year
Florida Governor Had the Perfect Response to Reporter's Question About the Coronavirus Vaccine

Florida Republican Gov. Ron DeSantis was asked by a reporter whether or not he has been vaccinated for the Wuhan coronavirus. The governor had a pretty good answer.

"No," DeSantis began. "What I have said is 'I'm willing to take it but I am not the priority.'"

The governor said that when it is his turn to take the vaccine he will. But DeSantis wants seniors, people like his parents and grandparents, to be first in line for the vaccine.

"Granted, I'm an elected official but whoop dee do," DeSantis added. "At the end of the day, let's focus where the risk is."

The governor's selflessness over the vaccine is in sharp contrast to that of progressive Rep. Alexandria Ocasio-Cortez, who cut in front of the line to get vaccinated before the elderly and the vulnerable. It was too much for even her fellow "Squad" member, Rep. Ilhan Omar (R-MN), to bear.

Those who love liberty, justice and truth will applaud such testimony, leftists, looters, arsonists and destroyers will explode.

President Donald Trump’s campaign adviser said the team is aiming to present evidence during a potential congressional debate on Jan. 6 if lawmakers in the House and Senate object to states’ Electoral College votes.

As of Wednesday, it appears that at least one member of the Senate, Sen. Josh Hawley (R-Mo.), and a number of House lawmakers will object to the electoral votes during the Joint Session of Congress. Hawley announced he would object to the electoral vote, pointing to previous Democratic efforts to do so during the 2004 and 2016 presidential elections. After the objection, an hours-long debate will occur.

Miller said that evidence could be presented in Congress, which would differ from what the Trump campaign presented in courts over the past several weeks.