Hiding From Behind: “Global coalition needed to stop Islamic State”

More weakness and cowardice from the jihad sympathizer in the White House.

In the wake of Obama’s catastrophic failure in Iraq and Syria, the Obama administration is laying off on everyone else. The “Junior Varsity” team has conquered whole swaths of the Middle East and there is no stopping them. At least not while Hussein is in the White House.

Obama’s Secretary of State John Kerry, in a NY Times editorial, which I am sure the Islamic State reads every morning over the pile-up of heads and corpses, is a “global coalition using political, humanitarian, economic, law enforcement and intelligence tools to support military force.” Obama has no global coalition. He has alienated every ally we had. Unlike George Bush, who had a “Coalition of the Willing” of 48 countries.

This is just another embarrassing example of Obama’s impotence. The rise of the Islamic State is a direct result of Obama’s foreign policy — the disengagement and dismantling of American influence and power in the Middle East and the world. The spread of jihad is the symptom of a vacuum.

Whenever jihad wins, it is only by default: by the moral failure of those who evade the fact that there can be no compromise on basic principles (paraphrasing Ayn Rand).

We have the military, cultural, and moral superiority to defeat jihad. We choose not to. A global coalition needs a leader. Has anyone called Stephen Harper?

Instead, the 28-nation bloc's heads of state and government tasked their executive body to "urgently" prepare tougher economic sanctions that could be adopted within a week, according to EU summit chairman Herman Van Rompuy.

The decision on new sanctions will depend on the evolution of the situation on the ground but "everybody is fully aware that we have to act quickly," he added. The EU leaders call on Russia to "immediately withdraw all its military assets and forces from Ukraine," they said in a joint statement.

NATO said this week that at least 1,000 Russian soldiers are in Ukraine. Russia denies that. NATO also says Russia has amassed some 20,000 troops just across Ukraine's eastern border, which could rapidly carry out a full-scale invasion.

The fighting between the military and Russian-backed separatists in eastern Ukraine has so far claimed 2,600 lives, according to U.N. figures.

The U.S. and the EU have so far imposed sanctions against dozens of Russian officials, several companies as well as the country's financial and arms industry. Moscow has retaliated by banning food imports.

"If Russia continues to escalate the crisis it will come with a high cost," said EU Commission President Jose Manuel Barroso. "It's time for everyone to get down to the business of peace-making.

It is not too late, but time is quickly running out," he said.

Mike Shedlock/ Townhall Finance
Obamacare greatly expanded Medicaid coverage, but there is a hidden gotcha that may come back and haunt your heirs for benefits you receive from age 55-64.

This is not new news, but few read and understand the "fine print".

In a warning about the "fine print" and in response to Moral Dilemma: Should a Libertarian Who Does Not Need Food Stamps, but Qualifies for Them, Take Them? reader "TL" writes ...

Medi-Cal, and many other state Medicaid programs include a ‘claw-back’ provision for recovery of costs incurred by the state to provide medical care. While there is much variation in particulars from one state to another, the bottom line is these costs include a monthly ‘administrative fee’

When first put into effect, these ‘claw-back’ provisions were primarily intended to recover costs to the state of providing long term nursing home care for older recipients.

ObamaCare’s expanded Medicaid has, of course, now waived the assets portion of the ‘means test’. But under current law, those assets are subject to ‘claw-back’.

At the moment, the monthly ‘administrative fee’ amount for Medi-Cal is $611. Those who sign up for Medicaid may not be doing themselves any favors.


Medi-Cal estate recovery refers to state action to reclaim certain Medi-Cal costs from the estates of beneficiaries after their death. This program, which has been in place for decades, has received renewed attention from policymakers because of reports that some individuals newly eligible for Medi-Cal as expanded under the Affordable Care Act (ACA) may not enroll for fear that their house and assets could later be seized.

... States also have the option to take a more expansive approach and seek recovery of costs for other covered services, not just LTSS, provided to beneficiaries age 55 and older. California has chosen this option and seeks recovery of Medi-Cal costs for all covered services provided to beneficiaries age 55 and over, with the exception of personal care services provided through the state’s In-Home Supportive Services (IHSS) program. California has elected to use property liens to protect its claim in cases where the beneficiary was permanently institutionalized and not expected to return home. Medi-Cal places a lien against the beneficiary’s property while the beneficiary is still alive so it can seek recovery when the individual passes away or when the property is sold. 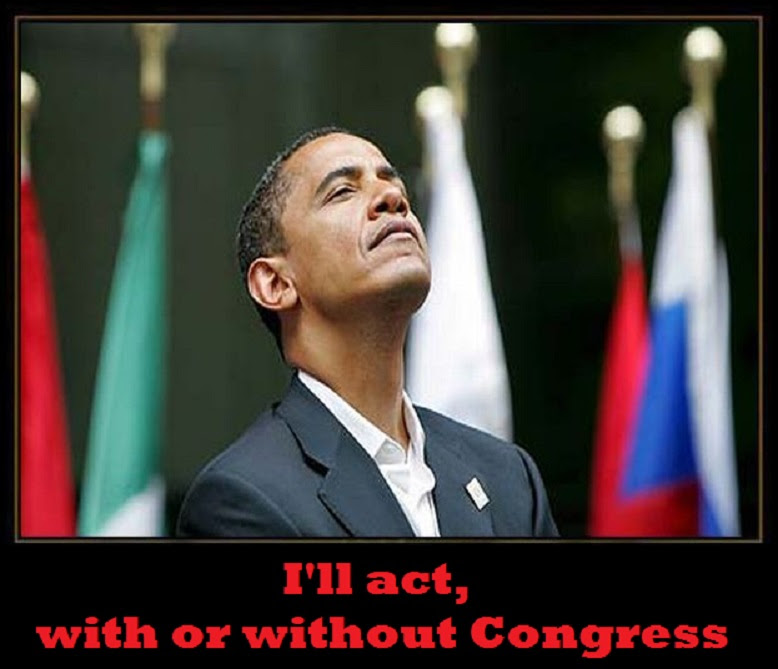 Less than two years after four Americans got massacred in a terrorist attack on the U.S. Special Mission in Benghazi, Libya the Obama administration is disregarding congressional opposition to lift a decades-old ban on Libyans attending flight schools and training as nuclear scientists in the United States.

Judicial Watch  The ban was implemented in 1983 after a wave of terrorist incidents involving Libyans. The African nation continues to be a hotbed of terrorism and in fact, the U.S. Embassy in Tripoli was recently evacuated because violence between rival militias has created a deadly environment. Many other foreign governments have also shut down their embassies in Libya because the violence has spread throughout the entire country. 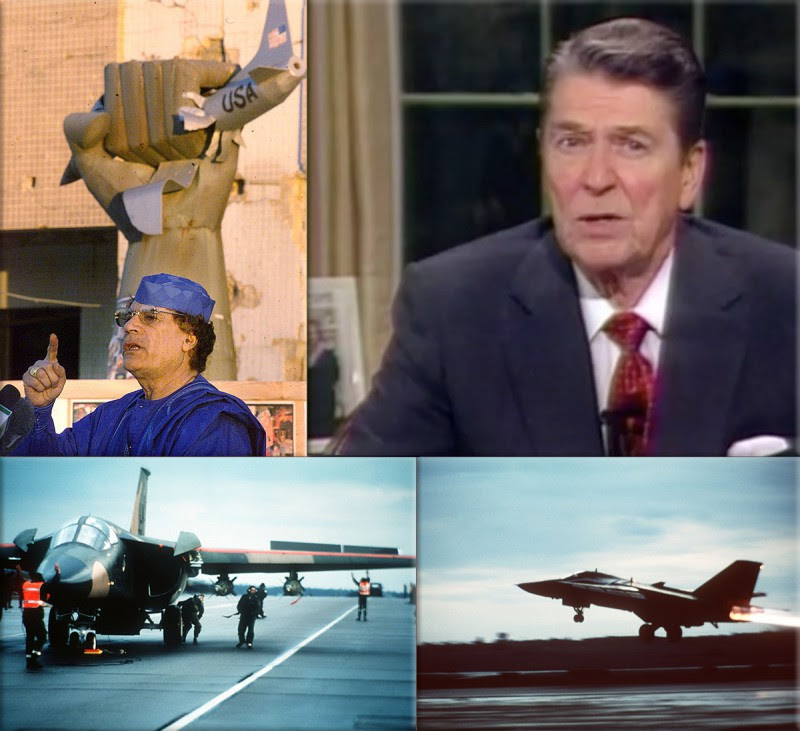 Nevertheless, President Obama has discounted congressional opposition to let Libyans train as pilots, airplane mechanics and nuclear scientists in the United States. Perhaps the commander-in-chief has somehow forgotten that many of the 9/11 hijackers—mostly Saudi nationals—received their training in American flights schools because our government allowed it. Have we not learned that it’s a really bad idea to help our enemies obtain skills that could later be used to attack us?

Official word of this senseless change comes via a final regulation approved by the Office of Management and Budget (OMB). It lifts the longtime prohibition on Libyans coming to the U.S. to attend flight school, work in aviation maintenance or flight operations or to study or train in nuclear science. The Obama administration claims that the ban is no longer necessary because the “United States Government and the Government of Libya have normalized their relationship and most of the restrictions and sanctions imposed by the United States and the United Nations toward Libya have been lifted.”

Coming soon, to a flight school near you. 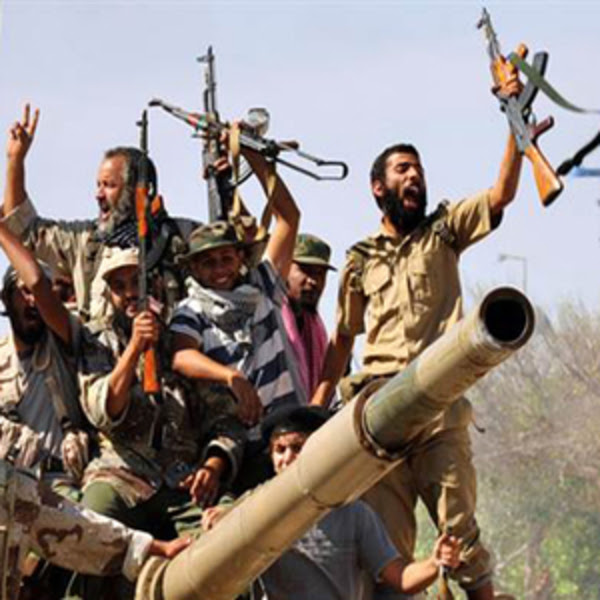 The move comes just a few months after a congressional hearing addressed what was then the administration’s proposal to overturn the 30-year ban. Before actually reversing the longtime regulation, the administration was required to provide Congress with certain documents that were never provided, according to the heads of the House Judiciary Committee and House Oversight and Government Reform Committee considering the matter. In other words, the president has once again blown off Congress and this week the lawmakers involved in the process expressed outrage.

“The Obama Administration is turning a blind eye to real terrorist threats that exist in Libya today by carelessly forging ahead with its plan to allow Libyan pilots and nuclear scientists to study in the United States,” said House Judiciary Committee Chairman Bob Goodlatte. “The House Judiciary Committee has repeatedly sought information about the Administration’s policy reversal but political appointees at the Department of Homeland Security have stonewalled the Committee’s requests and have not articulated why it is in Americans’ best interests to change policy.

Given the ongoing volatility in Libya, it is unconscionable and completely irresponsible that the Administration plans to lift a longstanding policy that protects Americans and our national security from threats in the region.”

At the congressional hearing earlier this year, a top Homeland Security official revealed that the Hillary Clinton State Department first requested the Libyan ban lift in 2010. Three years later, the official, Alan Bersin, told Congress, Homeland Security Secretary Janet Napolitano agreed to begin the process to amend the regulations relating to Libya. This illustrates that the administration started working to lift the ban long before the 2012 terrorist attack on the U.S. Special Mission Compound in Benghazi. Clearly, it was not enough to deter the administration from going forth with its dangerous plan.