I wonder whether most people truly understand the scope and import of Obama's lawless order to halt deportations and allow work permits for up to 5 million immigrants living illegally in the United States.

How much contempt for the law can a chief executive officer of the United States government demonstrate?

The Daily Caller is reporting that a Congressional Research Service memo provided to the Senate Judiciary Committee states that "under the November 20, 2014, policy memorandum, foreign nationals who receive deferred action status may be eligible for work authorization. As a result, a foreign national who receives deferred action status may be able to have all of his or her Social Security-covered earnings count toward qualifying for a Social Security benefit (all earnings from authorized and unauthorized work)."

This means that these immigrants will profit from their double wrongdoing -- being here illegally and using a fraudulent Social Security number -- at the hands of the very government that instituted those laws and whose duty it is to enforce them. These earnings could count toward their retirement, disability and survivor benefits.

“Indeed, Allah has purchased from the believers their lives and their properties [in exchange] for that they will have Paradise.

They fight in the cause of Allah, so they kill and are killed.”

That’s Qur’an 9:111, the justification for suicide attacks. Will some moderate Muslim spokesman in the West kindly explain how the Islamic State […]

Posted by Diane Sori at 7:06 AM No comments:

Anyone who still believes Obama is not an antisemite is either antisemitic himself or has eaten an overabundance of mushrooms.

The agreement guaranteeing Israel’s oil supplies in wartime was first signed in 1975.


The US has not renewed a historic agreement under which it guaranteed a supply of oil to Israel in emergencies, that is, instances in which Israel might be cut off from its regular commercial sources of oil because of war or closure of sea lanes. The agreement expired in November 2014, and since then the US administration has done nothing to renew it, Washington sources told “Globes”.

The sources said that it...

Despite the backlash against the open letter sent last week by Republicans to Iran's leaders,

Democrats say they are still prepared to support legislation that could impose new sanctions on Iran or give Congress review power over the deal, Politico reported.

"The letter's incredibly unfortunate and inappropriate," North Dakota Democratic Sen. Heidi Heitkamp, who voted for the sanctions bill in committee and is a sponsor of the congressional approval legislation, told Politico. "That doesn't diminish my support for the legislation that we introduced."

The White House has been lobbying Congress to stay out of its negotiations. White House chief of staff Denis McDonough wrote to Senate Foreign Relations Committee Chairman Bob Corker to hold off on a vote on his bill that would give Congress 60 days to reject or approve any deal until after the administration finished its negotiations.

The bill has nearly a dozen Democratic supporters but McDonough argues that the measure "goes well beyond ensuring that Congress has a role to play in any deal with Iran."

Corker has said that he has not seen any Democrats back away from their support of his measure.

"Nobody's dropping out. We've had reaffirmed commitment," from Democrats, he told Politico.

As it stands, nearly all of the 54 Republicans and more than a dozen Democrats in the Senate are on board.

OBAMA REGIME takes Iran and Hezbollah off the terrorist list

When will they be putting Israel, Jordan, and Egypt on it? The U.S. intelligence community’s Worldwide Threat Assessment removed Iran and its proxy Hezbollah from the list of terror threats to the United States. 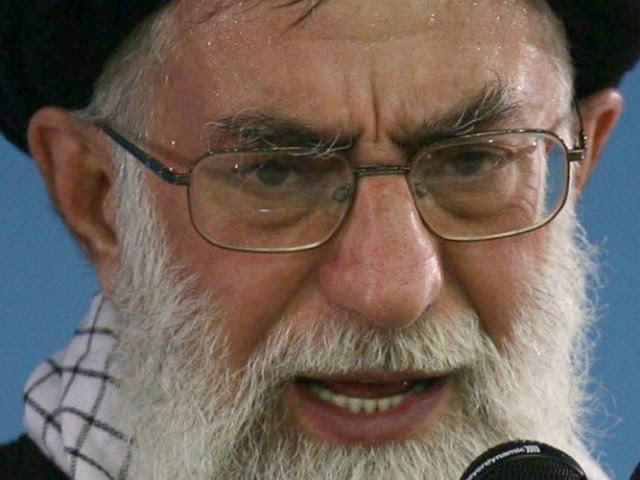 Breitbart  The annual assessment of the intelligence community, which is released by the Office of the Director of National Intelligence, led by General James Clapper, backed away from years of precedent when the decision was made to remove Iran and Hezbollah from the terrorism threats list, The Times of Israel reports.

Outside of the politically correct verbiage and categorization issues (such as replacing the term “jihadist” with “violent extremist”), the report reveals that the intelligence community believes Tehran presents a persistent, significant threat to the United States.

The report reveals that Iran presents a significant threat to the United States: “The Islamic Republic of Iran is an ongoing threat to US national interests because of its support to the Assad regime in Syria, promulgation of anti-Israeli policies, development of advanced military capabilities, and pursuit of its nuclear program.”

With regard to Iran’s WMD (Weapons of Mass Destruction) program, the report states: “We continue to assess that Iran’s overarching strategic goals of enhancing its security, prestige and regional influence have led it to pursue capabilities to meet its civilian goals and give it the ability to build missile-deliverable nuclear weapons.” 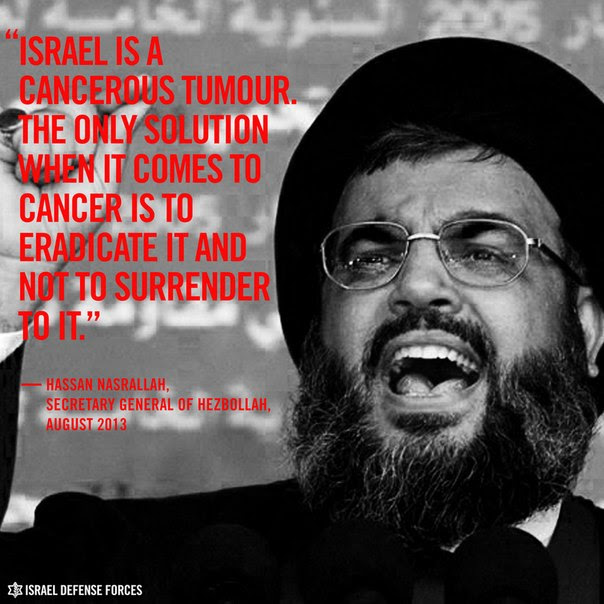 “Iran does not face any insurmountable technical barriers to producing a nuclear weapon,” the Worldwide Threats Assessment adds.

The assessment on Iran’s WMD program ends with a startling conclusion about Iran’s ballistic missile advances. The report adds.We judge that Tehran would choose ballistic missiles as its preferred method of delivering nuclear weapons, if it builds them.

Iran’s ballistic missiles are inherently capable of delivering WMD, and Tehran already has the largest inventory of ballistic missiles in the Middle East. Iran’s progress on space launch vehicles—along with its desire to deter the United States and its allies—provides Tehran with the means and motivation to develop longer-range missiles, including intercontinental ballistic missiles (ICBMs).

In the cyber realm, the DNI Threat Assessment warns that Iran has “undertaken offensive cyber operations against private sector targets to support their economic and foreign policy objectives.”

Although the intelligence community report confusingly removed Iran from its list of terrorism threats, Iran’s intentions and capabilities are still presented as one of the foremost threats to the United States.