Letting in the Wrong Refugees

Fresh terror busts in Australia expose a common Achilles' heel of the West: Indiscriminate refugee policies turn free countries into breeding grounds for jihad. It's the same game in America. Soldiers of Islam have weaponized our blind generosity against us.

In Sydney this week, authorities detained a half-dozen Muslim plotters and arrested a top collaborator in an alleged conspiracy to kidnap and behead a random Australian citizen. The accused mastermind? Afghan refugee turned Aussie Islamic State recruiter Mohammad Ali Baryalei. He and his aristocratic family were welcomed Down Under decades ago. Baryalei returned the favor by taking to the streets of Sydney to recruit and radicalize dozens of fellow Muslim immigrants or their children.

Baryalei's minions include Australian jihadist Khaled Sharrouf, the homicidal son of Lebanese immigrants. Sharrouf is now based in Syria, where he infamously tweeted a photo of his elementary school-age son brandishing a severed human head.

International "human rights" wags have attacked Australian officials for trying to crack down on unfettered immigration from terror-sponsoring states. Now, many of those ungrateful imports are crying "Islamophobia" as law enforcement authorities try to stop the head-choppers from spilling blood on their soil.

Australia, we feel your pain. America's unselective and desultory asylum and refugee policies have also enabled jihadists of all stripes and blades to recruit, convert, plot, pillage, rape and kill.

In our heartland, Minneapolis has become "Little Mogadishu" -- a haven for Somali refugees targeted by Islamic supremacists. It's a deadly two-way street. As former federal prosecutor Andrew McCarthy noted in "The Grand Jihad," "We not only import Somali aliens, including their 'traditional leaders.' We also send back aspiring Islamist militants, including suicide bombers. Since 2006, the FBI has detected that many Somalis are returning to fight on behalf of al-Shabaab, and more are launched from Minneapolis than from any other U.S. haven."

Liberal activists are slamming Hillary Clinton in a members-only group on Google, with some calling for Massachusetts Sen. Elizabeth Warren to run for the White House in 2016 to teach the former secretary of State and mainstream Democrats a lesson.

"The establishment Dems need to be punished, and the best way for that to happen is for Warren to beat Hillary in the primary on a populist message," Carl Gibson, a progressive activist and writer for Occupy.com, wrote in an email obtained by The Hill.

Warren, 65, who is in her first term, has repeatedly said that she would not seek the presidency in 2016. Clinton, 66, who is seen as the likely Democratic nominee, has said that she will decide early next year on whether to run.

The Hill said it reviewed "hundreds of emails" from a the "Gamechanger Salon," a private, members only forum through which nearly 1,500 progressive activists, journalists, and strategists discuss issues and develop messaging efforts.

The group is run by Billy Wimsatt, founder of the progressive League of Young Voters, according to MediaTrackers.org, which first reported on the Gamechanger Salon earlier this year.

Its members include prominent Democrats, executives of such powerful unions as the SEIU and AFL-CIO, and officials and members of such organizations as Planned Parenthood, the Sierra Club and the Progressive Change Campaign Committee.

The president of NARAL Pro-Choice America, Nancy Keenan, is a member — as well as journalists who work for such liberal news organizations as The Nation magazine and The Huffington Post.

New members to the group have to be sponsored by a current member, both the Hill and MediaTrackers report.

According to the Hill, the emails it reviewed from June 2013 through July show a clear dissatisfaction with Clinton.

"[A] Clinton presidency undos [sic] all our progress and returns the financial interests to even more prominence than they currently have," Melissa Byrne, an activist with the Occupy Wall Street movement, said in a November 2013 email.

The newspaper talked with a half-dozen Gamechanger Salon members this week, learning that the frustration with Clinton has only grown since it last read some of the emails.

Generally speaking, the emails slam Clinton as "too much of a hawk, too cozy with Wall Street" — and that she "hasn’t spoken out enough on climate change, and will be subject to personal questions and criticisms," the Hill reports.

But group members seem to be most upset with Clinton's vote for the Iraq War in 2002 when she was a New York senator.

She has since said that her vote was a mistake.

"The more progressives I talk to, the more people tell me that they’ll never forgive her for voting for the Iraq War ... and won’t even vote for her in the general," Ryan Clayton, a progressive commentator and strategist, said in a July 2013 email.

Charles Lenchner, executive director of the progressive group Organizing 2.0, told the Hill that Clinton — and anyone else who backed the war — was "tainted."

"And personally, I would like to see a Democratic Party where folks who enabled George Bush to drag the country into a permanent war are punished at the ballot box," Lenchner said in an interview.

A Clinton spokesman declined to comment to the Hill.

Email ThisBlogThis!Share to TwitterShare to FacebookShare to Pinterest
Read more »
Posted by Diane Sori at 2:19 PM No comments:

Email ThisBlogThis!Share to TwitterShare to FacebookShare to Pinterest
'Certain' People Need to Get their Facts Straight
By: Diane Sori

A 'certain' videographer has posted a video saying AIDS is completely preventable and would disappear if "certain" people would just 'behave themselves' and 'keep their tongue where it belongs' and other such nasty uncalled for comments. And to make this worse is the fact that this person is using children as their touch-point by saying there would be more money for childhood disease research if we didn't "WASTE" money on AIDS research. This person forgets that a good percentage of AIDS cases came from tainted blood NOT from sexual contact and that it is also heterosexually transmitted. AIDS is NOT just a disease of "certain" people but is an equal opportunity disease and to use children as the focus to condemn "certain" people is just plain wrong.

FACT: AIDS is the #6 leading cause of death for both gay and heterosexual persons in the world today with 1.78 million people dying of AIDS every year according to the WHO
FACT: Heterosexual sex has accounted for a growing share of transmissions over time, representing 25% of new infections according to the Kaiser Family Foundation
FACT: Analyses of data from cities with high AIDS prevalence found that about 2% of heterosexuals were infected with HIV (KFF)
FACT: one can get AIDS by receiving blood transfusions, blood products, or organ/tissue transplants that are unknowingly contaminated with HIV
FACT: you can get AIDS through occupational exposure like being pricked by a needle that has been used to draw blood from an HIV patient (a risk in the medical profession)
FACT: AIDS can be gotten through contact between broken skin, wounds, or mucous membranes even for heterosexuals
FACT: AIDS can be transmitted by being born to an HIV infected mother or can be passed from mother to child during pregnancy, birth, or breastfeeding.
FACT: in Africa AIDS is primarily a heterosexual disease
FACT: Heterosexual drug users can unknowingly get AIDS by sharing needles, syringes, rinse water, or other equipment used to prepare injection drugs

URGENT ALERT — ISIS threatens to obtain US soldiers’ addresses and slaughter them at home! Please Send This to Every Military Personnel You Know!

A law enforcement bulletin obtained by FoxNews.com warned that Islamic State fighters have increased calls for “lone wolves” to attack U.S. soldiers in America in recent months, citing one tweet that called for jihadists to find service members’ addresses online and then “show up and slaughter them.”
There will be “a continued call – by Western fighters in Syria and terrorist organizations – for lone offender attacks against U.S. military facilities and personnel,” warned a July law enforcement intelligence bulletin from the Central Florida Intelligence Exchange, a state-run agency that gathers, assesses and shares threat information and works with the Department of Homeland Security. “These threats will most likely increase should the U.S. or its allies attack the Islamic State of Iraq and Sham (ISIS) in Syria or Iraq.”

In one example cited in the bulletin, a British jihadist encouraged radicals still living in the West to use Facebook and LinkedIn to find and target soldiers.

“You could literally search for soldiers, find their town, photos of them, look for address in Yellowbook or something,” the tweet read. “Then show up and slaughter them.”

The bulletin came out long before Tuesday’s indictment of an upstate New York man on a raft of terror-related charges, including attempting to kill “officers and employees of the United States. Mufid Elfgeeh, 30, of Rochester, was indicted Tuesday by a federal grand jury on three counts of attempting to provide material support and resources to Islamic State. Elfgeeh was arrested in late May in a Walmart parking lot after a sting in which an FBI informant offered to sell him guns and silencers, which Elfgeeh allegedly wanted to use to kill returning American troops as well as Shiite Muslims living in the region.

Killing U.S. troops on American soil is is an increasing focus of  jihadists, according to the bulletin, titled “Continued Threat to Military Personnel from Al-Qaida Inspired Homegrown Violent Extremists.” It was sent out on July 8, 2014 “in response to recent social media messaging from Western fighters in Syria calling for attacks against “soldiers in the West.” Instead of luring radicalized Americans to the Middle East, Islamic State will likely encourage them to stay home and kill U.S. soldiers here, the bulletin warned.

“U.S.-based [Home-Grown Violent Extremists] could be inspired by this rhetoric to turn their attention towards carrying out attacks at home,” the bulletin states.

Leave NO man behind... 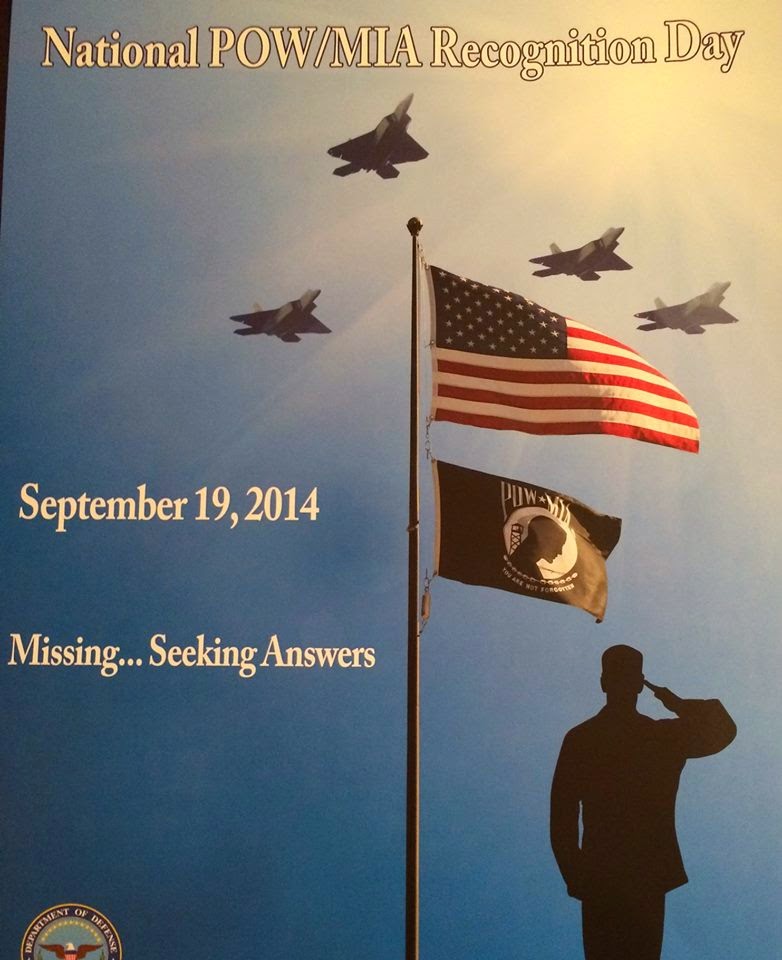