Jews are being murdered in cold blood as they walk down the street. What country would put up with their citizens being slaughtered — just for being Americans, Germans, Britons? or in this case, Jews?

Obama, the antisemite, is blaming the Jews.

The Obama administration is demanding that Israel stand down while Jews are gruesomely murdered. Stand down the way this rat did in Benghazi. The Obama administration has urged both sides to take “affirmative steps” to calm tensions. Does Obama expect the Jews to do nothing? They are under attack. They are joining the Jew-hating UN in denouncing the Israeli response to Islamic terror. What response? They haven’t done anything yet.

Obama’s sanction of jihad in...

Obamacare, depending on who you ask in the GOP, is either a calculated Trojan Horse designed to collapse and release single payer health care upon the American public, a flawed piece of legislation that needs badly to be revised, or the greatest evil inflicted on the American public since slavery. But what if it was something far simpler: namely, free money for Democrats? A recent report by the Government Accountability Office (GAO) to congressional requesters provided to this author suggests that this explanation may, in fact, be the correct one.

Buried in the document’s appendices is a stunning statistic. Out of $5,509,074,183 in grants allocated to state-based exchanges, $1,453,766,433 was spent on actually building the IT infrastructure of Obamacare websites. More suspiciously still, nearly $2.4 billion was authorized for IT spending, and of the over $5.5 billion total, apparently only $3.2 billion was actually spent. However, despite the exchanges being $2.3 billion under budget, only a scant $300 million has been returned to the federal government so far.

A cynical observer might suggest that this money was never intended to be used for health care at all. Rather, it would seem that it went to Democratic governors as free money for them to shore up their coffers and pay them back for political support. Illegal? Unethical? Such concerns have never been worth much to an administration marked by the kind of Leftist political cynicism personified by President Obama’s administration.

Peace in our time. “Iran Rejects Obama’s Iran Nuke Pact, Writes Own ‘Deal’ To Disarm Israel,” by Jordan Schachtel, Breitbart, October 13, 2015: The Iranian parliament has rejected the formal, legal text of President Barack Obama’s nuclear deal, negotiated in July by the U.S., U.K., France, Germany, Russia, China and the Tehran regime. Instead, the […]


Op-ed:
The Doctor is NOT in the Republican House
By: Diane Sori / The Patriot Factor / Right Side Patriots on http://cprworldwidemedia.net/

Well folks it seems that we now have NOT one but two Democrats dressed in Republican clothing running for president. According to a Townhall report released yesterday, Dr. Ben Carson joins Donald Trump in only fairly recently becoming a registered Republican. Basing their report on public records obtained by 'The American Mirror,' Carson it seems only added his name to the Republican roster less than a year ago.

And while the Carson campaign did NOT initially counter that Carson registered as a Republican only last year, they did, however, try to 'fudge the truth,' if you will, by citing that Florida state records showed Carson was registered to vote in Florida since July 2013 and was a Republican, but they oh so conveniently NEVER stated when Carson officially became said Republican.

So I will tell you...according to the Palm Beach County Supervisor of Elections (SOE) office, Dr. Benjamin S. Carson, M.D., first registered with the 'Independence Party of Florida' (IDP) in 2013 when he declared Florida as his 'official domicile,' but only filed for a record update/change to his party affiliation...from IDP to the 'Republican Party of Florida'...on October 31, 2014, less than six months before declaring his candidacy for the Republican nomination for president. Even Donald Trump, who has switched political party affiliations at least five times since the late 1980s...first registering as a Republican in July 1987, switching to the Independence Party in October 1999, then becoming a Democrat again in August 2001...finally settled in as a Republican in April 2012 when he first considered running for president. 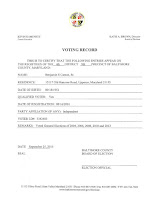 And what does this mean...it means that Dr. Ben Carson, just like Donald Trump, most likely had political aspirations of some sort for quite some time starting when he too was a registered Democrat. However, when seeing that he could NOT pull off the nomination running against Hillary even if running as an Independent...which he became in 2006 while residing in Maryland where the Baltimore County Board of Elections reports that Carson did vote in the general elections but did NOT vote in any primaries...yet another thing he has in common with Donald Trump...then and only then did Carson decide to again switch parties, this time to Republican after seeing how well his February 2013 National Prayer Breakfast speech had gone over with Republicans nationwide.

And it was mere months after this speech, a speech where he rightfully criticized both ObamaCare and government intrusion into health care in general, while Obama sat in the audience looking like a deer caught in the headlights, that Carson cleverly transitioned himself into a Republican seeing that the friction within the party could be used to his political advantage...and the actual party date changes are a bit too coincidental to be anything but a ploy that he NEVER wanted exposed. Make NO mistake that the man who claims he is NOT a politician is in fact the consummate politician, but do NOT get me wrong for I believe Dr. Ben Carson is a brilliant man dedicated to his true profession of medicine, but that does NOT mean that he should be venturing into areas he knows little if ANYTHING about. And while the character of a candidate has become the main touch point for many...especially for the uber religious far right who choose which candidate they will support based solely upon a candidate's religious affiliation instead of basing their choice on the all-important politics, policies, and platforms shown over an extended period of time...having someone suddenly becoming a Republican means that person has most likely NOT aligned with the all-important party platform for longer than the six months before declaring their run for the presidency.

And it's NOT just the party platform, but the basic concept of truth in words as well, for Carson's recently claiming that it was his hearing Ronald Reagan speak coupled with his policies that convinced him to leave the Democratic party and become a Republican is just the words of someone pandering for Republican votes for Reagan was president in the 1980's...Carson...like I said above...officially became a Republican NOT even one year ago. 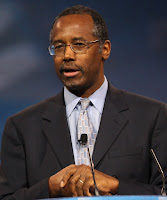 And Texas Tea Party leader Katrina Pierson words have now come back to haunt Carson as well. Saying that just, “Six months prior to Dr. Carson’s announcement, his platform was void of top Republican primary issues including life, the second amendment, and God. It did, however, include sustainable development, social justice, and a 25% tax on all sporting events,” is in fact the platform pushed by the IBP of Florida. This is NOT good folks NOT good at all for now NOT only have we been duped by the bearer of soft-spoken words we long to hear, but we have another flip-flopper and platform opposer in our midst. 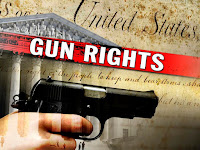 As an example, let's take the Second Amendment...now saying he supports the Second Amendment in full, Dr. Carson sang a different tune in 2013 when he was guest on Glenn Beck‘s radio show after his triumphant reception by Republicans after his National Prayer Breakfast stint. Stating that NO one should be able to own semi-automatic weapons of any kind in large cities, Carson seemed to favor gun ownership by location...the Second Amendment be damned. Saying “I think if you live in the midst of a lot of people, and I’m afraid that that semi-automatic weapon is going to fall into the hands of a crazy person, I would rather you not have it,” were his exact words adding that if you live “out in the country somewhere by yourself and want to own a semi-automatic weapon, I’ve no problem with that.”

Last time I checked the Second Amendment was NOT location specific.

And contrary to the Republican platform is the entire concept of 'sustainable development vs the environment'...another name for what amounts to Agenda 21. Back in 2012, Dr. Carson felt that greed encompassed most of the other “negative aspects of capitalism,” suggesting that the capitalist system in general lacked any regard for the environment by his claiming that the very industrialists who helped propel our country to the forefront of the global economy were much more interested in growing their businesses than they were in protecting the environment...NOTHING but typical liberal-speak I would say. But now, low and behold, Carson sings the praises of capitalism as it suits his pandering for Republican votes, but true to his Democratic roots he abandons said Republican platform on, for example, jobs creation (saying the minimum wage should be raised); immigration ("Deportation is a moral low road; create a guest worker program.”); and his once again showing his true feeling about firearms by claiming that, “On 'Stand Your Ground': Turn down the rhetoric.”

And the multi-millionaire who said back in September 2012 that, “I will not lick the boots of billionaires,” and that, “Important experience is having a brain, not being politician,” (August 2015) has himself turned into the afore-mentioned consummate politician who has NO problem taking the donations of the rich to help finance his campaign, and like Donald Trump, tells the people what they want to hear without having the much needed experience to be able to back up his words. But then again that is the hallmark of a Democrat and know that once again, just as with Donald Trump, Dr. Ben Carson is NOTHING but a Democrat dressed in Republican clothing...Republican clothing that is yet NOT even a year old.

So like many times before, we are being led like lambs to the political slaughter by a politician who loves to claim that he is anything but, who now has been exposed just like the emperor who had NO clothes, and 'We the People' best wake up before we lose it all in 2016.

For more on what we face in the 2016 election, please read my 'Right Side Patriots' partner and friend Craig Andresen's article here: http://www.thenationalpatriot.com/2015/10/14/in-2016its-the-gop-nominee-or-full-on-socialism/