Just one day after America, under President Donald Trump, decided to abandon the destable nuclear pact with Iran forged by Barack Obama, France’s president telephoned Tehran and tried to sidestep the U.S. decision and assure that the deal was not dead.

Europe used to be the shining star of the West, the beacon of freedom and enlightenment for the world. But now?

It’s a deal-maker with terrorists.

Read entire article and see video here: https://gellerreport.com/2018/05/europe-shining-star-west-chosen-disgrace.html/
Posted by Diane Sori at 10:32 AM No comments:

We can only hope that they do, so that this deep and fetid swamp can be drained. “Angry Iran threatens to expose Western officials who took bribes to make nuke deal happen,” by Vivek Saxena, BizPac Review, May 13, 2018: Shortly after President Donald Trump withdrew the United States from the Iran nuclear deal last […]
Read in browser »

Welcome to Fox News First. Not signed up yet? Click here.
Developing now, Monday, May 14, 2018 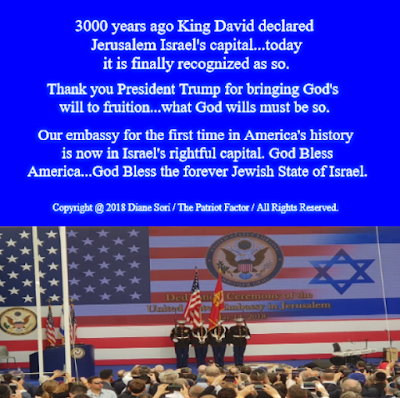