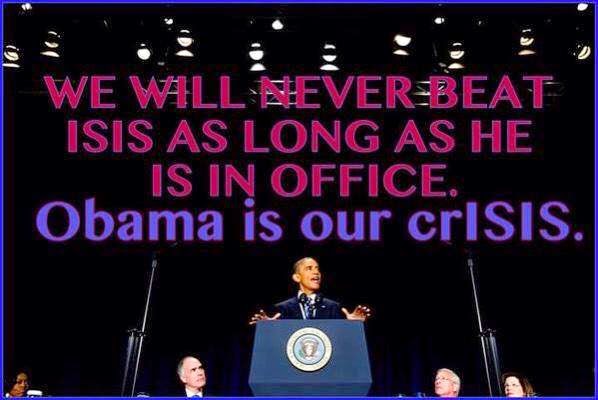 Posted by Diane Sori at 9:53 PM No comments:

This is another victory for Iran, which backs the Houthis with money and weaponry. Iran now has control or significant influence in Baghdad, Damascus, Beirut and Sanaa. Only the Islamic State and Saudi Arabia are in the way.


Yemen’s Shia Houthi rebel movement has announced it is taking over the government and dissolving parliament.

In a televised statement, the group said a five-member council would act as the president for an interim period.

The group took control of the capital Sanaa in September, forcing the resignation of President Abed Rabbo Mansour Hadi in January.

The announcement comes after the failure of UN-brokered peace talks.

The Houthis set a Wednesday deadline for political parties to reach an agreement on ending the country’s political turmoil, threatening to act unilaterally otherwise.

The rebels move would mark “a new era that will take Yemen to safe shores”, the statement said, according to Associated Press.

The declaration is the final stage of what many Yemenis have seen for months as a Houthi coup.

Government decisions will now be dictated by revolutionary committees, dominated by the rebels….

Posted by Diane Sori at 7:01 PM No comments:

Japan Gets Ready For War

Japan: The Abe government wants permanent authority for sending Japanese forces on logistic missions for multi-national troops. At an Upper House Budget Committee meeting on 5 February, Abe said he's considering permanent legislation because quickly deploying the forces abroad is difficult when the Diet is in recess.

Abe also said that seeking Diet approval when deploying the forces abroad has been customary. He said he will consider the matter in pursuing the permanent legislation. He ruled out the possibility of combat missions for Japanese troops.

Comment: All past Self Defense Force overseas missions have required passage of a special law authorizing each deployment. This legislation might be a key component -- a building block -- in a larger strategy to enable Japan to respond more quickly to defend its citizens and interests. If that hypothesis is accurate, permanent authority for logistics missions probably is less contentious than other steps because Japan has contributed logistic support to multiple missions since 2001.

Obama's $22 Billion Student Loan Bailout Will Only Get Bigger

Tucked into Obama's fiscal year 2016 budget, Politico found that thanks to the executive actions taken unilaterally by Obama this summer, the Department of Education's student loan program posted a $21.8 billion deficit last year and that number could go up substantially next year:


The 40 million Americans with student loans are now saddled with more than $1.2 trillion in outstanding debt. And with higher education costs rising much faster than inflation, the already massive program has been growing at a spectacular clip; direct government loans alone increased 44 percent over the last two years despite an aura of austerity in Washington. The Obama administration has tried to ease the burden for some borrowers by reducing their payments to 10 percent of their income and forgiving their loans after 20 years; this year, the Education Department plans to make all borrowers eligible for that “pay-as-you-earn” relief.

Student loan defaults increased somewhat last year, but the department says the primary drivers of the unprecedented “re-estimate”—budget-wonk jargon for the update of expected loan costs—were Obama’s policy changes, the recent ones as well as the upcoming ones. And because of a quirk in the budget process for credit programs, the department can add the $21.8 billion to the deficit automatically, without seeking appropriations or even approval from Congress.
...
It’s not yet clear whether this will be a hefty one-time revision, or a harbinger of oceans of red ink as millions more borrowers get relief on their payments to the government. Several reports by Barclays Capital have warned that Obama’s generosity to borrowers could leave the student loan program as much as $250 billion in the hole over the next decade. And behind closed doors, officials in the White House budget office and the Treasury Department have criticized the Education Department’s loan models as overly optimistic, with some officials pushing internally for third-party audits.

What? You’re surprised? Details below.

“Obama quietly hands out names of Muslim leaders he met with privately,” by Dave Boyer, The Washington Times, February 6, 2015:


The White House has finally divulged the names of American Muslim leaders who met with President Obama this week, including Imam Mohamed Magid, who has advised the administration on formulating responses to incidents that Islamists consider offensive.

After stonewalling journalists for two days about the names of the participants at the meeting Wednesday, the White House quietly attached the list of attendees to the end of its daily press briefing transcript Thursday evening.

The guest list identified Imam Magid as a representative of the Adams Center, a...

Posted by Diane Sori at 6:15 PM No comments: 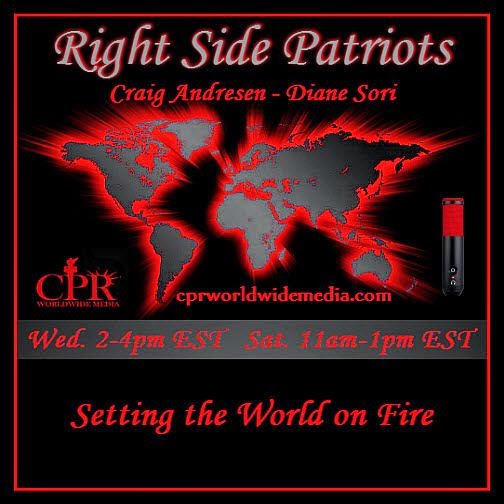 Today, Saturday, February 7th on RIGHT SIDE PATRIOTS on CPR Worldwide Media from 11am to 1pm EST, Craig and Diane will continue their discussion about the Jordanian pilot being burned alive by ISIS, the muslim world's response, ISIS' claim that American hostage Kayla Mueller was killed in the Jordanian airstrikes, and Obama's grievous comments at the National Prayer Breakfast.