Here in America we are now sadly bearing witness to a violent rise in hate-crimes being perpetrated against American Jews, with said rise beginning even before the latest conflict between Israel and Hamas began. Now reaching a high point of sorts via an allowed increase in anti-Semitic speech online...speech which more times than not includes the words, “Hitler was right”...our Jewish population knows more trouble lies ahead.

And with certain very vocal anti-Israel politicians in Congress adding fuel to the growing anti-Semitic fire...fuel courtesy of their not only comparing Israel to Nazi Germany, but their blaming all the world's Jews for what they consider to be the “apartheid policies” of Israel...these politicians have allowed for Jew-hatred to become not a legitimate cause for concern that must be addressed but instead a cause to be championed. And the American public is either unaware as to the severity of what's becoming an unsettling trend of growing antisemitism here in the U.S. or they're aware but have willingly chosen to turn a blind eye to it instead. 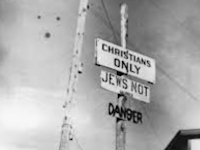 And while history itself shows that some degree of anti-Semitism has always existed here in the U.S...remember, for example, that by the end of the 1930s, 83% of Americans were opposed to U.S. admission of Jewish refugees trying to escape Hitler's slaughter, and also remember the “No Jews Allowed” discourse of the 1950s...today's current hardcore reigniting of what was waning anti-Semitism started back in 2019, when then newly-elected Rep. Ilhan Omar was rightfully named “Anti-Semite of the Year.” But what exactly did she do to deserve such a dubious yet seemingly so well deserved honor but accuse America's Jews of possessing dual loyalty with and allegiance to Israel, and of buying both political influence and political favors with their supposedly vast amounts of money.

And with this being just the tip of Ilhan Omar's ever increasing amount of ongoing Jew-hating rhetoric spewed, the six words she probably will be most remembered for is her now and forever infamous statement regarding Jews and their money, as in “It’s all about the Benjamins baby.” And to throw yet another log on the now ever growing Jew-hating pyre, this very statement was so proudly endorsed by the equally vile anti-Semitic duo of David Duke, the former head of the KKK and the Nation of Islam's titular head, Louis Farrakhan. 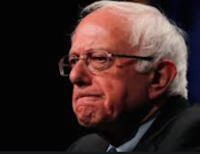 But no matter Ilhan Omar's words said back in 2019 nor even her words of Jew and Israel hatred currently being spewed, and no matter her “Squad” sisters in hate...as in Reps. Rashida Talib and Alexandria Ocasio-Cortez... whose very words about Jews and Israel being in quite the same vein as Omar's...it's the looking away by both the Democrat hierarchy and by Democrats themselves that has allowed for anti-Semitism to grow and flourish here in our country. How so and why? Simply because the Democrat hierarchy and their media cohorts have turned the future of the once honorable party of JFK over to the socialist ilk of Omar, Talib, and Ocasio-Cortez with Bernie Sanders thrown in for what they consider good socialist measure.

And history has shown that where socialism takes hold so too does anti-Semitism for anti-Semitism seems to go hand-in-hand with the Democrats now seemingly anti-capitalism agenda...an agenda easily seen in the implementation of Biden's socialist leaning economic policies. And why this dubious connection...because a free economy that is minus religious bigotry simply does not allow for either socialism or religious hatred to take hold because capitalism itself encompasses racial, ethnic, and religious tolerance as a means by which to help said country's economy grow. And this alone is the antithesis of socialism where a country's economy remains basically stagnant while power is consolidated into the hands of a few...something we are currently bearing witness to. And if the few in power happen to harbor ill-feelings towards a specific group of people...as in anyone different than the sum of their accepted whole...and here insert the word Jew... things like anti-Semitism can and now sadly do take hold. 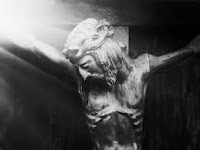 And with anti-Semitism being called "the world's oldest hatred," one has to wonder exactly why such Jew-hatred not only still exists but seems to be increasing not only on a global scale but here in the United States as well. So to truly understand we must first consider the root cause of said hatred which boils down to a man named Jesus, and who was and who was not to blame for his death.

Simply, Jesus, who was born, lived as, and died as a Jew, knew not of Christians for he was out to reform the Judaism of his day not set upon creating a new religion. And the fact is that the Jews of Jerusalem were not responsible for Jesus' death...Pontius Pilot alone was for the Jews of Jerusalem at the time of Jesus were but slaves, and no slave had the power to influence the Romans as to whom to kill or not kill. Jesus, in reality, was just another victim of the politics of his time, with politics then becoming the basis upon which Jew-hatred was created by the early Church founders who had to find a way to separate what was the true Judaism of Jesus from the newly created Catholic faith. 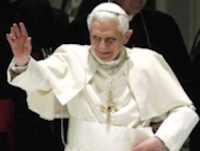 But here let's fast forward to more modern times and the fact that the Holy Roman Catholic Church under Pope Benedict XVI exonerated the Jewish people for Jesus' death while most Evangelical congregations have not officially done so, thus leaving the old hatreds not only somewhat intact but still being propagated as truth. And it's this being one key reason, in my opinion, that has allowed anti-Semitism to reemerge as a problem here in our country for many to the far right are as anti-Semitic as are liberals to the far left...thus allowing for a twisted “normalizing of hate,” if you will, that seems to equate into a certain acceptance of outward bigotry towards American Jews.

And while some claim that the seemingly unending Middle East conflicts, the call for a Palestinian homeland, and the influence of muslims here in America are what's helping to fuel the rise of anti-Semitism here in the U.S., I believe there is now and always has been another reason for the reemergence of anti-Semitism...a reason that many will deny yet a reason many others know deep down to be truth, and in a single word that reason is “jealousy.” And know that said jealousy is surely not of the Jewish religion or its beliefs and practices per se, but is simple jealousy of all that Jews have accomplished in spite of their being cast as pariahs throughout the entirety of recorded history. 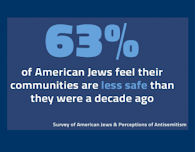 But know that jealousy alone does not necessarily turn one into an anti-Semite. In fact, studies have shown that what irks most anti-Semites above all else is how well the Jewish people have not only overcome the societal obstacles some deliberately throw in their path, but that they have successfully assimilated into the society in which they live. And why do Jews so willingly assimilate... because they know well that to assimilate...to blend into their host or birth country's dedicated masses...actually lends itself to success. But, unfortunately it's proven to be success with a caveat for success itself can lead to jealousy in some, which then if the political situation lends itself to upheaval, allows simple jealousy to morph into outright politically fueled and for some politically advantageous anti-Semitism.

And sadly, then the old tropes and stereotypes of Jews resurfaces coupled with actions and corresponding reactions taken, which lends itself to a resurgence of hate courtesy of liberal baited media fodder, which in turn leads to a rise in anti-Semitic actions more times than not especially against certain more visibly religious segments of America's Jewish population....as in Orthodox and Hasidic Jews. 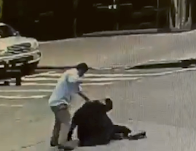 But what exactly does breed this now outwardly exposed contempt of Jews here in our country as it must be about more than simple jealousy of Jewish success achieved, whether said success be of the monetary, occupational, or professional kind. And herein lies where the hate and the jealousy can more easily be explained, for while the anti-Semites amongst us love to herald what they call “overwhelming Jewish malfeasance and power grabs” courtesy of what they claim to be unfair advantages and “power behind the scenes”...the truth is that what these folks hate and fear most is their own underlying failings...anger over failings which they then transfer over to those who are truly successful.

And know that the Jewish people here in the U.S. are some of the most successful, learned, and economically prosperous of all of Americans and it's for the simple reason that Jewish people as a whole value education and an intact family unit, especially in today's heated political climate, more than most do. And with said family unit being foremost at the center of Jewish life, family becomes the glue that holds both life's ups and downs together. And with traditional family values helping to ground ambition, the striving to make a success of one's life can be encouraged so as to flourish and grow. 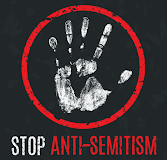 And this very act of encouragement, I believe, is not only missing from certain other minority groups but from a certain segment of the general population as well. And it's these very folks who seem to champion anti-Semitism as a way to deflect attention off their own numerous faults and aforementioned failings.

Simply, the rhetoric of hate against Jews now engulfing our beloved America, coupled with a decided lack of personal encouragement to better oneself...betterment not at the expense of others of course...is indeed the driving force behind jealousy of other's successes which in turn, I believe, has led to a rise in hate-crimes being perpetrated on Jews. And that, dear reader, is something that should have no place in today's 21st century America whether one be a Christian or a Jew, a Republican or a Democrat, with skin color not withstanding.

Tomorrow, Tuesday, June 22nd, from 7 to 9pm EST, RIGHT SIDE PATRIOTS Craig Andresen and Diane Sori discuss 'On Anti-Semitism in America'; 'Birds, Barbecues and Other Racist Nonsense'; and important news of the day.