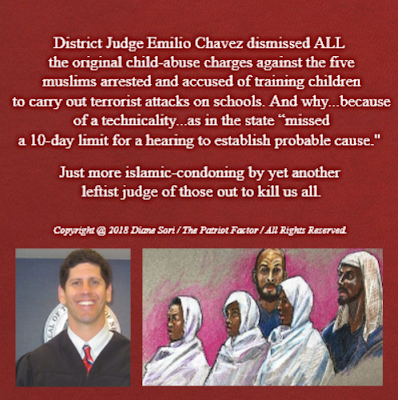 Welcome to Fox News First. Not signed up yet? Click here.
Developing now, Thursday, August 30, 2018
· President Trump tweets that joint military exercises between the U.S. and South Korea would be suspended as a gesture of goodwill toward North Korea, while warning that the exercises could relaunch “far bigger than ever before” if he wants them to
· At least 1,500 people pay their final respects to Sen. John McCain at the Arizona state Capitol. McCain died of brain cancer last Saturday at age 81.
· A professor who was reportedly a confidential source in the FBI’s Russia probe is at the center of a DOJ complaint that alleges wasted taxpayer dollars, according to interviews and documents reviewed by Fox News
· CNN defends its reporting of the controversial Trump Tower story amid backpedaling from its confidential source
· A judge on Wednesday released three suspects tied to a New Mexico compound, where alleged Muslim extremists reportedly trained children to become school shooters, after charges against them were dropped because authorities missed a 10-day limit for a hearing to establish probable cause

With many political pundits scratching their heads over President Trump's polling stability and resilience in the wake of a full week of punishing headlines, it's important to bear in mind that voters are evaluating how the president is executing his job.  For many people, that's a different metric than approving of the president's character, endorsing his personal favorability, or reacting to the controversies that surround him.  The basic calculus for a great many Americans is whether or not they're better off under this administration than they were before.  And for a great many Americans, the answer is 'yes.'  Here's yet another strong economic indicator of the health of the US economy, again surprising many experts:


Consumer confidence rose in August to its highest level since October 2000, building on July's solid result. The Conference Board's index rose to 133.4 in August, despite expectations from a survey of Reuters' economists that it would fall to 126.7. The measure rose slightly last month to 127.4, up from 127.1 in June as consumers reported better feelings toward the economy in the near-term but less optimism about long-term growth.

Hungarian Prime Minister Viktor Orbán met with Italian Interior Minister Matteo Salvini in Milan….. assuring Salvini of his support and telling reporters he is his “hero.” This is the kind of cohesion needed more among Western leaders in defense of free societies. Salvini stated: “We are close to a historic turning point for the future […]
Read in browser »

“The post went up quietly on Facebook’s internal message board last week. Titled ‘We Have a Problem With Political Diversity,’ it quickly took off inside the social network,” Kate Conger and Sheera Frenkel report for The New York Times. “We are a political monoculture that’s intolerant of different views,” senior Facebook engineer Brian Amerige wrote in the post.

It must be hell to work at Facebook if you are not a dogmatic leftist robot.

Despite the increased chatter about Facebook’s autocratic speech policies, things have not gotten better. In fact, they have gotten worse. Like most totalitarians, the leftists dig in, secure in their absolute power. They continue to steamroll over our most basic freedoms. In the past two weeks, I have been suspended twice — and any of my readers who shared this post were suspended as well.

We need government intervention and we need these employees subpoenaed.