Kudos to the Clark County organizers for standing for what’s good and right, and refusing to submit to the sharia and rebuffing the thugs and goons over at the foreign agents at Hamas-CAIR.

But General Boykin deserves our gratitude and respect. Does Mayor Leavitt...

Quit trashing Obama's accomplishments. He has done more than any other President before him.

Then he was the First President to tell the members of the military that THEY were UNPATRIOTIC for balking at the last suggestion. (Thank God he didn't get away with THIS one.)

How is this 'hope and change' working out for you?
Posted by Diane Sori at 9:55 AM 2 comments:

In a decision that could have major implications in the Nov. 4 election, the Supreme Court upheld a lower court ruling that determined the law unconstitutionally added a requirement for voting.

The high court noted the Arkansas Constitution lists specific requirements to vote: that a person be a citizen of both the U.S. and Arkansas, be at least 18 years old and be lawfully registered. Anything beyond that amounts to a new requirement and is therefore unconstitutional, the court ruled.

"These four qualifications set forth in our state's constitution simply do not include any proof-of-identity requirement," the ruling said.

Arkansas is among a handful of states where voter ID requirements have been in limbo. Last week, the U.S. Supreme Court allowed new restrictions to take effect in North Carolina but blocked Wisconsin's ID requirement.

"We are thrilled that the Arkansas Supreme Court eradicated this artificial, vote-stealing law," said Holly Dickson, legal director of the American Civil Liberties Union of Arkansas, which had sued to strike the law down. "It was an unconstitutional barrier that has already stolen legitimate voting rights and we are thrilled to see Arkansans' voting rights restored."

Wednesday's ruling could impact political races in Arkansas, where early voting is set to begin Monday. The U.S. Senate race between Democratic incumbent Sen. Mark Pryor and his Republican challenger, U.S. Rep. Tom Cotton, is one of the most heated in the country, and the GOP views the seat as key in its bid to win control of that chamber.

We'll Tell You How Dangerous Ebola Is After the Election

There had never been a case of Ebola in the U.S. until a few months ago. Since then, thousands of people have died of the disease in Africa, and millions upon millions of dollars have been spent treating Ebola patients in the U.S. who acquired it there, one of whom has died.

But the Obama administration refuses to impose a travel ban.

This summer, the U.S. government imposed a travel ban on Israel simply to pressure Prime Minister Netanyahu into accepting a ceasefire agreement. But we can't put a travel restriction on countries where a contagious disease is raging.

It's becoming increasingly clear this is just another platform for Obama to demonstrate that we are citizens of the world. The entire Ebola issue is being discussed -- by our government, not the United Nations -- as if Liberians are indistinguishable from Americans, and U.S. taxpayers should be willing to pay whatever it takes to save them.

Maybe we should give them the vote, too! If Ebola was concentrated in Finland and Norway -- certainly Israel! -- we'd have had a travel ban on Day One.

The head of the Centers for Disease Control and Prevention, Dr. Tom Frieden, justifies Obama's refusal to prohibit flights originating in Ebola-plagued countries, saying, "A travel ban is not the right answer. It's simply not feasible to build a wall -- virtual or real -- around a community, city or country."

What is it with liberals living in gated communities always telling us that fences don't work? THAT'S WHAT A QUARANTINE IS.

In about 17 tries, Merlin came up with no plausible answer. Like Frieden, Merlin kept insisting that "the only way to protect Americans" is to end the epidemic in Africa.

Why, precisely, must we attack Ebola in Africa? Research on a cure doesn't require cuddling victims in their huts. Scientists who discovered the AIDS cocktail didn't spend their nights at Studio 54 in order to "fight the disease at its source."

Until there's a treatment, we can't put out the disease there, or here. The only thing Americans will be doing in Liberia is changing the bedpans of victims, getting infected and bringing Ebola back to America. When there's a vaccine, we can mail it.

You mean the ones left in Iraq that ISIS appears to have used against the Kurds? 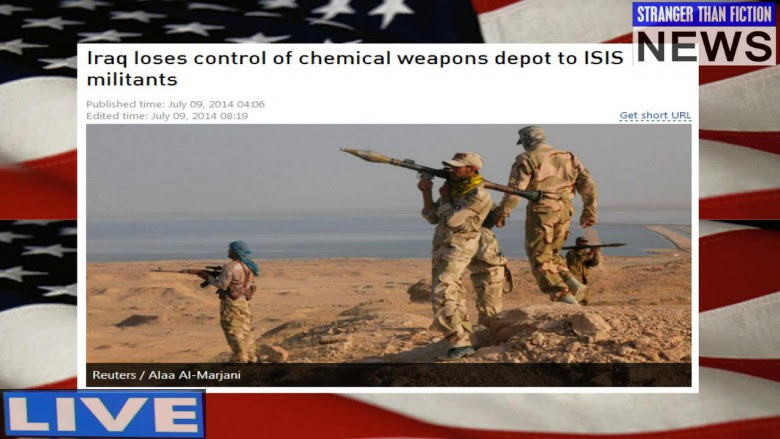 NY Times  From 2004 to 2011, American and American-trained Iraqi troops repeatedly encountered, and on at least six occasions were wounded by, chemical weapons remaining from years earlier in Saddam Hussein’s rule. In all, American troops secretly reported finding roughly 5,000 chemical warheads, shells or aviation bombs, according to interviews with dozens of participants, Iraqi and American officials, and heavily redacted intelligence documents obtained under the Freedom of Information Act. 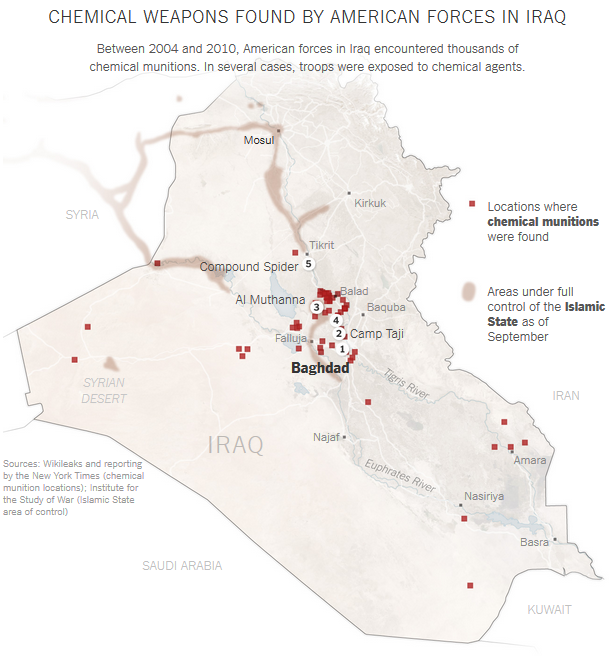 The pictures (below), obtained by the Middle East Review of International Affairs (MERIA), show the bodies of Syrian Kurds who appear to have been gassed by ISIS in the besieged Kobani region this July. That fighting came just one month after Islamic State forces surged through the once-notorious Muthanna compound in Iraq, the massive base where Hussein began producing chemical weapons in the 1980s, which he used to kill thousands of Kurds in Halabja in northern Iraq in 1988.

Jonathan Spyer, editor of the MERIA Journal, told FoxNews.com that experts believe the Kurds were slaughtered in July with what “appears to be a case of mustard gas or some kind of blistering agent.”


“It is fairly concerning that, if the pictures are genuine — and I have no reason to believe they are not — then this [use of chemical weapons] is looking clearer and clearer,” Spyer said. 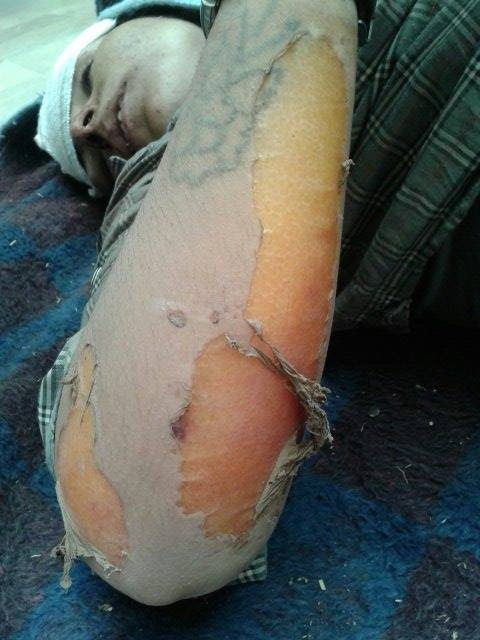 The images of the dead Syrian Kurds show bodies with large areas of white, blistered skin apparently having been burned away. Nisan Ahmed, the Kurdish authority health minister, told Spyer that, “burns and white spots on the bodies of the dead [indicated] the use of chemicals which led to death without any visible wounds or external bleeding.