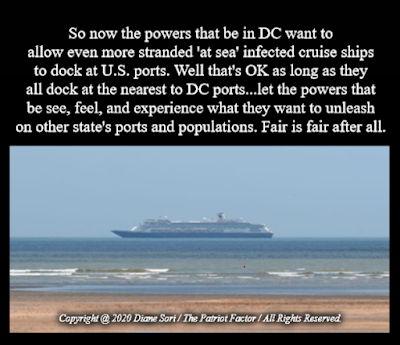 The Fifth Circuit Court of Appeals ruled in favor of Texas Governor Greg Abbott (R-TX) and Attorney General Ken Paxton (R-TX) on Tuesday afternoon, giving Texas the green light to enforce a statewide ban on performing abortions during COVID-19. The ruling from the Fifth Circuit is in response to a lawsuit from Planned Parenthood and the Center for Reproductive Rights, both of whom sued the state of Texas for the governor's order. The order followed suit of the state of Ohio, on account of abortions being “non-essential,” “non-emergent” surgeries. It was designed not to prohibit abortions, but to prioritize real medical needs; abortions necessary to save the life of the mother received an exemption under Gov. Abbott’s orde

Email ThisBlogThis!Share to TwitterShare to FacebookShare to Pinterest
NYC Mayor de Blasio threatens to shut down churches and synagogues permanently, makes no mention of mosques

This is patently unconstitutional and unlikely to stand, but de Blasio’s omission is noteworthy. As he has assiduously courted support from Muslim advocates and Islamic groups, it is unlikely that the existence of mosques in New York just slipped his mind. He threatens those whom he knows are susceptible to threats, and not those among […]

Obama Links Chinese Virus with Climate Change, Blames Trump
By: Rush LImbaugh, Mar 31, 2020
RUSH: Barack Hussein O has tweeted! Obama has weighed in. Quote, “We’ve seen all too terribly the consequences of those who denied warnings of a pandemic.” Who the hell is he talking about? Pelosi? The Democrats in New York City?
He said, “We can’t afford any more consequences of climate denial.” So now they’re linking climate change to this virus, to this pandemic — which started in China — and that’s just the first two lines of the tweet. There’s more to it.