President Trump: We're Going to Guard Our Border With the Military

During a working lunch meeting with Baltic state leaders from Latvia, Estonia and Lithuania at the White House Wednesday, President Trump said he is sending the U.S military to guard America's southern border with Mexico.

"We are going to be guarding our border with our military. That's a big step," Trump said according to the pool report. "We cannot have people flowing into our country illegally, disappearing, and by the way never showing up for court."
President Trump reiterated this statement during a joint press conference this afternoon.

"We are preparing to do that," Trump said, adding troops will stay until the wall is complete. "We have a meeting on it in a little while with Secretary Mattis. It's something we have to do."

Read entire article and see video here: https://townhall.com/tipsheet/katiepavlich/2018/04/03/president-trump-were-going-to-guard-our-border-with-the-military-n2467414?utm_source=thdaily&utm_medium=email&utm_campaign=nl&newsletterad=
Posted by Diane Sori at 8:28 AM No comments:

Nasim Aghdam may have been Bahai, or at least admired some aspects of the Bahai faith (although she seems to have missed its nonviolent teachings); at the bottom of this page she has a photo of herself over which are superimposed quotes from Bahai sources. That page also makes her animus against YouTube clear, as […]
Read in browser »

Email ThisBlogThis!Share to TwitterShare to FacebookShare to Pinterest
RIGHT SIDE PATRIOTS...for those who missed last night's show (or who just want to listen in again) where Craig Andresen and Diane Sori discussed A Former Justice, an Op-ed, and Anti-Second Amendment Rhetoric; liberal subjective thinking; and important news of the day...you can listen to it at your convenience on SoundCloud at: https://soundcloud.com/right-side-patriots-260798913/audio2018-04-03180001

Obama and his campaign army were heralded for their sagacious exploitation of Facebook and social media during the ’08 and ’12 presidential campaigns. Obama was held up as a cool, cutting edge candidate in touch with cultural zeitgeist of America, and wasn’t that really special? But when President Trump employed similar marketing techniques, were such plaudits given to him? Hardly. The party of treason in concert with their propaganda arm, the enemedia, deemed it illegal and treasonous. So it is a most welcome piece of news that the Obama campaign might be held to a similar standard of leftwing persecution.

Read entire article here: https://gellerreport.com/2018/04/obama-facebook-data-mining.html/
Posted by Diane Sori at 7:58 AM No comments:

Email ThisBlogThis!Share to TwitterShare to FacebookShare to Pinterest
Just a Thought...
Kudos President Trump
By: Diane Sori / The Patriot Factor 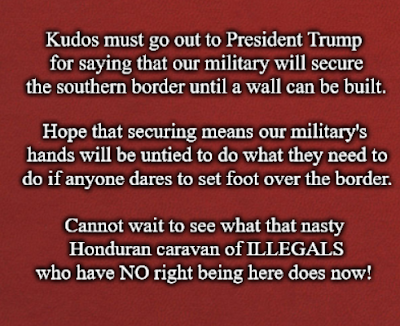