Today is a day to let Donald Trump shine...today is a day to let America shine...so how about if the media does the right thing for a change and ignores the protesters...the sore losers and clueless amongst us...don't report on them...don't give them any credence at all because if truth be told they have none.

RIGHT SIDE PATRIOTS...LIVE!
Today, Friday, January 20th, from 7 to 9pm on American Political Radio, RIGHT SIDE PATRIOTS Craig Andresen and Diane Sori present an Inauguration Special Report.
Hope you can tune in at: http://tunein.com/radio/American-Political-Radio-s273246/
Posted by Diane Sori at 2:33 AM No comments:

On Matters of Inauguration Grandstanding
By: Diane Sori / The Patriot Factor / Right Side Patriots on American Political Radio

John Lewis is “all talk, talk, talk” and should “finally focus on the burning and crime infested inner-cities.'
- President-elect Donald Trump’s rightful response to Georgia Rep. John Lewis’ remarks that he does not see him as a “legitimate president”

Grandstanding...that’s what it is...plain old-fashioned grandstanding for the cameras but done in such a way as to try and negate the will and vote of ‘We the People.’ And to date, in an in-your-face show of partisan politics...68 U.S. Democratic Congresspersons*...more than one third of the Democrats in the House...have decided not to attend President-elect Donald Trump’s inauguration saying that they cannot in good conscience participate in a ceremony that celebrates a president whose platforms 'supposedly' contradict their constituents.

And now some of those 68 not attending have said they will not only be boycotting said inauguration but will join in the many protests...including Saturday’s anti-Trump 'Woman’s March on Washington'...that will be going on in Washington D.C. at the same time as the swearing-in and continuing into the next day’s festivities or that they will join with local protesters in their individual districts who, too, will be displaying their ire and displeasure with Donald Trump...and will do so via all manner of nastiness both verbally and through actions...actions totally unbecoming representatives of ‘We the People.’

But when all the dots are connected, the fact remains that all the brouhaha encompassing those not attending the so-important American tradition of the peaceful transfer of power from the president leaving office to the incoming president, is simply that they cannot accept the fact that Hillary Clinton lost. And so these uber liberal Congresspersons have willingly joined together in a childish protest with the therapy puppy and coloring book crowd...a crowd who was blindsided by the reality that with Hillary’s loss their ‘gimme-gimme-you owe me’ free ride has finally come to a long overdue crashing end.

Claiming that they are standing strong against what they call Donald Trump’s “alarming and divisive policies,” supposed but still not proven Russian interference in the election, along with his criticism of Rep. John Lewis... what these legislators choose to forget is that it was John Lewis himself who fired the first verbal shot.

And while some see Lewis as a much revered civil rights icon because he led the 1965 march across the Edmund Pettus Bridge in Selma, Alabama...what I want these 68 Congresspersons to tell me is what things of substance in the 52 intervening years since Selma has 16-term, former community organizer, 72-year old Congressman John Lewis done? Apparently not much as Georgia 5th district, Lewis' district, continues to wallow in poverty, disarray, squalor, drugs, and crime with no sign of that abating. And now as the ring leader of this grandstanding Democratic Congressional bunch of miscreants, Rep. John Lewis has actually become the Republican’s poster boy for much needed term-limits.

Term-limits indeed and let’s now look at a few ‘truths’ about the man some continue to deem to be an icon but who in reality has proven himself to be anything but what he was 52 years ago.

"You cannot be at home with something that you feel that is wrong,” were Lewis' words said as to why he will be a Friday no-show, not realizing that these words basically mimic the very sentiments of what he told the racist hate group Black Lives Matter when he met with them just late last year, albeit with one caveat...that being it is okay to feel one way but to act yet another way if it serves one's nefarious purposes. Monitoring his words ever so careful not to (I believe) be labeled the racist that he really is, Rep. John Lewis actually urged these BLM thugs to "change America...you can do it...organize... never give in[.]"...as in never give in to or respect what he considers is the white man’s rule of law. Adding the words "never hate," in an attempt to temper down his hateful rhetoric not because hate is wrong but because hate "is too big a burden to bear," what Lewis has done with his words is place the blame for hate on BLM’s targets...meaning on we whites...meaning on our police...not on BLM’s racist agenda itself. 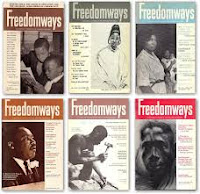 But then what can you expect from a man who has written for the Communist Party USA's periodicals ‘Freedomways’ and ‘People’s Weekly World’ on more than one occasion, and who has actually been the front-man, if you will, for groups like the Socialist Workers Party. And Rep. John Lewis has also received awards from the Democratic Socialists of America, and has supported socialist candidates throughout his years in Congress. Now add in that the man many claim is the “conscience of the Congress,” praised islamist terrorist front-group CAIR in September 2014, saying of CAIR that, “I extend my sincere compliments and admiration as you continue to make such a positive impact on the world.”

Oh really...pray tell what positive influence has CAIR made on anyone except on America's enemies. And so with those words said about CAIR does anyone on the right side of the aisle actually believe that Rep. John Lewis is the “conscience” of anything let alone of Congress...I surely would hope not.

And let’s not forget that Lewis outright lied to the media when he claimed that in 2010, Tea Party protesters shouted racial epithets and spat on him during an anti-ObamaCare rally...claims proven totally false. And now he is lying again by saying that Donald Trump’s inauguration will be the first one he has refused to attend. But the truth is that Rep. John Lewis pulled this exact same divisive stunt back in 2001, when he refused to attend the inauguration of George W. Bush, saying he did not respect or accept that election's results and that Bush's presidency was not "legitimate."

And so by his not attending the Trump inauguration and by his urging others in his party not to do so as well, Rep. John Lewis has deliberately and with malice drawn a red line in the sand...a red line that not only challenges but baits his fellow liberal Democrats to cross...a line he well knows will further divide Democrats and Republicans once crossed. 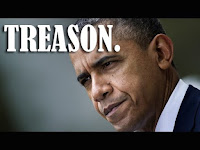 And cross that line 68 Democrats have now done all while forgetting that not only did all Republican legislators attend both of Obama’s inaugurations, but that we Republicans have had to put up with eight long years of Obama coupled with an administration rife with treachery, lies, and traitorous actions...eight long years of America’s friends and allies becoming America’s enemies and with America’s enemies becoming the playmates of a vile president who has shown time and time again complete disrespect for not only our rule of law but for our military as well. And with these past eight long years of divisiveness, hate, and still ever-growing racial strife finally coming to an end, we must never forget that these 68 Congresspersons are turning the backs on all our Founding Fathers intended this Republic to be.

But do they care...not one little bit.

And when you have Obama spokesmouth Josh Earnest chiming in and saying that he believes the boycotts are "a reflection of the division in the country right now," you just know that the Democrats...together with the traitors within our own ranks...have no intention whatsoever of trying to work with Republicans to help make America great again...to help make America exceptionalism the norm again...but to have instead every intention of spitefully stalling, vetoing, and condemning every piece of legislation the Republican controlled House and Senate tries to get passed, no matter if said legislation serves ‘We the People’ well...no matter that in the end Democrats will lose any battle they put forth as we Republicans now thankfully control all three branches of government.

But there are a few unexpected surprises...people you never imagined going to the inauguration yet who are, with the prime example being the ranking member of the House Oversight Committee, Rep. Elijah Cummings (D-Md.) who, while no friend of the Republican agenda, said he will attend President-elect Donald Trump’s inauguration, stating that it “is a decision each Member must make for himself or herself,” but adding that the event itself is “bigger than President-elect Trump.”

And Cummings, who like the proverbial broken clock that is right but twice a day, spoke of sacrifice when giving his reasons why he will attend. "There are so many people who came before me who struggled so that African Americans could be full participants in our democracy,” Cummings said in an issued statement. And by adding that,“I believe that I honor their sacrifice by asserting my democratic right to attend an inauguration,” the differences between Lewis and Cummings become glaringly obvious.

Differences indeed as Rep. John Lewis is a simple sore loser still living in accolades of the past while doing nothing of substance to help his people’s future...while Rep. Elijah Cummings honors his people’s past struggles for racial equality while at the same time understanding the symbolic meaning of the peaceful transfer of power and how it relates to black America’s future. And while I never thought I’d say this but say this I must...kudos to Rep. Elijah Cummings for putting personalities and partisan politics aside and taking a small step forward in trying to heal the racial divide...a once healing racial divide that Barack HUSSEIN Obama deliberately and with malice intentionally tore the scab off of. 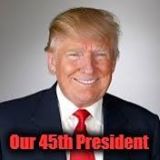 And so as millions of our fellow Americans gather around their televisions to watch the afore mentioned and time-honored peaceful transition of power, Donald Trump will place his hand on the Lincoln Bible while at the same time 'We the People' will breath a collective sigh of relief knowing that the nightmare of the past eight years is finally over. But it must be accepted as fact that there still will be many bumps in the road as Donald Trump and the Republican-controlled House and Senate attempt to undo the damage done by the traitorous president who came before. And in that attempt...an attempt that cannot and must not be expected to happen overnight...it must be known that the Democrats will be watching every step taken just waiting for Donald Trump to slip-up...waiting for their chance to pounce.

Hope you can tune in at: http://tunein.com/radio/American-Political-Radio-s273246/
Posted by Diane Sori at 12:22 AM No comments: