He WILL be back!

"And always remember, Abraham Lincoln only served one  term in Congress, too." 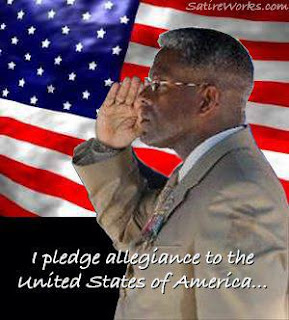 Posted by Diane Sori at 2:05 PM No comments: 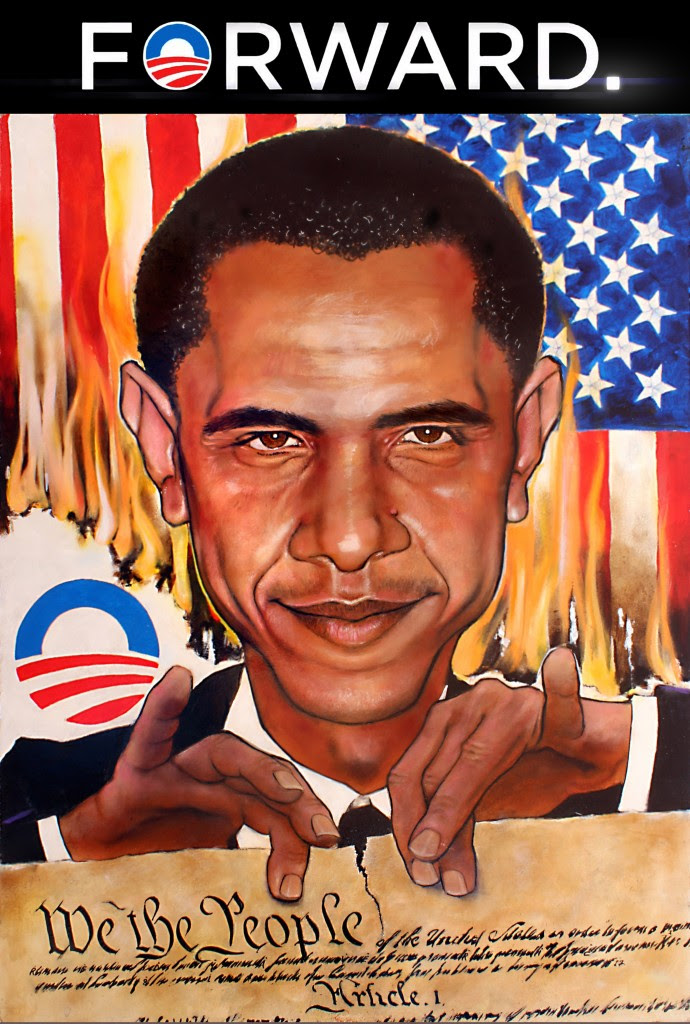 The Enemy From Within!

By Gabor Zolna / The Western Center for Journalism

Does anyone know how many times Obama has himself said that he is indeed a Muslim?  Obama having celebrated Ramadan in the White House these past four years is another clear clue.

I think that it might be about time that we believe him in this rare instance and take him for his word.  However this represents another problem, one that we will not ever be able to overcome. Wh?

Because Islam permits lying!  It is called Al-taqiyya, which means dissimulation, diplomacy and deception.

Muslims lie, not because they are natural born liars, but by choice.

Systemic lying, as a religious policy, is deadly, and unfortunately none of our elected Congressional Representatives appear to understand that.

Muslims while lying might appear to be sincere, the truth is that they are sincere, when they lie to further their cause, or for their own protection.  In order for them to be able to be effective recruiting more converts, to follow Islam, they will lie about everything, and anything.

One of the main reasons why our military cannot ever expect to win in a war against Muslims is that the only sure way that a Muslim can end up with 72 virgin’s, is if he dies, as in martyrdom, while “taking out” unbelievers in the name of Islam.  Those thoughts, and ideas are ingrained into them at birth, and as such, they have absolutely no regard for any innocent lives; that they take, just as long as they take those lives from non-believers, that refuse, if and when asked, to convert to Islam.

Muslim’s have one clear objective in mind, and that objective is world domination.  The Middle East is now closer to being dominated by radical Muslim extremists than it ever has been before, and there is only one man that has supported the Muslim Brotherhood movement and allowed them to assume power in so many Muslim countries, and that man is none other than President Barack Hussein Obama
.
Muslim’s are not permitted by Allah to kill, or to order the killing of another Muslim, and according to Allah a Muslim must do anything and everything that they possibly can to protect another Muslim. That clearly explains why Obama and his Administration never refer to terrorists or their terrorist acts as being associated with Muslims. A perfect example of this is what happened with Major Nidal Hassan at Fort Hood.

Although Major Hassan was screaming “Allah Akbar” as he was murdering and wounding American servicemen in cold blood, the Obama Administration refused to call his act as having been committed as Muslim terrorism, and instead renamed what transpired as a result of “workplace violence.” Once again, a Muslim must do anything and everything that they can to protect another Muslim, including never lying to another Muslim, as dictated by the Prophet Mohammad, unless it furthers the cause of Islam.

Is it possible that Obama is no different than the Trojan Horse?  Let’s look at what Obama has done, and is continuing to do, to weaken America.  In four short years, Obama added six trillion dollars to America’s debt.  He imposed Obamacare onto the American people, and we won’t know all of its devastating effects until it is fully implemented.

We do know that he has skillfully divided America, not only having turned the Blue States against the Red states, but by turning those that have not, against those that have. He is also in the process of dramatically weakening our military, and as such putting America at greater risk from enemy attack.

The only real way that anyone of us can gauge another man is by their fruits, so let us take a closer look at Obama’s fruits. With the Arab Spring in full effect, what has Obama done to try and reduce the persecution of Christians throughout the Middle Eastern Arab countries?  Obama’s silence is deafening.

Ever wonder why Obama has never travelled to a Muslim country with his wife Michelle? It is because she is not Muslim, and as a Muslim, he cannot travel with her to those countries. Its also interesting to note that as President he has not ever visited Israel, nor do I suspect that he ever will.

The Prophet Mohammad wrote that dogs are all dirty animals, and that they should all be killed.  That might explain why Bo has never flown on the same plane with Obama, when Bo does travel, he flies on a separate plane with Michelle and the girls, or by himself, but never with Obama.

There is little doubt in anyone’s mind that Obama won either election fairly, so the question that we all need to ask ourselves is plain: Is Obama the Trojan Horse that will help the Muslims obtain world domination?  I certainly think so, how about you?  As Americans that love our freedom, we need to do whatever we can to prevent history from repeating itself.
Posted by Diane Sori at 11:00 AM No comments:

Email ThisBlogThis!Share to TwitterShare to FacebookShare to Pinterest
Posted by Diane Sori at 10:54 AM No comments:

Michigan voters went to the polls last month to consider six initiatives. The measures had been placed on statewide ballot by private citizens. They had organized and gathered hundreds of thousands of signatures from fellow Michigan citizens, all to earn an up-or-down vote on their respective issues.

All six measures went down to decisive defeat at the polls.

Deservedly so — with the exception of Proposal 5, which would have required a vote of the people or a two-thirds legislative vote in order to raise state taxes. I do wish a majority of Michiganders had seen the wisdom of that particular idea.

Still, like it or not, the people have spoken.

Now, alas, politicians are speaking . . . and threatening to restrict the right to initiative and referendum.

“Secretary of State Ruth Johnson called Thursday,” the Detroit Free Press reported, “for a bipartisan committee to look at ways to prevent well-financed special interests from buying their way onto the Michigan ballot and amending the state’s constitution.”

Money sure helps (as does an already organized network of supporters) in any effort to gather the roughly half a million voter signatures required to get a measure on the state’s ballot. Thus, so-called “special interests” do have a leg up over ordinary folks; wealthy interests can indeed splurge, spending the money required to place any plausible notion onto the ballot. But a 0-6 record at the ballot box certainly makes clear one thing: big money and big unions and big business and big whatever cannot buy their way into the state’s constitution.

The Detroit International Bridge Co., for example, along with a number of powerful unions, supported several of the measures, including one requiring voter approval of any new international bridge and another seeking to give unions constitutional protection for collective bargaining. The big-moneyed supporters and opponents of these high-profile initiatives helped set a record for total spending on ballot measures — over $150 million.

But what exactly was the harm? Michigan’s constitution remains unaltered. Money went from well-off businesses and union members to more cash-strapped petition gatherers — a neat bit of voluntary redistribution of wealth. And besides, the voters got to make the final decision. As is best.

If the money and power of big business and big labor were limited to placing their ideas on the ballot for voters to decide — rather than intimidating or purchasing our legislators — we’d be way ahead of the political game.

Even more importantly, if the citizen initiative — so crucial to reforms like term limits and other innovative checks on the excesses of big government — is to be restricted for the most powerful political organizations, how will grassroots citizens, property rights groups, taxpayer advocates and other far less well-heeled reformers ever be able to overcome such new hurdles?

Secretary of State Johnson acknowledged as much, dodging questions as to how legislation could block “special interests” without eclipsing less special folks, and finally offering weakly that, “We just need to look at the system and make sure it’s working as well as it can, but we’ll protect that First Amendment right.”

But there’s an irony here: both big business and big labor, responsible for the super-sized spending on this year’s ballot measures, will almost certainly support reining in the citizen initiative. Why? They fear the weapon it constitutes for grassroots citizen control of government more than they value their own ability to succeed through placing measures on the ballot.

As for politicians, they have their own, almost personal, reasons to disdain direct democracy. They see citizen action as direct competition. And so their “reform” ideas so far put forth run the usual gamut of insiders’ vexation with “outsiders”:
Any of these, if passed, would be challenged and declared unconstitutional for violating the First Amendment rights of the people — just as similar enactments by legislators in Arizona, Colorado, Nebraska, Ohio, and Oklahoma have been in recent years.

No legislator or statewide official has suggested making it easier for non-special interests to put an idea before the voters. They seem to believe the people of Michigan voted correctly . . . but must be prevented from voting again.

Siding with our enemies yet again...


Remember the Obama of the debates? The one who aggressively touted strong sanctions as the way to stop Iran's nuclear program? Well, that was just as much of an act to get votes as was his pose as a Zionist.
"White House opposed new Iran sanctions," by Josh Rogin in Foreign Policy, November 30 (thanks to Kenneth):


The White House announced its opposition to a new round of Iran sanctions that the Senate unanimously approved Friday, in the latest instance of Congress pushing for more aggressive punitive measures on Iran than the administration deems prudent.

On Thursday, Sens. Robert Menendez (D-NJ) and Mark Kirk (R-IL) introduced the amendment to the National Defense Authorization Act, which the Senate passed 94-0. The new legislative language would blacklist Iran's energy, port, shipping, and shipbuilding sectors, while also placing new restrictions on Iran's ability to get insurance for all these industries. The legislation would also vastly expand U.S. support for human rights inside Iran and impose new sanctions on Iranians who divert humanitarian assistance from its intended purpose.

"The window is closing. The time for the waiting game is over," Menendez said on the Senate floor Thursday night. "Yes, our sanctions are having a demonstrable effect on the Iranian economy, but Iran is still working just as hard to develop nuclear weapons."

"We do not believe additional authority to apply more sanctions on Iran is necessary at this time," read the e-mail, which the NSC legislative affairs office said represented the entire administration's view. "At the same time, we are concerned that this amendment is duplicative and threatens to confuse and undermine some of the TRA provisions."...

Finally, the White House doesn't want to implement the part of the new legislation that would require reports to Congress on the thousands of boats that dock at Iranian ports and the dozens of Iranian planes that make stops at airports around the world. Those reporting requirements "will impose serious time burdens on the Intelligence Community and sanctions officers," the White House said in the e-mail.