Barack Hussein Obama has been in bed with the Muslim Brotherhood since before he became President and was was instrumental in helping the Brothers overthrow the secular leaders of Egypt, Tunisia, and Libya…no doubt as payback for the millions in campaign contributions they secured for him. 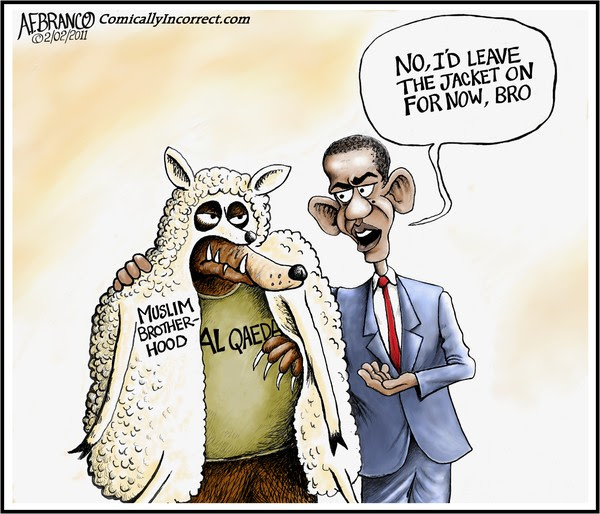 The Muslim Brotherhood motto is: “Allah is our objective. The Prophet is our leader. The Quran is our law. (Violent) Jihad is our way. Dying for the glory of Allah is our greatest ambition.” 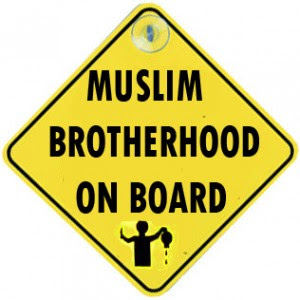 Now it’s time for Obama to whitewash the Muslim Brotherhood’s terrorist roots and present them as a moderate political faction. It is anything but. The Brotherhood’s published ideology is based on the doctrine of salafiyya which is the belief that present-day Muslim leaders have been corrupted  and must return to the fundamentalist form of Islam, practiced in the time of the prophet Muhammad.

The Blaze  The real threat to the United States is not terrorism. The real threat is the sophisticated forces of Islamism, which have collaborated with the American Left not only to undermine U.S. national security but to shred the fabric of American constitutional democracy.

The Obama Regime’s active concealment of the Islamist ideology that unabashedly vows to “conquer America.” With the help of witting and unwitting accomplices in and out of government, Islamism doesn’t merely fuel terrorism but spawns America-hating Islamic enclaves in our midst and gradually foists Islam’s repressive law, sharia, on American life. The revolutionary doctrine has made common cause with an ascendant Left that also seeks radical transformation of our constitutional order. 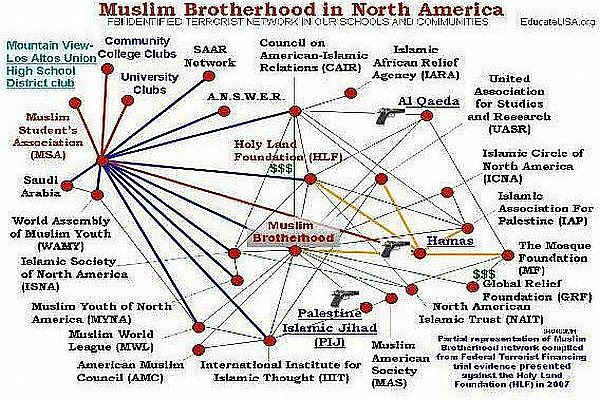 In The Grand Jihad, bestselling author Andrew C. McCarthy provides a harrowing account of how the global Islamist movement’s jihad involves far more than terrorist attacks, and how it has found the ideal partner in President Barack Obama, whose Islamist sympathies run deep. ”The Obama policy of courting the Muslim Brotherhood has not changed the Brothers. It has empowered them to advance their anti-American program.”

The animated video below highlights the dangers of Islamism, while explaining the history and overarching goals of the Muslim Brotherhood in the Middle East. Additionally, it alleges that the Obama administration has not adequately addressed — and has continued to ignore — the horrific potential associated with the group’s power siege.

It explains the radical group’s history, while exploring the breakdown of the Ottoman Empire and Sheikh Hasan Al Banna’s (an Egyptian) subsequent founding of the Brotherhood in 1928. Al Banna, the video proclaims, hated the West, was anti-colonial, embraced Shariah law and was intent on seeing Islam dominate across national lines.

See the video The Grand Jihad here:
http://barenakedislam.com/2012/04/09/the-obama-regime-defends-rolling-out-the-red-prayer-rug-for-the-radical-islamists-of-the-muslim-brotherhood/
Posted by Diane Sori at 10:51 PM No comments: 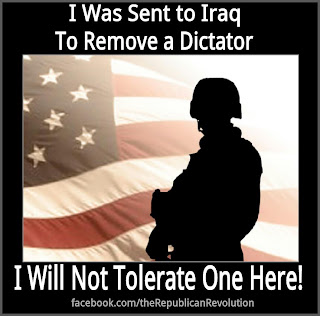