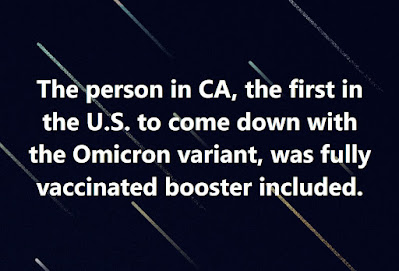 Rep. Dan Crenshaw (R-TX) had the best reaction to Stacey Abrams announcing Wednesday night that she is running for governor of Georgia in 2022.

“Opportunity in our state shouldn’t be determined by ZIP code, background or access to power,” Abrams said on Twitter along with a video about her decision.

Crenshaw responded to her tweet, “Wait I thought you said you were already the Governor.”

Since losing to Gov. Brian Kemp by nearly 55,000 votes, Abrams spent years arguing she won because voters were disenfranchised.

“I cannot say that everybody who tried to cast a ballot would’ve voted for me, but if you look at the totality of the information, it is sufficient to demonstrate that so many people were disenfranchised and disengaged by the very act of the person who won the election that I feel comfortable now saying,...Read more and see tweet and video here.

Loudoun County, Virginia, Commonwealth’s Attorney Buta Biberaj said she does not plan to recuse herself from the legal battle to remove School Board Chair Brenda Sheridan, despite the fact that a judge disqualified Biberaj from a similar case against a former school board member and despite Biberaj’s alleged involvement in some of the claims against Sheridan.

The parent organization Fight for Schools, which filed the petition to remove Sheridan, has also filed a petition to disqualify Biberaj from the case. Ian Prior, the group’s executive director, told Fox News that Biberaj has clear conflicts of interest in the case.

In order to remove an elected official in Virginia, petitioners must acquire signatures and bring the case before a judge. If a judge approves the petition, the commonwealth’s attorney prosecutes the case. Biberaj, the attorney in question, received an $861,039 assist from the George…Read more and see video here.