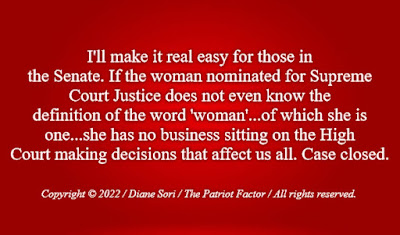 Anatoly Chubais has stepped down from his role as an international envoy for President Vladimir Putin, the most senior official to resign since Russia’s invasion of Ukraine.

Russian reports said he was currently in Turkey with his wife.

Mr Chubais was given the job of coordinating Russia’s sustainable development goals internationally.

After the war began he posted a picture of a murdered opposition figure, in what was seen as a critical gesture.

There was no comment to accompany his Facebook photo of Boris Nemtsov, on the anniversary of his killing in view of the Kremlin. He has also made no comment yet on his resignation. A source told the Tass news agency that he had left Russia as well as resigning as a special representative to President Putin.

“Yes, Chubais has resigned of his own will. But whether he has left [Russia] or stayed, that’s his personal affair,” said Kremlin spokesman...Read more and see video here.

Once again, we have another tale of Kamala Harris being an absolute brat. She’s unqualified. She’s unlikable. She’s incompetent. She’s radioactive. She gives her staffers, the ones who don’t manage to run for the hills, PTSD. She’s unprepared for just about every aspect of the vice presidency. Harris doesn’t get that her role unless being called to perform some duty as prescribed by the president of the United States is to merely stay alive. Just maintain your pulse. That’s the vice presidency. Harris just doesn’t get it.

They tried to give her things to do, like manage the border situation and boost COVID vaccination rates. She’s failed miserably at both. She also didn’t like being given the de facto ‘border czar’ title. Every time she was out there it was another episode of awkward-ville. With the number of crises engulfing the Biden White House, she’s been hurled onto the spotlight. It hasn’t gone well. She mucked up the talking points about sanctions regarding the ongoing war in Ukraine. She laughed about the Ukrainian refugee crisis in a joint presser with the Polish president. That nervous tic has become tiring. Read more, see tweets, and videos here.

Posted by Diane Sori at 6:44 AM No comments: