Sen. Jeff Sessions’ (R-AL) attorney general nomination has been fraught with partisan politics and gimmicks. Senate Democrats pulled every procedural maneuver in the book to delay a committee vote on his nomination. On February 1, Sessions was finally approved by an 11-9 party line vote to move his nomination to the Senate for a vote. Yesterday, a cloture motion on his nomination passed in a 52-47 vote.

Now, after weeks in limbo, Jefferson Beauregard Sessions III has been confirmed the 84th Attorney General of the United States in a 52-47 vote. Sen. Joe Manchin (D-WV) broke with Democrats to vote for Sessions.

Sessions' nomination was to be voted on first after getting the nod by the Senate Judiciary Committee, but Sens. Lisa Murkowski and Susan Collins (R-ME) decided to break ranks from the GOP on Betsy DeVos’ nomination to be education secretary.Her nomination also passed the Senate Committee on Health, Education, Labor, and Pensions on a 12-11 party line vote. That forced her nomination to be pushed up on the docket.

The Senate GOP needed Sessions’ vote, as the vote on DeVos was 50-50. Vice President Mike Pence who cast the deciding vote, a first in U.S. history, eventually broke the tie.

Sessions and DeVos were seen as some of President Donald Trump’s most controversial nominees. A larger fight would have occurred if it weren’t for former Sen. Harry Reid (D-NV) nuking the filibuster rules for non-Supreme Court presidential nominees, which allowed cloture to be invoked and nominees confirmed by a simple majority. No doubt that both of these nominees would have been filibustered by Senate Democrats. Given how the :Eft reacted to DeVos' confirmation, expect the liberal tears to flow again with Sessions.

So, I guess we should say thank you, Harry Reid.
Posted by Diane Sori at 8:31 AM No comments:

As per a just released Politico Survey...guess where the dispprovals come from...as if we didn't know. 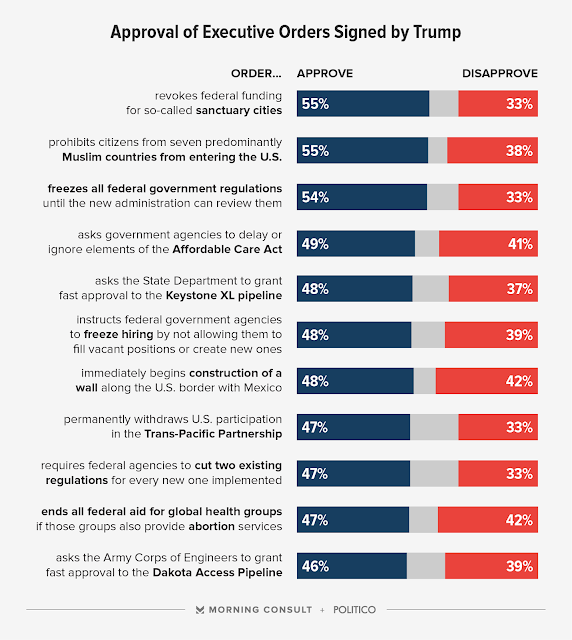 Posted by Diane Sori at 8:27 AM No comments:

Flynn: “If we can’t tackle enemy doctrines that call for our domination or extinction, we aren’t going to destroy their jihadis”
By Robert Spencer / Jihad Watch

It is so refreshing to see this realism and common sense after eight years of Obama’s denial and willful ignorance. “Flynn’s plan to beat radical Islam starts with schools and social media,” by Paul Sperry, New York Post, February 4, 2017: President Trump’s national security adviser wants to fight not just Islamic terrorists but the […]

The American Muslim convert who plotted to assassinate me and slaughter everyone who attended our free speech event in Garland, Texas got 30 years today at his sentencing hearing in Texas. We were targeted for death in the first ISIS attack on American soil because we violated the free speech prohibitions under Islamic law.

This attack was a declaration of war in the homeland. Abdul Malik Abdul Kareem should have gotten a life sentence at Gitmo.

Freedom of speech is the foundation of a free society. Without it, a tyrant can wreak havoc unopposed, while his opponents are silenced.

Islamic law forbids criticism of Islam, Quran, Muhammad. If they cannot be criticized in the US, we are in effect accepting Islamic law as overriding the freedom of speech. This would establish Muslims as a protected class and prevent honest discussion of how Islamic jihadists use the texts and teachings of Islam to justify violence and supremacism.

The Muhammad cartoons are a flash point in the discussion about free speech because according to Islamic law they are blasphemy, punishable by death. Many have been killed over them. At issue is whether we will protect those who draw them and exhibit them, and thereby protect free speech and free society, or censor ourselves and others over them, thereby in effect adopting Sharia.

Read entire article here: http://pamelageller.com/2017/02/texas-jihad-muhammad-cartoon-30-years.html/
Posted by Diane Sori at 8:15 AM No comments:

Email ThisBlogThis!Share to TwitterShare to FacebookShare to Pinterest
Just a Thought...
BLM...Terrorists Personified
By: Diane Sori / The Patriot Factor

Now that we know that President Trump is considering adding the Muslim Brotherhood to the U.S. Terrorist List here's an idea I'd like him to consider while he's at it...can he please add Black Lives Matter to the list as well for all the incidents of terror they've orchestrated against our police...just saying.