This Graph Says an Awful Lot About the So-Called ‘Recovery’

by Becket Adams / The Blaze

Lately, we’ve been hearing a lot about “the recovery” and lot of arguing over who’s to blame for its supposed slowdown. But before we got too bogged down in who’s responsible for retarding economic growth, maybe we should first look at the data.

Without one word of explanation, Harvard University econ professor Greg Mankiw posted the following graph to his blog:

As you can see, the shaded area indicates the recession and everything to the right of that is the so-called “recovery.”

So, was this what the White House meant when it said we’re moving in the right direction or should we just not read too much into the data?
Posted by Diane Sori at 5:12 PM No comments:

By Doug Book / The Western Center for Journalism
inShare2

The National Defense Authorization Act of 2013 (NDAA) is making its way through Congress, and if it is in any way different from last year’s unconstitutional onslaught against the American public, it is only for the worse.

Last year, Congress overwhelmingly passed and Barack Hussein Obama signed into law the most egregious assault on due process rights in the nation’s history. The NDAA of 2012 gave Obama unlimited authority to have members of the U.S. military detain any American citizen he suspected of posing a potential threat to the United States. According to the Act, such citizens face an indefinite period of imprisonment with no right of habeas corpus, no right to trial, no right to present proof of innocence, and no method of appeal.

In his signing statement, Obama made a point of offering false and cynical protestations against this indefinite detention language, claiming his administration “…[would] not authorize without trial the indefinite military detention of American citizens.” Of course, those concerns were no more than verbal crocodile tears as Senator Carl Levin later revealed it was Obama himself who demanded the detention powers be part of the Act.

In mid-May, Obama issued an 8 page Statement of Administration Policy expressing his views on the existing 2013 version of the NDAA. In it, Obama makes no mention whatever of the controversial “revocation of due process” section. In fact, the closest he comes to speaking of that particular threat to the American public is in a brief, final paragraph entitled “Constitutional Concerns.” And what are the President’s constitutional concerns? Why, Congressional “…encroachment on the President’s exclusive authorities related to international negotiations,” of course!

It seems Obama has decided that the only unacceptable, constitutional abuse of federal power contained in the Act involves an assault on HIS “exclusive authority.”  And Obama repeats this concern throughout the Statement, chiding Congress for its obvious lack of respect for what he apparently believes an unlimited power to make treaties or “retire, dismantle or eliminate” the nation’s nuclear and conventional arsenals, indeed for “…the Executive branch’s ability to carry out its military, national security and foreign relations activities…” More than once, the petulant President threatens a veto of the Act should Congress not come to its collective senses and allow him full exercise of the dictatorial authority that he apparently believes to have come with the job.

Obama undoubtedly considers such a display of arrogance quite safe, even in an election year as the majority of Republicans have shown themselves just as eager to pass this dictatorial authority on to the President in 2013 as they had been a year earlier. Chairman of the Armed Services Committee, GOP Congressman Buck McKeon, has even written a new provision into the Act, claiming American citizens would have full availability of a writ of habeas corpus “…in a court ordained or established by or under Article III of the Constitution for any person who is detained in the United States pursuant to the Authorization for the Use of Military Force.”

Unfortunately, just like the fraudulent assurances that were made part of the 2012 Act, McKeon’s language “…does nothing to prevent the indefinite detention of American under the 2013 NDAA” itself! Nor does it include any guarantee of habeas corpus rights before military courts or tribunals, the actual venue for federal actions against Obama’s detainees! In short, McKeon’s cynical efforts simply provide meaningless cover for Barack Obama’s future abuses of power, nothing more.

Should he be re-elected, Barack Obama will have the power to kill off political enemies via the Patient Protection Act and imprison those who happen to survive! November is shaping up as the most important month in the past 200 years!
Posted by Diane Sori at 4:48 PM No comments: 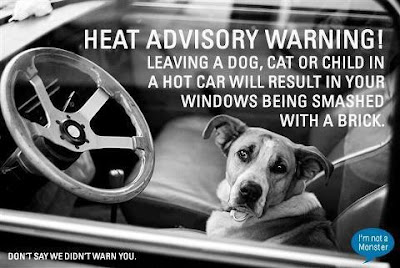 Direct and to the point...
Posted by Diane Sori at 1:40 PM No comments:

Remember a few weeks ago all the notices and media hype about a Sean Hannity Fox News Special Report on a Sunday night at 9 PM?  Well...what happened to that Special? Barack Hussein Obama is what happened!

Below is the video clip that Obama and his administration blocked Fox News from showing.

Watch it now before it gets pulled from the internet!

Israel might determine our next president
By: Diane Sori

Israel and America face two serious threats as we move closer to the November election.  The first is that Iran will most likely act on its threat to attack Israel, and the second is that Barack Hussein Obama’s October surprise could have him instigating that action so that he can ride in like a knight in shining armor to save Israel from destruction and thus win the election.  And he would do it NOT because he gives a damn about Israel but because he will more than willingly use and even sacrifice Israel if need be for his own personal political fodder.

Even with some claiming that the Mossad (Israel’s Intelligence Agency) routinely sends operatives in and out of Iran on covert missions and that Israel can handle the situation if war with Iran did become a reality, the danger Obama poses to them is more telling than Israel might be able to control for Obama sides with Israel’s enemies against her.

With Iran's Islamic Revolution Guards Corps continuously baiting and then warning Israel against initiating any military action against them, and with Israel knowing they might indeed have to attack Iran pre-emptively, many on the left are advising Israel to seek the support of Washington even knowing that the Obama administration will NOT willingly cooperate with them, especially since the timing is not advantageous for Obama.

So Obama wants Israel to do nothing...to take the threats, to turn a blind eye to Iran, and to just sit on the ticking time bomb as if it did not exist.

To put it bluntly, Obama simply cannot allow or afford for Israel to attack Iran without him, before him, or for them to go it alone, as then all the political gain for him would be lost.

But with Iran now having a ballistic missile with a range of 300 km, and with Iran having the ability to target defense shields and radar systems while still hitting Israel's anti-missile system, Israel might very well have to take them out in the very near future whether Obama likes it or not.

And Obama be damned because Israel’s survival does not depend on nor need his permission to do what they need to do to.

"If we are attacked, we will retaliate with (a counter) attack... and we have even planned for multi-dimensional and massive attacks if necessary," Iranian Brigadier General Masoud Jazayeri has said.

This kind of statement might scare and render impotent another nation but Israel backs down to no one and especially someone who is threatening their very existence.  And this is even more important as Iran is now reaching a point when their nuclear sites will be immune to an Israeli strike.  And with the latest Israeli intelligence reports showing Iran to be about nine months away from just that, remember though that Israel NEVER gives away their timetables or their missions.

But I believe Israel WILL attack Iran months before our November election if they even for a minute think that Barack Hussein Obama has a serious chance of winning again, and they will do so without telling Obama their plans in advance.  Israel knows very well that if Obama was given a heads up that he would immediately tell his muslim brethren so they could prepare for or counter such an attack.  Israel knows that Barack Hussein Obama is NOT their friend as witnessed by his instance that they return to their pre-‘67 borders so that the so-called Palestinians could be victorious in their quest to split Israel in two.  And Israel also knows that if push came to shove Obama would throw them under the bus in a heartbeat if he feared Israel was a threat to his re-election bid.

And thankfully, Israel also knows that Obama is not happy about the close personal friendship between Mitt Romney and their Prime Minister, Benjamin Netanyahu.  And Netanyahu is NOT happy with either Israel’s or his treatment by the man with the phony smile who hides a dagger behind his back.  Benjamin Netanyahu will do what needs to be done to assure Israel’s survival, and it will be he who throws Barack Hussein Obama under the bus because as the saying goes, ‘payback is a bitch.’

So we must watch very carefully what Israel does over the next few months, because it will be Israel NOT the polls and supposition that will be the best indication of whether Barack Hussein Obama is re-elected or not.
Posted by Diane Sori at 12:59 AM 11 comments: