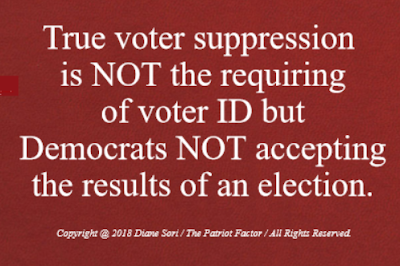 
Broward County Elections Supervisor Brenda Snipes Resigns, But How She Got The Job Goes Beyond Irony
Matt Vespa / Townhall Tipsheet

Incumbent Democratic Senator Bill Nelson (D-FL) isn’t the only person not retuning to his job in the near future. Broward County’s Election Supervisor Brenda Snipes is out as well. While she wasn’t voted out or removed from her post, she promptly tendered her resignation, ending a 15-year reign of incompetence that makes anyone wonder how she was able to keep her job. Then again, Broward is a Democratic bastion and one of the problem children when it comes to Florida elections; Palm Beach County, another liberal haven, is Broward’s equally incompetent sibling. Both counties had ballot-counting procedures that were not transparent and did not give regular updates on the outstanding ballot count.

It was an operation so entrenched in the basement that Republican Gov. Rick Scott, now officially Senator-elect Scott, had to file lawsuits to shed some light into what the hell was going on down there. Palm Beach had much more serious allegations of possible fraud, specifically when it came to replacement ballots. In that instance, an election official can fill out a new ballot in case the machines cannot read one. It’s supposed to prevent disenfranchisement, but also carries a great risk of fraud.


As Sen. Lindsey Graham (R-S.C.) gets ready to take the reins as chair the Senate Judiciary Committee, he spoke with Fox News’ Sean Hannity this week about his plans for the new year – specifically as to the kind of issues Graham is prepared to investigate. From the Lexis-Nexis transcript:

“You know, to my Democratic friends, if you want to look backwards, we are all going to look backwards. I want to know why the FBI reached to the conclusion along with the Department of Justice that Hillary Clinton didn’t commit a crime. Was it because of political bias? […]

Read entire article here: https://gellerreport.com/2018/11/graham-steps-up.html/
Posted by Diane Sori at 8:03 AM No comments: