Trey Gowdy Stands Up For Nunes: I Don’t Care If Info Came From White House Or Waffle House If It's True
Leah Barkoukis / Townhall Tipsheet

Rep. Trey Gowdy stood by his colleague, Chairman Devin Nunes, even after Democrats like Senate Minority Leader Chuck Schumer have demanded his resignation due to uncertainty over whether he can continue to serve as an impartial arbiter.

Speaking to Fox News’s Martha McCallum, Gowdy said Nunes hasn’t done anything wrong in his efforts to investigate allegations that the previous administration spied on the Trump campaign.

“I just love it when Senator Schumer gives Republicans advice on what we ought to do,” Gowdy said. “Devin is doing exactly what the chairman ought to do. When you have a source that has information, you handle that information safely, securely, which is exactly what he did. I wish Senator Schumer and some of the other Democrats would be more interested in authenticity and the reliability of the underlying data and not the means by which it was acquired.”

He also said it shouldn’t matter where the information came from, as long as it’s true.

“Whether it was the White House or Waffle House, what difference does it make if the information is reliable and authentic? It just so happens that Devin had to do it this way. So, we’re not going to take advice from Chuck Schumer on who our chairpeople ought to be.”

See video here: https://townhall.com/tipsheet/leahbarkoukis/2017/03/29/trey-gowdy-stands-up-for-nunes-i-dont-care-if-info-came-from-white-house-or-waffle-house-if-true-n2305645
Posted by Diane Sori at 8:11 AM No comments:

Email ThisBlogThis!Share to TwitterShare to FacebookShare to Pinterest
A Democrat state lawmaker in Massachusetts has been caught tipping off illegals – many of whom are violent street gang members, child sex offenders and drug traffickers – to imminent Immigration and Customs Enforcement raids Tuesday, even telling criminal targets not to open their doors, to stay silent, to refuse to sign anything and to “fight back” with an attorney.

An Immigration and Customs Enforcement spokesman suggested to WND that the lawmaker is “doing a disservice to the community” and “endangering public safety” with her statements. 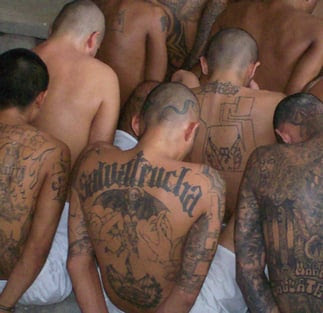 Massachusetts State Rep. Michelle DuBois, a Democrat representing the 10th Plymouth District, warned illegals about imminent federal immigration raids scheduled for Tuesday and Wednesday in Brockton, a city just 25 miles outside of Boston. DuBois posted the warning on her Facebook page. She included a phone number illegal aliens may call if they’re caught in an immigration raid.

In January 2016, federal authorities arrested 56 members of MS-13, a highly organized and well-funded Central American gang known for its brutal acts of violence, in and around the Boston area. They were indicted on conspiracy charges and charges related to murder, conspiracy to commit murder and attempted murder.

Read entire article here: http://www.wnd.com/2017/03/dem-lawmaker-tips-off-illegals-to-imminent-ice-raids/
Posted by Diane Sori at 8:07 AM No comments:

Email ThisBlogThis!Share to TwitterShare to FacebookShare to Pinterest
Nikki Haley to the UN: “The days of Israel bashing are over”

About time. Now can the Trump administration muster this same focus and decisiveness in its other endeavors? Or are we to be sentenced to four years of drift and confusion, followed by the final victory of the global internationalist establishment elites? “Nikki Haley to the UN: ‘The Days of Israel Bashing Are Over,’” by Cameron […]

Maspeth High School Principal Khurshid Abdul-Mutakabbir keeps changing his story of why he excluded 500 Catholic-school kids from getting into his school.

Today, he says it was “a clerical problem.”

It is not completely clear what is going on here, except that once again a Muslim is victimizing the kuffar. The parents are furious, and good for them — they should be.

A Queens public high-school principal excluded 500 Catholic-school kids from a list of 4,000 students applying to get into his school, raising cries from furious parents of foul play.

“It was almost like they knew who would be accepted,” said Middle Village resident Jimmy Guarneri, 47, of the lottery system that was supposed to fairly choose students to get into popular Maspeth High School. “We’re very angry.”

RIGHT SIDE PATRIOTS...for those who missed tonight's broadcast (or who just want to listen in again) where Craig and Diane discussed 'Losing the War Because of Numbers Uncounted,' 'Exploring Liberals Utter Lack of Fundamental Principles,' and important news of the week...it will be repeated tonight at midnight and throughout the week on AMERICAN POLITICAL RADIO at: http://bit.ly/2cpXuRd