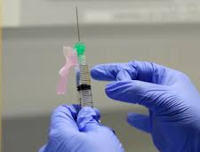 ...Think of it in more simplistic terms...the Spanish flu did disappear on its own while COVID-19 hangs around not just unabated but now is reemerging both here in our country and abroad...and it's doing so seemingly in a much stronger version of itself while pharmaceutical companies are rushing to get vaccines on the market. But are vaccines really the answer as it's a well known fact that viruses tend to morph from year to year thus making last years vaccine almost impotent in nature or worse...allowing one's immune system to actually become “compromised” and thus more susceptible to the newer viral strain than it would normally be without said vaccine...
Read entire article here: https://thepatriotfactor.blogspot.com/2020/11/op-ed-vaccine-no.html
Posted by Diane Sori at 7:32 AM No comments:

Hope you can tune in to RIGHT SIDE PATRIOTS on rspradio1.com. Click 'LISTEN LIVE' starting at 6:50 pm EST with the show beginning at 7pm EST.

Posted by Diane Sori at 6:45 AM No comments:

If allowed to play out, there is no doubt the election will be declared for President Trump.

Republican officials in Arizona found that 2% of the duplicate ballots the party was allowed to examine were changed to take votes away from President Trump.

“We got to examine 100 of them,” said Arizona Republican Party Chairwoman Kelli Ward. “Guess what? We found two ballots that were changed: One was changed from Trump to Biden; one was just taken away from Trump — for no reason that we can find an explanation for.”

“This is good news because those media propagandists who say there’s no evidence of fraud can now shut up,” Ward said. “The bad news is this looks like this election has been attempted to be stolen from President Trump.” Read entire article and see video and tweets here: https://gellerreport.com/2020/12/breaking-arizona-gop-finds-2-of-duplicate-ballots-took-votes-away-from-trump-after-judge-allows-sample-to-be-examined.html/

Posted by Diane Sori at 6:39 AM No comments:

Georgia Republican Governor Brian Kemp roused the ire of President Trump in recent days for not doing more in response to reports of election fraud in his state. But that may be changing now that Gov. Kemp is calling for a signature audit after CCTV footage was presented on Thursday showing election workers purportedly unloading suitcases of hidden ballots.

Katie wrote earlier about the video presented by the Trump campaign’s lawyers during an emergency hearing in Georgia on Thursday. The video allegedly shows election workers in Fulton County wheeling in suitcases full of ballots after an election worker told poll watchers and others to go home for the night. The ballots were allegedly then counted for two hours without witness supervision.

Posted by Diane Sori at 6:00 AM No comments: