Wednesday, September 16th on CPR Worldwide Media from 2 to 4pm EST...a SPECIAL RIGHT SIDE PATRIOTS REPORT...as Craig Andresen and Diane Sori discuss the TRUTH about the Iran deal that the Obama regime needs to be kept hidden at all costs. 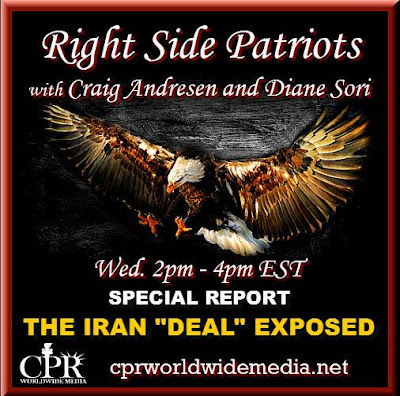 Posted by Diane Sori at 7:29 PM No comments:

This bit of information was barely a blip on the 24 hour news cycle last week and the mainstream media dropped it like it was radioactive.

Iran, after acquiring the full capitulation of the Obama regime and only after the Obama regime had acquired enough votes to uphold Obama’s planned veto of a vote to deep-six the “deal” with Iran has Iran announced that, lo and behold, they have discovered new, substantial deposits of uranium ore.

During the “deal” making…it was widely distributed than Iran LACKED sufficient uranium deposits from which to mine enough of the stuff to supply their “peaceful” application of nuclear energy much less, supply the building of nuclear weapons and that they would likely have to IMPORT uranium just to keep their program up and running.

Then…with the “deal” done and the votes in hand…SURPRISE…Iran has JUST DISCOVERED more uranium than they apparently know with what to do.

Read full article here: http://www.thenationalpatriot.com/2015/09/14/obamas-iran-deal-nothing-but-caliphate-cover-part-1-of-3/
Posted by Diane Sori at 2:53 AM No comments:

Email ThisBlogThis!Share to TwitterShare to FacebookShare to Pinterest
Investigative Report: Part 2 of 3
Obama's Iran 'Deal' Nothing But Caliphate Cover...Part 2 of 3
By: Diane Sori / The Patriot Factor / Right Side Patriots on http://cprworldwidemedia.net/

In Part 1...and please click on this link
http://www.thenationalpatriot.com/2015/09/14/obamas-iran-deal-nothing-but-caliphate-cover-part-1-of-3/ and read this part before going any further...of our 3-part investigative report, my Right Side Patriots partner and friend Craig Andresen laid out the most likely scenario that will surely to lead to World War III. And with Republican leaders acquiescing to Obama to allow a minority of Democrats to give the go-ahead to the very bad Iran deal, instead of requiring the constitutionally mandated two-thirds majority needed to pass a treaty...and know this deal is actually a treaty...now specifics have come to light that could and should render this deal null and void.

Starting with the fact that Iran’s Atomic Energy Organization...via Ali Akbar Salehi, the head of Iran’s nuclear program...last Saturday announced the finding of new 'high reserves' of uranium ore deposits AFTER claiming for months...if NOT years...that they were near the end of their supplies of usable quality uranium. Saying they will soon begin extracting said uranium at a new mine site in the central province of Yazd, it must be noted that Obama's entire negotiations with Iran...in fact the entire Joint Comprehensive Plan of Action (JCPOA) between Iran and the P5+1 world powers...was based solely upon the now proven to be false premise that Iran had to import uranium ore, that they had NO more of their own. And though the JCPOA agreement has 're-purposed' if you will some of Iran's nuclear facilities, it has basically left Iran’s nuclear program intact, never mind that this 'sudden' find alone should in good conscience negate the entire deal...especially with Salehi's statement that "I cannot announce (the level of) Iran's uranium mine reserves. The important thing is that before aerial prospecting for uranium ores we were not too optimistic, but the new discoveries have made us confident about our reserves."

“Confident about their reserves”...reserves announced oh so conveniently only AFTER last week's 58-42 Senate vote where opponents of the deal failed to make it through a procedural hurdle, which was (assumed to be) the last chance for said opponents to block the nuclear deal from becoming law. Four Democrats and 54 Republicans voted to end debate and advance to a final vote with 42 Democrats opposed. And now Senate Majority Leader Mitch McConnell has promised to hold a second vote next week to end debate on the 'motion to disapprove' the deal, however, there is slim to NO chance that any additional Democrats will change their 'ney' vote...what with Democrats always seeming to stick together to vote along party lines instead of voting their conscience...as in voting for what is in the best interest of America. And that is truly amazing what with the new information presented by Iran regarding their supposedly 'newly found' uranium ore deposits.

And so tonight at 6PM EST the Senate will hold a 'cloture' vote...a vote requiring the support of three-fifths of duly chosen and sworn Senators, or 60 Senators if there is NO more than one vacancy. And this is the only formal procedure Senate rules provide for breaking a filibuster...a filibuster being an attempt to block or delay Senate action on a bill or other matter...and per this vote the Senate can limit consideration for Obama's very bad deal to 30 additional hours of debate. And as it stands now, Congress has until Thursday to 'disapprove' this deal or declare that Obama has violated the terms of the 'so-called' Corker Bill...actually an Obama-backed, anti-constitutional piece of legislation that was supposedly passed to assure both Congress and 'We the People' that each and every word of this very bad deal would be seen by Congress BEFORE any vote on it was taken...which we now find out it has NOT been. But because Obama has wheeled and dealed and basically 'bought' the Democratic votes needed to garner a veto-proof 'resolution of disapproval,' the Corker Bill turns out to be, as expected, NOT worth the paper it was written on.

But NO matter the bill's overall uselessness for Obama still must by law meet certain basic terms and conditions of said bill...with the first condition being the mandate that he provide the complete... with 'complete' being the key word here...wording of the Iran deal for Congress to peruse before any vote is taken and he simply has NOT. In fact, the deal Obama has given Congress to pass is NOTHING but a lie and full of needed-to-know omissions, meaning if Congress actually did the job they were elected to do, the 60-day timeline for a congressional vote actually should become negated in full. And what has Obama deliberately omitted or simply NOT disclosed in this very bad deal that should raise 'red flags' to full mast..first being the all-important fact that Iran has now achieved a full nuclear fuel cycle, ranging from the extraction of uranium ore to enrichment and production of fuel rods for nuclear reactors. NOT good folks NOT good at all. Now couple this with the fact that the IAEA in NO way can estimate the amount of uranium being enriched as per Iran's suddenly found new uranium deposits. 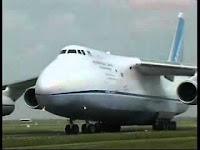 Second, how about as Craig reported in Part 1 of this report...secret deals being made between Iran and North Korea...proving what we both have said all along...that Iran already has nuclear war heads courtesy of North Korea and now coming to light is the fact that Iran has purchased Russian cargo planes to haul both warheads and 'large diameter engines'...used in ICBM delivery systems...to Tehran...and again like Craig stated...Obama has known about this since September 2014 with NOT a word of this told to either Congress or 'We the People.' 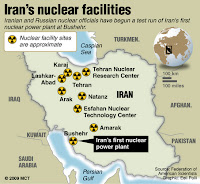 But regardless of what has happened in the past this new uranium 'sudden' discovery of Iran's announced just two days after the first vote was taken...and know that Iran had the announcement perfectly timed with Obama for after the vote... does hold the key to NOT just a 'retake' of the votes already taken but to a total negation of the entire deal from both our end and the P5+1's end as well. As per The Encyclopedia of the United States Congress, a 'motion to reconsider' allows Senators...and I'm only addressing Senators here as their vote was the one just taken...to take a second look at their voting decisions allowing them to either affirm or change a vote cast and can only be done by Senators on the prevailing... meaning the winning side. This means that Democratic Senators still can reevaluate and recast their votes on this very bad deal based upon Iran's 'sudden' new announcement. And while there is a time frame involved for said action to be taken...either on the day of the vote or two in-session days later...due to the nature of what is involved the time frame can be 'tweeked' a bit with a majority vote I'm sure as Congress as well as 'We the People' have been deliberately and maliciously duped by our president.

When the vote to 'reconsider' is passed the Senators then recast their votes accordingly and it can still be reconsidered on the House end as well. And in light of the fact that the final vote on this very bad deal has yet to be taken...and until the 'motion to reconsider' is 'disposed of' or completely lapses...the effect of the original vote...either today's cloture vote or last week's 'motion to disapprove' vote...is suspended and NO further action may be taken to implement it. In fact, a special form of 'reconsider' is used to prevent a temporary minority from taking action that would be opposed by the majority, but whether that is affected by the new 'in-Obama's-favor' voting procedures Harry Reid and crew put into place is still to be seen. However, this is something Congress needs to look into as a possible way to force either a re-vote on votes taken to date regarding this very bad deal or to possibly be a way to legally override Obama and scrub the deal in its entirety...but all this depends on Democrats deciding to do the right thing instead of their passing a bill which many have said is questionable at best.

In Friday's Part 3 of our investigative report Craig and I will address both today's cloture vote and Thursday's final vote, but know that unless some Senators wake up and see that they've been had by a man whose loyalties are NOT with America but are with the enemy, a new dawn of a new nuclear age has been born and the outcome of that birth will NOT be pretty.
Posted by Diane Sori at 12:00 AM 1 comment: