North Korea-US: Special comment. After the Korean War, as conditions settled in South and North Korea, the North persisted in sending infiltrators into Seoul to destabilize the government. One of the most often reported tactics was to attack a movie theater. North Korean infiltrators regularly attended the movie theaters in Seoul to roll hand grenades in the aisles to kill as many people as possible. Attacks in theaters occurred weekly at times in the late 1950s.

United Nations-North Korea:Update. Member countries of the United Nations General Assembly on Thursday passed a resolution authorizing the Security Council to refer North Korea to the International Criminal Court (ICC) for crimes against humanity, as alleged in a UN inquiry report released in February.

There were 116 votes in favor of the resolution, with 20 against and 53 abstentions. The resolution, which was drafted by the European Union and Japan, was approved last month by the 193-member assembly's Third Committee, which deals with human rights.

Comment: Every year the General Assembly votes on resolutions that criticize North Korea, Iran and Syria for their lack of respect of human rights. This is one of the few times that the General Assembly has referred a member to the ICC. It might represent a major step forward in the maturity of the organization because the allegations against North Korea are not new. North Korean disrespect for human dignity is longstanding, systemic and pervasive, including prison camps, systematic torture, starvation and killings comparable to Nazi-era atrocities.

The only mitigating factor is that living conditions for people who are not members of the Korean Workers' Party or the Korean People's Army are not much better than those for people in the political prisons. North Korea remains and is proud of being the last Stalinist state.

What seems to offend the majority of the General Assembly is that the atrocities of the North Korean regime originate with the Kim family itself and are institutionalized throughout the government and party systems.

One commentator observed that the vote is largely symbolic and non-binding. That comment minimizes the significance of a vote by an overwhelming majority of the members of the United Nations that North Korea stands alone as the country whose government abuses its people more than any other on the planet.

This is the inheritance of Kim Jong Un. The tragedy is that this western educated leader had an opportunity to change the system, but has proven too weak.

Obama to Castro: “Here I Come to Save the Day!”

Did you notice the timing of President Obama’s economic lifeline to Castro as announced on December 17th under the guise of “changing our relations” with the people (emphasis mine) of Cuba?”

No? But you have noticed the price at the gas pumps, right? These two items are closely related ….Oh and by the way, every atom of evidence shows that the actual people of Cuba actually want U.S. sanctions against the Stalinist regime that tortures them tightened. So perhaps President Obama should stop insulting the intelligence of Cuba-watchers by claiming to speak and act on their behalf. Here’s their reaction to this week’s early Christmas gift from Obama to the Stalinist dictator who tortures them:

"Sadly, President Obama made the wrong decision. The freedom and democracy of the Cuban people will not be achieved through these benefits that he's giving -- not to the Cuban people -- but to the Cuban government. The Cuban government will only take advantage to strengthen its repressive machinery, to repress civil society, its people and remain in power." (Berta Soler, leader of The Ladies in White, Cuba’s biggest dissident group.)

“[Alan Gross] was not arrested for what he did, but for what could be gained from his arrest. He was simply bait and they were aware of it from the beginning... Castroism has won,” (Yoani Sanchez, Cuba’s most internationally famous dissident.)

"I feel as though I have been abandoned on the battlefield."  (Dr. Oscar Elias Biscet, former Cuban political prisoner awarded the U.S. Presidential Medal of Freedom by President Bush.)

The list of back-stabbed and outraged Cuban dissidents is much, much longer.

Western authorities continue to pander to “Palestinian” jihad savages, apparently thinking that the jihad won’t come to them. But it will — even to Harvard. Our universities are increasingly centers for leftist and Islamic supremacist propaganda and indoctrination (including Islamic Jew-hatred), not centers of higher learning. 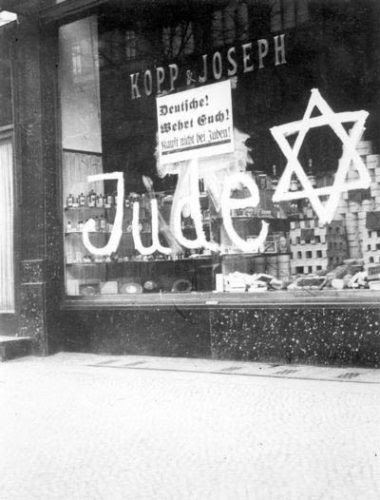 “The future must not belong to those who slander the prophet of Islam.” So said Barack Obama at the UN on September 25, 2012. Why did he say this? Because he was blaming a video about Muhammad for the murderous jihad attacks on September 11, 2012 in Benghazi. In that same speech, he called the video “crude and disgusting” and said: “I know there are some who ask why we don’t just ban such a video. And the answer is enshrined in our laws: Our Constitution protects the right to practice free speech.”

Yet this was just empty verbiage. Before he made that speech, the Obama White House asked Google to remove the Muhammad video from YouTube. Google refused on free speech grounds, although it later a court ordered the video removed.

In those days, Obama never warned anyone “not [to] get into a pattern in which you’re intimidated by these kinds of criminal attacks.”

But now the free speech case doesn’t have to do with outraged Muslims, and Obama is suddenly a champion of free expression. This isn’t about endangering people, either: the North Koreans are just as capable of going on a bloody rampage as Islamic jihadists are. For whatever reason, Obama shows a strange solicitude for the sensibilities of Muslims that he doesn’t appear interested in offering to the North Koreans.


WASHINGTON – Sony did the wrong thing when it backed down and pulled The Interview in the face of North Korean hacker threats, President Obama said at his new conference Friday.

“I wish they had spoken to me first,” he said. “I would have told them do not get into a pattern in which you’re intimidated by these kinds of criminal attacks.”

But on the heels of Obama’s pointed comments, Sony Pictures Entertainment CEO Michael Lynton gave his first television interview to CNN. “We have not caved. We have not given in. We have persevered,” he told Fareed Zakaria….

Email ThisBlogThis!Share to TwitterShare to FacebookShare to Pinterest
Likely Next Steps: Obama Off to Cuba, Castro Visits US


Just a day after his stunning announcement that the United States will re-establish a diplomatic relationship with Cuba — including opening an embassy in Havana —  President Barack Obama is weighing a trip to the island nation or hosting a visit from its communist leader, Raul Castro.


Earlier Thursday, White House spokesman Josh Earnest said the president was not "ruling out" a visit to Cuba, with Earnest adding that there could be "important national security reasons for the president to travel to other countries that have what we would describe at best as checkered human rights records."

Earnest noted that the president has visited both Burma and Beijing.

"It is not unprecedented for us to go places and interact with countries with whom we have a very fundamental difference of opinion about that country’s treatment of their citizens," Earnest said.

"A day after we were in Beijing, we traveled to Burma — again, a country that does not have a stellar record when it comes to respecting basic human and political rights. But we engage those countries and we engage the leadership of those countries, and we do so for a variety of reasons.

And "the president has had the leaders of both Burma and China to the United States," Earnest said. "And for that reason, I wouldn't rule out a visit from President Castro."

Earnest also noted that the natural beauty of Cuba might entice the president to make a trip there.

"Like many Americans, (Obama) has seen that Cuba is a place where they have a beautiful climate and a lot of fun things to do, so, if there's an opportunity for the president to visit, I'm sure he wouldn't turn it down," Earnest said.

The Assistant Secretary of State for Western Hemisphere Affairs, Roberta Jacobson, said that human rights were not a "direct conditionality" of the United States' decision to restore diplomacy with Cuba, according to NPR.


No sitting president has visited Cuba since Calvin Coolidge in 1928, according to ABC News, citing the American Presidency Project at the University of California at Santa Barbara.

Today, Saturday, December 20th on RIGHT SIDE PATRIOTS on CPR Worldwide Media from 11am-1pm EST, Craig and Diane will discuss the infamous 'Torture Report', the slaughter that went on in Pakistan, and Obama's unilateral decision to bow down and cater to the Castro brothers.