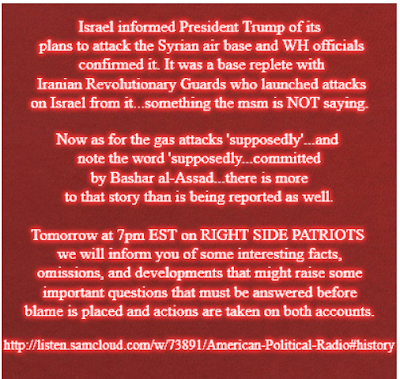 As word spread of Syria's alleged used of chemical weapons on its own civilians, conservatives and political commentators were quick to point out that former President Obama had several opportunities to intervene and potentially save countless lives from poisonous gas attacks in the Middle East country. Tommy Vietor, National Security Council spokesperson during the Obama administration, tried to beat back claims that President Obama was unsuccessful in deterring Bashar al-Assad's regime from killing his own people. But in doing so, Vietor ended up admitting that his old boss did not exactly leave Syria better off than when he found it.

It all started when commentators found  an tweet of Vietor's  published on October 31, 2013. It praised the progress towards eliminating Syria's chemical weapons as "remarkable." The tweet linked to a New York Times article titled, "Syria Destroys Chemical Sites, Inspectors Say."  The article wrote, "Syria's ability to produce chemical weapons has been destroyed and its remaining toxic armaments secured"...." President Bashar al-Assad has offered unexpectedly robust cooperation, at least so far, with  a Russian United States accord to dismantle arsenal."

Airstrikes on Monday reportedly killed 14 people, including Iranians, at a military airport near the city of Homs shortly after a suspected chemical attack that killed at least 40 people in a suburb of the capital city, Damascus, over the weekend.

Rami Abdurrahman, who heads the Britain-based Syrian Observatory for Human Rights, says most of the 14 killed were either Iranians or members of Iran-backed groups.

It was not immediately clear which country launched the strikes, but Russia and Syria blame Israel.

Survivors described the earlier chemical attack as something akin to a horror movie: babies foaming at the mouth, children choking and victims wailing as their eyes burned.

Hungary Prime Minister Orban handily re-elected. Good news for freedom lovers and those who cherish Western law, mores, and traditions. Trump, Brexit …. freedom on the march. The victory will further Orban’s efforts to make the Central European alliance stronger against the European Union’s migration policies. Not to mention this is a major blow to George Soros, billionaire arch enemy of freedom.


That means Orban could have a two-thirds majority for a third time, and powers to change constitutional laws. The EU has struggled to respond as Orban’s government has, in the view of its critics, used its two landslide victories in 2010 and 2014 to erode democratic checks and balances.