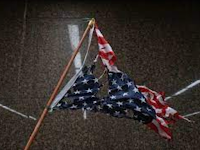 A few of weeks ago on his FOX news show, Tucker Carlson rightfully stated that, “Leaders and politicians who protect criminals cause nations to collapse.” And while this is surely true as it's sadly something we are currently bearing witness to what with Democrat controlled cities and states basically surrendering to the likes of BLM, Antifa, and other police-hating nasty sorts, there is another thing that helps to collapse a nation as well...as in turning that nation's military into a militarily impotent, politically driven, anything but fighting force.

And how can this be accomplished...simply by turning a nation's military not only against their founding documents but by rewriting said nation's history itself...or at least trying to. And just like with our leaders now clearly protecting the criminal element, our beloved America sees a partisan driven military hierarchy turning our troops against the very document they all took an oath to protect, as in the Constitution of these United States, while at the same time defaming our Founding Fathers and our nation's history as well.

So how and why is this happening here? The how can be answered with three what I consider to be vulgar words, Critical Race Theory, and with the why being answered by saying...erroneously of course...that America's birth itself was shaped by racism. And not so surprisingly these are the beliefs being taught by United States Air Force Academy political science professor Lynne Chandler-Garcia...a teacher not surprisingly of Marxist Theory and a woman who believes that Critical Race Theory...in reality an offshoot of the Marxist ideology Critical Theory of one Herbert Marcuse and Erich Fromm...which stated that there are power structures which “enslave” the minds of what they consider the oppressed in society. And this is the nonsense Lynne Chandler-Garcia believes needs to be taught to all Air Force cadets so that they can understand how our nation was shaped by “racism and inequality”... her words not mine.

In fact, this woman goes even one step further by claiming that our Constitution itself is what brought about “inequality;” that our nation's history alone proves that “racism has shaped both foreign and domestic policy;” and that our nation's first president, George Washington, was an overt racist...which he was not.

So what is Professor Chandler-Garcia but just another Democrat-Socialist who hates America and who is now teaching young people who want “to serve and protect” the country they love to instead hate that very country. And know that this is the very professor who espouses the same anti-American rhetoric as does Biden's Joint Chiefs of Staff Chairman General Mark Milley, the very general who brought his own personal agenda to Congress when he recently told Congressional members that Critical Race Theory “is not unpatriotic” and that “recruits should be open-minded and be widely read”...meaning “woke.”

But the fact is that not only is CRT unpatriotic, but it's goal is to teach both young impressionable minds and the blind following masses how to hate and be ashamed of not only who they personally are and who “We the People” are as a nation, but to be ashamed of our nation herself.

A cleverly crafted guilt trip to the 9th degree...setting the stage for reparations that must never be.

And it doesn't help that Critical Race Theory made major inroads into America's public schools as well as into our military during the Obama years for no man did more to discredit and defame our military...via his ever infamous apology tour...and to propagate racism as did Barack HUSSEIN Obama. Remember, this is the man who while president stated these very words, “racism is a part of America’s DNA and history,” adding that, “It’s not just a matter of overt discrimination. Societies don’t, overnight, completely erase everything that happened 200 to 300 years prior.”

Guess Obama relished in covering the gamut of America's history with that one, didn't he.

And it sure didn't help those then in uniform or those contemplating wearing said uniform to hear Obama's words to the effect that those fighting in Afghanistan “must fight to win the hearts and minds of the Afghan people”...as in fight only by what was then his deemed politically correct rules of engagement...as in with hands figuratively tied behind one's back. Simply, fight a military operation not truly intent on defeating the enemy...in this case the Taliban insurgency...but just give them what amounts to a good slap on the wrist. And this is the same insurgency who will now with Biden pulling us out of Afghanistan surely reign supreme once again. 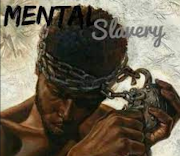 And so one of nation's foremost military academies now has a professor teaching our future military leaders the CRT mantra...the mantra that racism is not the result of nature or biology but that racism is a “social construct” invented solely to exploit and control certain minorities... particularly black people...and that racism is embedded within our institutions, our legal system, and even in the U.S. Constitution...hence in our military as well. But I say what a bunch of politically driven nonsense for no group of people in America (upon emancipation) have been given more race-based advantages than black people, and no group of people (not all of course) have squandered away said advantages more than black people have...egged on by Democrat politicians of course... Democrat politicians who to this day sadly remain black Americans mental slave masters with most of them not even being aware of it.

Now as for Joint Chief of Staff Chairman General Mark Milley who should not only be ashamed of himself but in my opinion be knocked down a rank or two...or more...he made his support of Critical Race Theory truly partisan in nature when he became an “activist general” pushing forward a politically driven agenda when he stated before Congress, “the need for greater understanding of the driving forces behind the Capitol siege by Trump's supporters, who tried to stop Congress from certifying Joe Biden's election win.”

And what does CRT have to do with what in reality was a low grade riot at best? Not a damn thing. Simply, the general claimed that “thousands of people”...a lie right there...actually stormed and entered the Capitol building to overturn the Constitution of the United States of America. “What caused that? I want to find that out. I want to maintain an open mind here,” thus single-handily making what was an election protest racist in nature. And this in turn allowed for Critical Race Theory to make more inroads into both the public consciousness and discourse as well as into our military with his added words that, “I do think it's important, actually, for those of us in uniform to be open-minded and be widely read.”

And to General Milley I say how about those in uniform instead being well read in true American history...as in American history before your good buddy Obama led the charge to tinker with our nation's past truths...American history where the North alone did free the slaves from the chains the Democrats kept them in. How about American history truths regarding blacks fighting along side Union soldiers, and where they ever so proudly served in all of America's modern day wars. And how about the truths relative to the strives in business and industry that black Americans have made; and how about all the educational opportunities black Americans have been afforded and taken. And most importantly, how about the fact that more and more black Americans are starting to see the truth about who and what really is keeping them in said mental chains, with Critical Race Theory being a link in that very chain. And with CRT itself being anything but truthful in nature, it becomes just another link forged to help fulfill Obama's not to be forgotten agenda of fundamentally changing America.

And to those who say that Critical Race theory is key to ending racism in America...and to what some say is ongoing racism and discrimination in our military as well...I say stop judging good and bad, right from wrong, and acceptable vs. unacceptable behaviors based upon one's skin color alone...for the fact is and will always remain that one's actions do speak louder than one's words. In fact, Critical Race Theory theorists...those like Lynne Chandler-Garcia and General Mark Milley...both of whom I believe are a danger to our freedoms...can take their white privilege and all its assorted race baiting, anti-American nonsense, and shove it where the proverbial sun don't shine. Case closed.

Tomorrow, Tuesday, July 13th, from 7 to 8:30pm EST, RIGHT SIDE PATRIOTS Craig Andresen and Diane Sori discuss 'How A Nation Collapses;' ' Liberal Hatred vs Historical Fact;' and important news of the day.

Posted by Diane Sori at 6:39 AM No comments: