Today is Yom Hashoah...Holocaust Remembrance Day.
And in today's world rift with those out to kill us all,
this solemn day takes on an added meaning for we must NOT only
remember and honor the 6 million Jews murdered
at the hands of the Nazis, but we must now fear NOT only for the survival of the Jewish people but for the survival
of the world's Christians as well.
NEVER AGAIN...dear God...NEVER AGAIN. 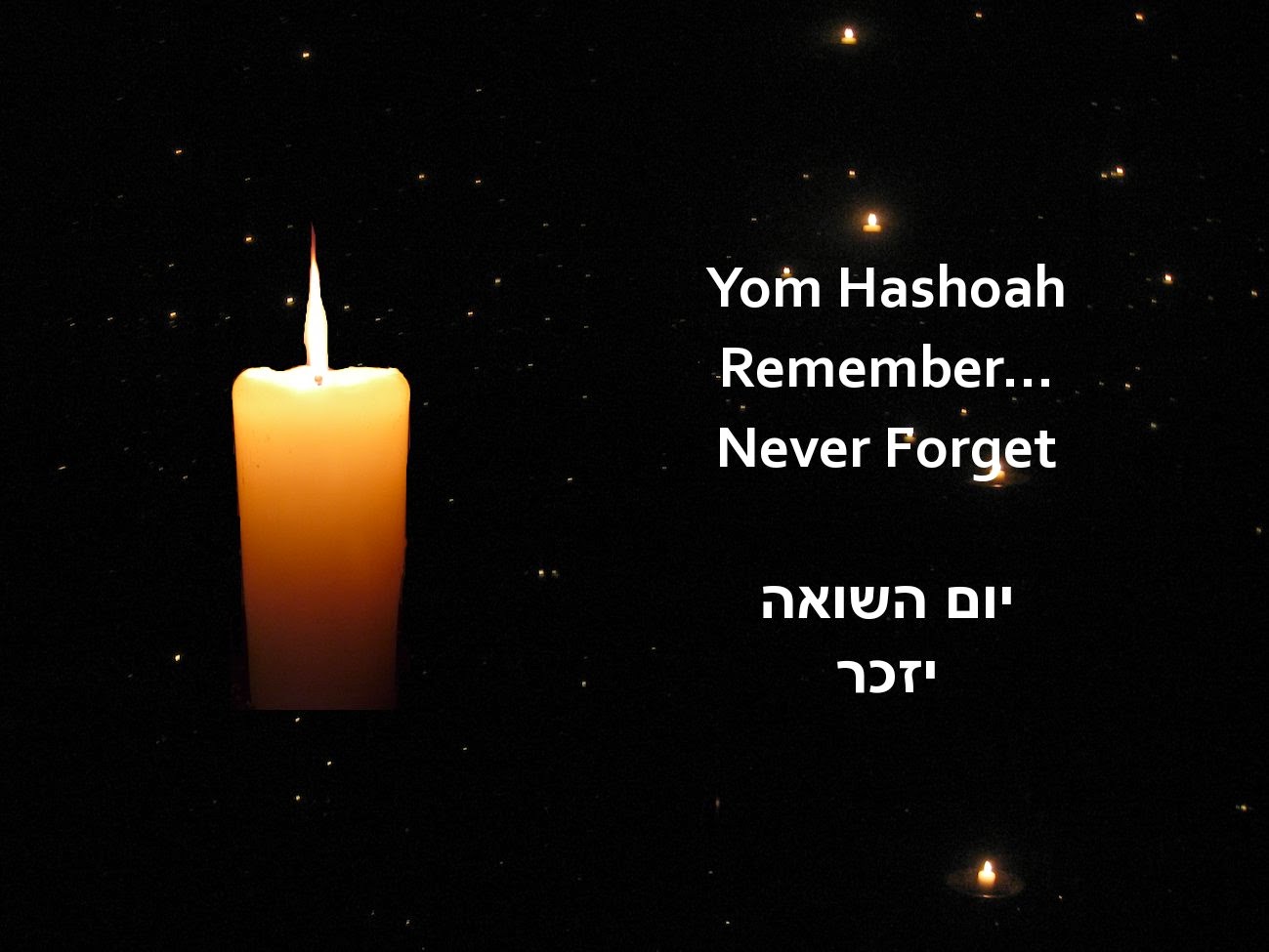 Speaking at annual Holocaust Remembrance Day ceremony at Yad Vashem, prime minister compares Iran to the Nazis and warns that appeasement could lead to worse wars.

The deal being discussed between Iran and world powers shows that the historical lesson of the Holocaust has not been internalized, Prime Minister Benjamin Netanyahu said at Wednesday's state ceremony held at the Yad Vashem Holocaust Museum in Jerusalem to mark Holocaust Remembrance Day.

"The day of victory over the Nazis was not only a day of relief and joy," said Netanyahu. "It was a day mixed with terrible sorrow for our people, and it was also a day of soul-searching for leaders of all peoples."


The Israeli prime minister used the opportunity to remind those watching of the role of democracies in stopping tyrannical regimes. "Leaders of the enlightened countries understood that it was a window of opportunity to establish a new world order based on protecting freedom, eradicating evil, and opposing tyranny. In a loud and clear voice, they pronounced the central lesson of the Second World War for democracies – we must not turn a blind eye to the expansionist intentions of tyrannical regimes. Appeasement of such regimes increases their propensity for aggression, and if this aggression is not curbed in time, humanity could endure much more difficult wars."
"Many in the world declare that the lessons learned are also valid today. They declare 'never again'. But as long as these words are not heeded in practice, they are meaningless," said the prime minister. "I wish I could stand here and tell you the world truly learned from this incomprehensible tragedy. Just as the Nazis hoped to crush a civilization, so Iran strives to take over the region and from there spread onwards, with the stated intention of destroying the Jewish state.