The company previously has faced questions about the security of its electronic voting technologies, which are now set to be deployed in 900 U.S. jurisdictions via its U.S. subsidiary. 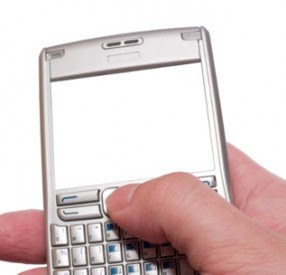 The firm already provides balloting for overseas U.S. military and civilian voting in nine states along with elections technologies in several districts.

Concerns have also been raised about SCYTL’s ties to the Spanish government and to international venture capital firms.

Now SCYTL has unveiled a platform that it says encrypts each individual ballot on a voter’s Google or Apple mobile device before the ballot is then transmitted to an electronic voting system.

Using this technology “Scytl is now able to guarantee end-to-end security – from the voter to the final tally – not only for computer-based online voting but also for mobile voting,” stated a press release by the company.

“By leveraging its pioneering security technology with Google and Apple’s mobile device platforms, Scytl has become the premier election technology provider to offer an online voting system that guarantees the highest standards in terms of both voter privacy and ballot integrity both on personal computers and mobile devices,” said Gabriel Dos Santos, Scytl’s vice president of software engineering.

The U.S. currently does not utilize voting platforms using mobile devices. SCYTL sees such methods as the future of electronic voting.

It is unclear what role SCYTL’s U.S. subsidiary, SOE Software, will take during this year’s presidential election.

This past January, SCYTL, based in Barcelona, acquired 100 percent of SOE Software, the leading software provider of election management solutions in the United States.

With the purchase of SOE Software, SCYTL has increased its involvement in the U.S. elections process. SOE Software boasts a strong U.S. presence, providing results in over 900 jurisdictions.

In 2009, SCYTL formally registered with the U.S. Election Assistance Commission (AEC) as the first Internet voting manufacturer in the U.S. under the EAC Voting System Testing and Certification Program.

Also that year, SCYTL entered into an agreement with another firm, Hart InterCivic, to jointly market a flexible and secure electronic pollbook purportedly to allow U.S. election officials and poll workers to easily manage the electoral roll on Election Day in an efficient and convenient manner.

During the midterm elections in November 2010, SCYTL successfully carried out electoral modernization projects in 14 states. The company boasted that a “great variety” of SCYTL’s technologies were involved in the projects, including an online platform for the delivery of blank ballots to overseas voters, an Internet voting platform and e-pollbook software to manage the electoral roll at the polling stations.

Just prior to the midterms, however, the new electronic voting system in Washington, D.C., was hacked.

As a program security trial, the D.C. Board of Elections and Ethics reportedly encouraged outside parties to hack and find flaws in its new online balloting system. A group of University of Michigan students then hacked into the site and commanded it to play the school’s fight song upon casting a vote.

This is not the first time SCYTL’s systems have been called into question.

“Foreign governments may also seek to undermine the national security interests of the United States, either directly or through other organizations,” Voter Action charged.

The document notes that SCYTL was founded in 2001 as a spinoff from a research group at the Universitat Autonoma de Barcelona, which was partially funded by the Spanish government’s Ministry of Science and Technology.

SCYTL’s headquarters are in Barcelona with offices in Washington, D.C., Singapore, Bratislava and Athens.

Project Vote noted that in 2008, the Florida Department of State commissioned a review of SCYTL’s remote voting software and concluded, in part, that:
With research by Brenda J. Elliott
Posted by Diane Sori at 10:32 PM No comments:

Boehner Is Stalling Holder Contempt Citation On Fast And Furious

May 14, 2012 By Doug Book / The Western Center for Journalism
inShare6 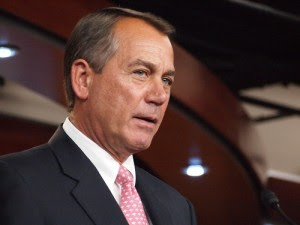 If Darrell Issa has any thoughts of the full House voting on his Oversight Committee’s citation of contempt against Eric Holder, he will first have to clear the idea with the Attorney General’s staunchest allies and political defenders—Republican Speaker John Boehner, Republican Majority Leader Eric Cantor and Republican Majority Whip, Kevin McCarthy.

Upon the Speaker’s office being provided a draft of the citation last week, a spokesman for the Republican leadership said “While there are very legitimate arguments to be made in favor of such an action, no decision has been made to move forward with one by the Speaker or by House Republican leaders.” (1)

But now it appears these stalwart souls have finally made that decision. They will “…slow [Issa’s] drive to hold the attorney general in contempt over the controversial Fast and Furious program…” for a period of “a month or even longer…” Apparently a year’s worth of testimony and documentation linking Obama Regime operatives to hundreds of deaths and the walking of some 2000 weapons across the Mexican border just haven’t been sufficient to convince Speaker Boehner that something is amiss. (2)

Republican leaders “…still don’t think the case is ‘rock solid…’ ” said an aide to Representative Issa. Of course, the fact that Attorney General Holder has refused to honor subpoenas demanding he turn over an estimated 8000 pages of Fast and Furious documentation might have something to do with Mr. Boehner’s feelings of uncertainty about adequate proof. (2)

But a far more credible reason for the Speaker’s nervous stomach is “…fear [of] negative political fallout from citing the U.S. attorney general with contempt of Congress in an election year.” Boehner, Cantor and McCarthy are “…worried about both the legal and political implications of the move, especially six months before what is already expected to be a razor-close election.” (2)

In fact, that’s the reason GOP leaders are now pressing Congressman Issa to bring Democrat House members on board. Boehner and the others believe it will reduce the political risk to Republicans if a number of Holder’s own party members are willing to make the contempt citation a bipartisan effort. And no doubt to Issa’s chagrin, that now appears to have become a prerequisite “…before [Republican leaders] let it come to the floor for a vote.” (2)

In short, John Boehner is demanding that Democrat members of the House exhibit more courage in betraying their own Party than he and other Republican leaders are themselves willing to display by holding a corrupt attorney general responsible for disobeying the law!

And why should Democrats join Republicans, either in the contempt process or in a call for Eric Holder to honor House subpoenas? After all, GOP leaders have shown no stomach for pressing the issue beyond the occasional committee hearing or threatening letter to the Department of Justice.

For 3 months, Coach is Right has warned readers about a disgraceful lack of courage on the part of John Boehner to honor his oath of office to defend the Constitution by bringing criminal charges against Eric Holder. Many have accused us of being unfair to the Speaker by inventing unsubstantiated tales of his unwillingness to take a stand.

Posted by Diane Sori at 5:26 PM No comments:

As of today we have less than six months until the most important election of our lifetime...maybe even our nation’s lifetime.  Our beloved America, the ‘land of the free and home of the brave,’ is under attack both from ‘the enemy within’ (Barack Hussein Obama) and ‘the enemy without’ (islam).  We Americans have a major decision to make to insure our country’s survival...do we acquiesce to fear and surrender to another four years of Obama and try to deal with the consequences, or do we have the courage to stand strong and united as one in order to send this man and his minions packing...I, for one, sure hope it’s the later.

As such, many tactics are being used by the Obama campaign to try and take our focus off the important issues of the day, primary of course being the economy and jobs but also off Obama’s trampling on and total disrespect for our Constitution; off out of control government spending; off the deficit; off our unsecured borders; off a fabricated war on women; and off the fact that this president is in collusion with governments of socialist and communist countries.
These are but a few of the many important issues we need to focus on yet Obama and crew have been successful in refocusing our attention on deliberately created, cleverly crafted, tabloid-style, nonsense stories.  Stories about a mother breastfeeding her four year old son who obviously wants her 15 minutes of fame; stories about Obama being the first gay president; stories about useless celebrities fawning over ‘the anointed one;’ stories about non-existent re-education centers for ‘We the People;’ stories about Martial Law being implemented to stop the elections; stories about Mormons being the spawn of the devil, etc., etc., etc...you get my drift...all fabricated, all lies, all tabloid sensationalism, and all successfully fallen into by many on our side.

Instead of wasting time discussing these ridiculous stories and others in that genre, we need to focus our attention on ways to make sure the truth about Obama and his failed policies gets out.  We need to be discussing ways to create jobs to put Americans back to work; ways to secure our borders; ways to cut all the freebies and handouts going to people who don’t belong here in the first place...you know the newly created politically incorrect word of the month ‘ILLEGALS’; ways to cut our deficit and reign in out of control government spending without touching our all-important defense budget; ways to stop the implementation of sharia law into our judicial system (which BTW is happening daily); ways to stop Iran from becoming nuclear armed; ways to stand united with our allies, especially Israel; and most importantly ways to get the vote out to make sure our country returns to the law of the Constitution by voting Barack Hussein Obama out of office this November.

So please people, refocus your attention on what’s important and do NOT let Obama, his minions, and his all-controlled media divert you away from the real issues.  Remember, YouTube videos can be made by anyone to sound important and factual but see that NO credible sources or names are ever given; see that newly created supposedly conservative news sites also NEVER give credible sources or names; see that urban legends abound and while they might sound like truth they are anything but; and please remember that these are nothing but scare tactics to make us become too afraid to get out and vote.

We all know a second Obama term means the end of America as we know and love her; we all know the freedoms we take for granted would become a thing of the past; and we all know the next six months will be a battle for our country’s survival like one never seen before so focusing becomes primary.

Please don’t let Barack Hussein Obama or his minions divert us from focusing on our goal of removing him from office and returning our country to ‘one nation under God with liberty and justice for all.’
Posted by Diane Sori at 4:39 PM 8 comments: