Dr. Kamel Helbawi, a former spokesman for the Muslim Brotherhood, confirmed that Qatar is preparing to evict many Muslim Brotherhood leaders who had fled to Doha seeking refuge after the Egyptian military ousted the Muhammad Morsi government in July 2013.

Earlier reports had said that Qatar—home of Al Jazeera, the Muslim Brotherhood’s propaganda mouthpiece—was being pressured to expel those Brotherhood leaders hiding there by Egypt, Kuwait, and Saudi Arabia.

It is believed that they will be sent to London, England, which has not ratified the international extradition agreement.

Helbawi, who is also the founder of the Muslim League in Britain and secretary-general of the Islamic Unity Forum in Europe, made his remarks on the Egyptian TV show, “Liberty Lounge.”  The host repeatedly asked him if reports that Qatar is kicking the Brotherhood out were true or a rumor, and he repeatedly confirmed them to be true, adding that he is sorry to see the “disintegration of the Gulf States.”

In the same interview, the former Brotherhood spokesman said that the organization is suffering from internal disputes, especially among the youth, which “is causing great consternation for the leadership.”
Posted by Diane Sori at 3:40 PM No comments:

We must NEVER forget...

Our generation is dying out and SOMEONE needs to remember!
In MEMORIAM it's now 68 years later

Please read the little cartoon carefully, it's powerful. Then read the comments at the end.

I'm doing my small part by forwarding this message. I hope you'll consider
doing the same.

It is now 68 years after the Second World War in Europe ended. This e-mail is being sent as a memorial chain, in memory of the six million Jews, 20 million Russians, 10 million Christians and 1,900 Catholic priests who were murdered, massacred, raped, burned, starved and humiliated .

Now, more than ever, it's imperative to make sure the world never forgets,
because there are others who would like to do it again.

This e-mail is intended to reach 40 million people worldwide!

Join us and be a link in the memorial chain and help us distribute it around the
world.

Please send this e-mail to people you know and ask them to continue the memorial chain.

Please don't delete it.
It will only take you a minute to pass this along. Thanks
--
Posted by Diane Sori at 12:14 PM 1 comment:

Email ThisBlogThis!Share to TwitterShare to FacebookShare to Pinterest
Quoting the quran, Jordanian Sheik declares: “Israel belongs to the Jews”

Sheikh Ahmed Aladoan of Amman, a member of Jordan’s well-known Adwan tribe, posted to Facebook this week that there is no such place as “Palestine,” and provided references from the quran to back up his assertion. (Awaiting death fatwa on his head) 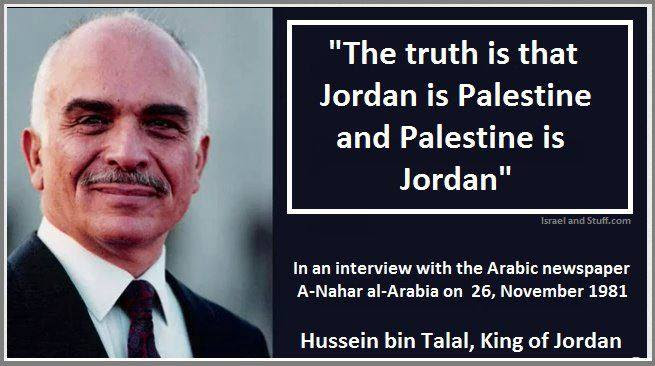 The late King Hussein of Jordan
was right

Israel Today  One of the quranic verses provided states that Allah gave the Holy Land to the sons of Israel until the Day of Judgment (Surah Al-Ma’ida, verse 21), and the other (Surah Al-Shara’a, verse 59) says that the land was bequeathed to the Jews.

The sheikh turned to those who “distort the words of the quran,” whom he labeled as liars, and questioned where they had even come up with the name “Palestine.” He insisted their claims to the Land of Israel were forfeit because “Allah is the protector of the Children of Israel.”

And if that wasn’t enough, the sheikh went on to turn the tables on the anti-Israel propaganda machine by accusing the Palestinians of killing children, the elderly and women, of using human shields, and of having not an ounce of mercy for even their own children. The sheikh’s words caused a storm in the Arab media, and were picked up by the Israeli Embassy in Amman.

The Arabic daily Al-Quds Al-Arabi further explained the sheikh’s position, noting that he supports the notion that Jordan is Palestine, and insists that Arabs living both in Jordan and the Palestinian Authority-controlled territories would almost all love to be Israeli citizens.

The Adwan tribe issued a statement distancing itself from Sheikh Aladoan’s remarks. But the sheikh was not intimidated, and insisted he would continue to make his voice heard on these matters. 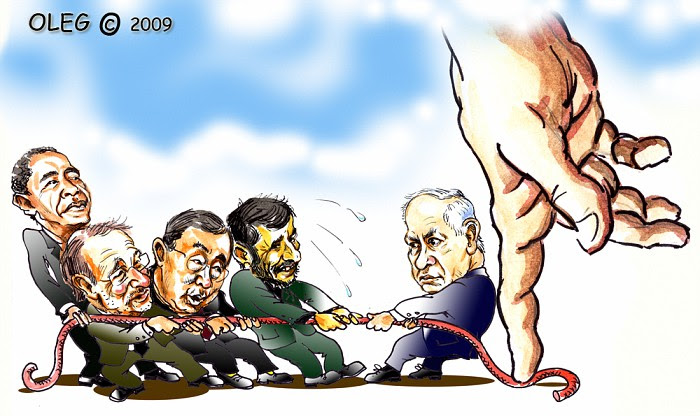 The sheikh informed Rabbi Eliyahu and his students that in the quran, “there is no name ‘Palestine’ for this land, and therefore, the Arabs should not be fighting the Jews over control of this land.”

Censorship beyond anything imaginable


"Our liberty depends on the freedom of the press, and that cannot be limited without being lost."
- Thomas  Jefferson

And so it was before tyranny became the law of the land.


"Congress shall make no law respecting an establishment of religion, or prohibiting the free exercise thereof; or abridging the freedom of speech, or of the press; or the right of the people peaceably to assemble, and to petition the government for a redress of grievances."


And with that Barack HUSSEIN Obama has once again totally run amok and is now setting his sights on the part of the First Amendment involving freedom of the press. While the alphabet media might NOT care as they willingly do Obama's bidding, the few in the press and media NOT in his pocket sure as hell do care, especially since the U.S. now ranks 46th in the world for freedom of the press.

Simply, freedom of the press according to the Constitution...which covers the entire spectrum of the news media including we bloggers...means the press must NOT be subject to censorship by the government...as in the Obama administration should NOT have the right to control or block certain things they deem 'unfriendly' or critical of Obama or the administration from being published or reported on. But this administration will try to do just that for our 'Constitution Be Damned' is now the Obama sanctioned motto of the land. And watch out people because Barack HUSSEIN Obama is indeed doing permanent damage to the Constitution and to the Bill of Rights...the very law of our land. And to this end the latest in Obama's ongoing draconian assault...dismantling actually...of our Constitution, is a plan that would put so-called 'government researchers'...or as some call them 'government monitors'... actually government goons...into our country's newsrooms via a 'supposed' study by the Federal Communications Commission (FCC). Called the "Multi-Market Study of Critical Information Needs" (CIN), this study is being done to “identify and understand the critical information needs of the American public, with special emphasis on vulnerable-disadvantaged populations,” and translates into both censorship...outright in-your-face censorship...and an attempt to intimidate and control the media (including having the FCC now expanding the bounds of its regulatory powers to include newspapers). In a nutshell, by working though the FCC Obama wants to decide what stories can be reported on and what stories cannot be reported on.

The King's attempt to keep the serfs...'We the People'...in line by giving us information only the King deems we need to know.

Using eight precise and focused categories of what the FCC calls 'critical information' ranging from what is the 'news philosophy' of the station (meaning do they lean right or left)...to how does the station define what constitutes community needed critical information...to who specifically decides which stories are covered and which are NOT...to looking for 'perceived' station bias against certain issues (for example why isn't the issue of climate change covered more extensively... because it's bullsh*t is why) and 'perceived' unresponsiveness to underserved (minority) populations...this Obama sanctioned FCC snooping (including internet snooping) will start in a few months with a field test in newsrooms in Columbia, South Carolina.

And the point of all this is to single out, target, and silence right-leaning Conservative stations... especially before the November mid-terms...and don't let them fool you into thinking it's for anything else. And contrary to what some naysayers are claiming funds...to the tune of one million plus dollars...have already been approved for and allocated to this so-called 'study.'

But NO matter how it's packaged or even its intent, the bottom line is that the federal government...translation: Barack HUSSEIN Obama...has NO legal right...Constitutional or otherwise...to force any media outlet into covering only administration approved stories. Attempting to control the political speech of journalists through this supposedly 'voluntary study' is in and of itself another LIE in Obama's string of LIES simply because FCC's queries are NOT something any station can ignore or refuse to take part in as they need an FCC license to stay in business...so 'voluntary' participation is a mute point.

A catch-22 situation bordering on if NOT outright blackmail.

And guess what folks...this study was designed by a minority (Hispanic woman) owned Puerto Rico based firm specifically to focus on and placate minorities, and could possibly end up being used by Obama so he can justify his forcing the sale...though Executive Order most likely...of white-owned media outlets to minority groups...after all, he has to keep 'certain' minorities happy and content to assure their loyalty to him and the party.

But once again, even with this flagrant violation of the First Amendment coming to pass in a few weeks from now, this sitting Congress sits back and does NOTHING to stop Obama from sending his government goons into America's newsrooms to hover, lurk, and peer over the shoulder of the press...as they try to force them into making editorial decisions based on what he, King Obama, deems should and should NOT be reported on. Even the FCC Commissioner himself, Ajit Pai, has said that this latest Obama so-called 'study' could be used to “pressure media organizations into covering certain stories."

Censorship beyond anything ever imaginable.

But what I want to know is when 'We the People' are going to say "enough" and follow Egypt's and now the Ukraine's lead and take to the streets to demand Congress or the military remove this most Constitutional trampling, traitorous, lying, POS ever to hold the office of President of the United States...and the clock is running out people...it is most assuredly running out...
Posted by Diane Sori at 12:00 AM 3 comments: