Citizens attempt block the arrival of “refugee” trains and subsequent transfer to buses at the train station in Meerane. Police must use force to break up the peaceful yet determined effort of the citizens.

This took place on Sunday, November 1, 2015. Despite lack of arrests, there was definitely physical force used to remove citizens. Europeans are under siege by their own governments while invaders are being put up on five star hotels.

Keeping Americans poor in a prosperous country like America is not as easy as you think. After all, this is the “land of opportunity.” Legal immigrants pay tens of thousands of dollars and wait years for the opportunity to come legally and illegal immigrants often risk their lives just so they can get here and do menial work. This is the country that made Bill Gates, Steve Jobs and even OPRAH into billionaires and it’s a nation where you can have everything from hoverboards to medicine for your pet delivered right to your door. So when there’s so much wealth and opulence everywhere, how do you lock Americans out of that success?

No matter what you do, there will always be a few poor people around, but to really maximize those numbers there are very specific government policies abetted by a few cultural attitudes that will make all the difference. You want to make as many Americans poor as possible? Then start by….

1) Making Sure Taxes And Regulations Are Sky High: The biggest enemy of poverty is economic growth, which creates more jobs and higher wages. How do you slow down economic growth? One of the best ways to do it is to ratchet up the taxes and start pouring on the regulations. Let small business owners spend an inordinate amount of time wondering if they’re in compliance with some law they’ve never heard of instead of how to improve their service. Let them spend years working to make a profit and then take such a big chunk of the money they make that they want to give up. Make these small businesses spend thousands of dollars complying with nearly useless regulations instead of hiring new employees. Nobody is pulling himself out of poverty without a job and so the more jobs you kill, the better!

Email ThisBlogThis!Share to TwitterShare to FacebookShare to Pinterest
Op-ed:
“Can You Hear Me Now?”

By: Diane Sori / The Patriot Factor / Right Side Patriots on http://cprworldwidemedia.net/

“It’s our belief that the man put U.S. national security in great danger and he needs to be held to account for that.”
- State Department spokesman John Kirby in regards to whistleblower Edward Snowden

The European Union (E.U.) in urging its member nations to protect American whistleblower Edward Snowden from extradition to the U.S. got it right...NO ifs, ands, or buts about it.

You all remember Edward Snowden, the former U.S. government tech who, in 2013, while working for the consulting firm Booz Allen Hamilon, 'leaked' thousands of top-secret National Security Agency (NSA) documents that exposed the U.S. global electronic surveillance program known as 'Prism' ...as in eavesdropping and wiretapping...by the U.S., the U.K., and others. Now a fugitive living on a three-year residency permit in Russia, paramount to temporary asylum as Russia refuses to extradite him, Snowden is facing two counts of violating the 'Espionage Act of 1917'...an act which forbids the disclosure of state secrets meaning Snowden is NOT allow to argue in his defense that his disclosures had a public benefit...and one count of theft of government property. And here's a little side note...this law has only been invoked a total of nine times against whistleblowers, but with six of those times occurring during the Obama administration...NOT unexpected as this administration has so much that needs to be kept hidden. 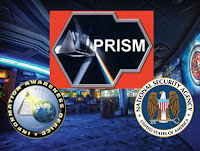 Case in point...earlier this year a federal appeals court ruled that the 'Prism' program was actually illegal, yet just last week the 2nd U.S. Circuit Court of Appeals in New York struck down a preliminary injunction brought by the American Civil Liberties Union that would have brought an immediate halt to the above said NSA warrantless bulk phone metadata program...the very program Snowden exposed...and instead allowed the NSA to continue in operation for another 180-days to assure what they called an “orderly transition” period so the program could come to a timely end. A timely end...I really don't think so...more like the liberal court giving Obama and crew more time to 'dispose' of documents they fear might reach 'We the People's' eyes.

"An abrupt end to the program would be contrary to the public interest in effective surveillance of terrorist threats, and Congress thus provided a 180-day transition period...under the circumstances, we will defer to that reasonable decision," wrote Circuit Judge Gerard Lynch, the very same judge who originally ruled what the NSA was doing to be illegal. Quite interesting I would say.

And at the same time this particular ruling came down the European Parliament tried to protect Snowden from prosecution by voting for a symbolic nonbinding resolution that would have all pending charges against him dismissed. In a vote of 285 to 281, the resolution called on all 28 E.U. member nations to “drop any criminal charges against Edward Snowden, grant him protection and consequently prevent extradition or rendition by third parties, in recognition of his status as whistle-blower and international human rights defender.” And then in a separate vote, the same body voted that "too little has been done to safeguard citizens' fundamental rights following revelations of electronic mass surveillance" by passing in a vote of 342 to 274 with 29 abstentions, another resolution urging the E.U. Commission to make sure that all data transfers to the U.S. have an "effective level of protection," while at the same time calling for more Internet technology independence and online privacy among European nations themselves.

But can you really blame them, after all the documents Snowden revealed showed one and all that the U.S. under the Obama administration had spied...YES spied...NOT only on we American citizens, but on foreign leaders, nongovernmental organizations, and on the United Nations as well. And this has led the E.U. Commission to now consider the ramifications of the European Court of Justice's ruling that struck down the U.S./E.U. data-transfer agreement known as 'Safe Harbor'...the very agreement that allows American companies to move personal data between the European Union and the U.S...rendering it invalid because U.S. surveillance of tech companies conflicted with E.U. privacy guarantees. This translates into American tech companies financially being hurt as foreign companies and governments have been forced to reject their products out of fear that the NSA has, if you will, 'compromised' them, as well as their now having to figure out how to legally transfer European employee and customer data back to their U.S. servers.

And now according to his lawyers, Snowden, who currently is a director at the 'Freedom of the Press Foundation,' would like to come back to the U.S. if...and only if...he’s guaranteed a fair trial with full due process...which is kind of a misnomer as Snowden is charged under a law that allows for NO mitigating circumstances. And via a newly opened Twitter account (Edward Snowden@Snowden ... https://twitter.com/Snowden) Snowden called the E.U. Parliament’s non-binding vote a “game-changer,” while at the same time his lawyers called it a “symbolic blow” to the Obama administration’s efforts to get Snowden back to the U.S. to face charges.

Remember, the U.S. has in place long standing extradition treaties with all the European nations...except in death penalty cases...and this vote sends a slap-in-the-face message that the E.U. will, in Snowden's case, NOT honor this agreement, thus making it clear to Obama that they feel that Snowden did NOTHING less then protect democracy from itself...further translating into the fact that Snowden may soon be granted 'safe passage' to travel freely throughout other countries in the European Union...freely travel and freely talk to anyone he so chooses.

But why is the European Union really protecting Edward Snowden... to find the answer to that we must go back to 2004, when the U.N. special rapporteur (the person appointed to report on the proceedings of its meetings) for freedom of expression, as well as his counterparts in the Organization of American States and the Organization for Security and Co-operation in Europe, issued a joint call to all governments to protect whistleblowers from all "legal, administrative or employment-related sanctions if they act in 'good faith.” Then in 2010, the parliamentary assembly of the Council of Europe stated in resolution 1729 that "the definition of protected disclosures shall include all bona-fide warnings against various types of unlawful acts,” and that member countries' laws "should therefore cover both public and private sector whistle-blowers, including members of the armed forces and special services."

And to the members of the European Union, Edward Snowden fits the definition of a whistleblower to a tee as what Snowden exposed, they felt, threatened their very sovereignty, privacy, as well as their founding principles. So the E.U. countries feel they owe, if you will, Snowden a debt of gratitude for his revelations, which clearly and undoubtedly were in the public interest...as they are here in America as well but which the Obama administration could care less about as the public interest...as 'We the People'...be damned.

So in the E.U. now giving Snowden a form of legal protection they have done two things, first being what our First Amendment failed to do in Edward Snowden's case...protect the privacy of individuals in a clear case of need-to-know public interest as it relates to the freedom of information and second, the Whistleblower Protection Act...a federal law that protects federal whistleblowers who work for the government and report agency misconduct...seems to have been completely negated as it did NOT protect Edward Snowden whose sounding the alarm was indeed an act done in the public interest...an interest having NOTHING whatsoever to do with national security issues being breached as would be interpreted by our intelligence services.

And with Snowden tweeting that, “This [E.U. ruling] is not a blow against the U.S. Government, but an open hand extended by friends. It is a chance to move forward,” the truth is it is indeed a well deserved blow to an administration run amok that has NEVER been called to task for their criminal actions. And you have to love that when Edward Snowden signed onto Twitter that he chose to follow only one account...that being the NSA...whose first tweet to them was “Can you hear me now?” Yeah they can and so too can 'We the People.'