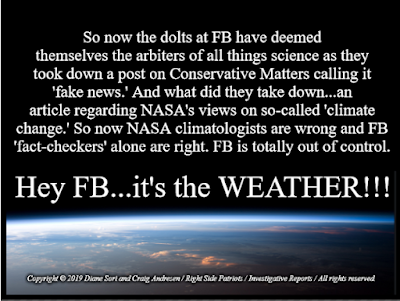 The Democratic National Committee has compiled a massive amount of opposition research into President Donald Trump, Axios reported. The Democrats reportedly dug through 7,000 lawsuits from all 50 states to pinpoint Trump's vulnerabilities.

According to Axios, the DNC also put together a comprehensive document of each time Trump said Mexico would pay to build a wall along the United States-Mexico border during the 2016 presidential campaign. The DNC is expected to drop relevant information with local reporters, groups and Democrats in key battleground states, an anonymous source familiar with the document said.

One of their other key tactics will be focusing on anecdotal stories in states like Iowa, Minnesota, Michigan, Arizona, Colorado, Florida and Texas. They want to find residents who feel Trump's policies have negatively impacted them. Specifically, Democrats plan to focus on farmers and truckers and how tariffs have hurt them.

Email ThisBlogThis!Share to TwitterShare to FacebookShare to Pinterest
Exclusive: Justice Gorsuch slams view that judges should be political actors shaping outcomes
By Alex Swoyer and Stephen Dinan - The Washington Times

Supreme Court Justice Neil Gorsuch may be the most optimistic lawyer in America today — which is surprising because he just published a book looking at where America’s experiment in constitutional governance is struggling.

He rejects the notion of treating judges as political figures, siding with Chief Justice John G. Roberts Jr. in dismissing President Trump’s suggestion there are “Trump judges” and “Obama judges” whose decisions are predictable based on who appointed them.

But that doesn’t mean all is well in the legal world, where he does acknowledge a gap between what judges are supposed to be doing — deciding cases based on the laws written by Congress — and the expectations of many Americans, who want judges to shape outcomes.

“If you don’t like the law, you go across the street. You change it. It’s not my job to do their job,” he told The Washington Times from his Supreme Court chambers, on the other side of First Street from the U.S. Capitol. “We need to understand the separation of powers. … To me, it’s what keeps us free.”

My latest in PJ Media: In light of the ongoing efforts by Democrats and the establishment media to make the Make America Great Again hat equivalent to the Nazi swastika, presidential candidate Julián Castro’s recent embrace of the phrase was curious in the extreme. Yet thus far no Leftist political or media spokesperson has complained […]
Read in browser »

Email ThisBlogThis!Share to TwitterShare to FacebookShare to Pinterest
RIGHT SIDE PATRIOTS...for those who missed last Friday's...our 'catch up' show due to Hurricane Dorian...or just want to listen in again...where Craig Andresen and Diane Sori discussed 'The Untold Truths About the Rainforest Fires;' The Dangerous Truth of Liberal Word Games'; and important news of the day...you can listen to it (and previous shows) at your convenience on our PodBean hosting/archive site. Click here: https://rightsidepatriots.podbean.com/ to go directly to our podcasts and hope you become 'followers' of RIGHT SIDE PATRIOTS. And our podcasts are now also on Spotify at: https://open.spotify.com/show/2ZfPSVcjon4DhpHcuAl3BT