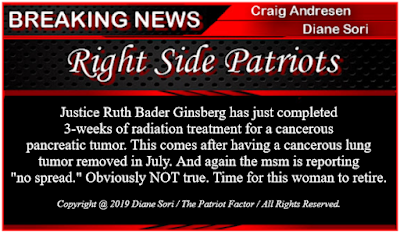 Posted by Diane Sori at 3:41 PM No comments: 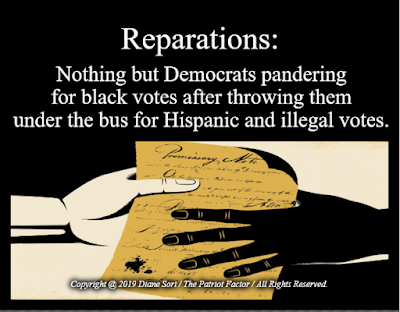 The opinions expressed by columnists are their own and do not represent the views of Townhall.com.
One of the more poignant moments of Barack Obama's presidency came at the very end, in January 2017, just days before he left the White House. He awarded Vice President Joe Biden the Presidential Medal of Freedom. Obama spoke at great length about their personal friendship and praised Biden's leadership. In response, Biden said he knew that, no matter what, Obama would always be there for him.

Obama: "It was 8 1/2 years ago that I chose Joe to be my vice president. There has not been a single moment since that time that I have doubted the wisdom of that decision. ... Joe's candid, honest counsel has made me a better president and a better commander in chief."

Biden: "Mr. President, you know as long as there is breath in me, I will be there for you, my whole family will be, and I know it's reciprocal."

This is the kind of thing that Israelis have to endure on a daily basis. Then Rashida Tlaib and Ilhan Omar go before a misinformed and indifferent American public and a collaborationist establishment media and portray the “Palestinians” as innocent victims of unprovoked Israeli aggression. In reality, if the “Palestinians” stopped their genocidal incitement and […]
Read in browser »

They deserve it. They served their country. Thank you #GOAT president.

President Trump on Wednesday signed an executive order directing the Department of Education to cancel all federal student-loan debt for seriously disabled veterans.

“Veterans . . . who have made such enormous sacrifices for our country should not be asked to pay anymore,” Trump said as he addressed more than 2,500 veterans at the 75th annual AMVETS convention in Louisville, Ky. “The debt of these disabled veterans will be entirely erased. It will be gone. They can sleep well tonight.”

More than 25,000 “completely and permanently” disabled veterans will see “every penny” of their student debt forgiven under the order, Trump said.

Posted by Diane Sori at 7:22 AM No comments: