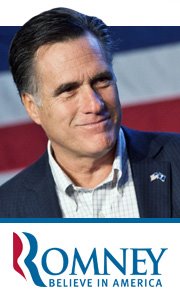 We need to encourage the success of hard working entrepreneurs NOT tear them down!

Small businesses are the lifeblood of our economy.

But President Obama’s comments last week show that he just doesn’t understand who the real
job creators are.

How can he help small businesses when he doesn’t even recognize their value?

Posted by Diane Sori at 4:26 PM No comments:

Obama Believes Success Is a Gift From Government

Perhaps the rain made the teleprompter unreadable. That's one thought I had on pondering Barack Obama's comments to a rain-soaked rally in Roanoke, Va., last Friday.
Perhaps he didn't really mean what he said. Or perhaps -- as is often the case with people -- when unanchored from a prepared text he revealed what he really thinks.


"There are a lot of wealthy, successful Americans who agree with me -- because they want to give something back," he began, defending his policy of higher tax rates on high earners. "They know they didn't -- look, if you've been successful, you didn't get there on your own. You didn't get there on your own. I'm always struck by people who think, well, it must be because I was just so smart. There are a lot of smart people out there. It must be because I worked harder than everybody else. Let me tell you something -- there are a whole bunch of hardworking people out there.


"If you were successful, somebody along the line gave you some help. There was a great teacher somewhere in your life. Somebody helped to create this unbelievable American system that we have that allowed you to thrive. Somebody invested in roads and bridges. If you've got a business -- you didn't build that. Somebody else made that happen."


In other words, Steve Jobs didn't make Apple happen. It was the work of a teacher union member -- er, great teacher -- and the government agencies that paved I-280 and El Camino Real that made Apple happen.

High earners don't deserve the money they make, Obama apparently thinks. It's the gift of government, and they shouldn't begrudge handing more of it back to government.

And that's true, as he told Charlie Gibson of ABC News in 2008, even if those higher tax rates produce less revenue for the government, as has been the case with rate increases on capital gains. The government should take away the money as a matter of "fairness."

The cynical might dismiss Obama's preoccupation with higher tax rates as an instance of a candidate dwelling on one of his few proposals that tests well in the polls. Certainly he doesn't want to talk much about Obamacare or the stimulus package.

Cynics might note that he spurned super-committee Republicans' willingness last year to reduce tax deductions so as to actually increase revenue from high earners, without discouraging investment or encouraging tax avoidance as higher tax rates do.

But maybe Obama's Captain-Ahab-like pursuit of higher tax rates just comes from a sense that no one earns success and that there's no connection between effort and reward.

That kind of thinking also helps to explain the approach taken by Sen. Patty Murray in a speech at the Brookings Institution Monday. She wants a tax rate increase on high earners so badly she said she'd prefer raising everyone's taxes next year to maintaining current rates.

Murray was first elected in 1992 as a state legislator who had been dismissed by a lobbyist as "just a mom in tennis shoes." But in 20 years she's become an accomplished appropriator and earmarker.

"Do no harm," Federal Reserve Chairman Ben Bernanke told members of Congress at a hearing yesterday, urging them to avoid the sharp spending cuts and tax rate increases scheduled for year's end.

But Murray is threatening to do exactly that kind of harm. Those prattling about how irresponsible Republicans are might want to ponder her threat.

And to consider that Republicans remember what happened to the last Republican who agreed to such rate increases, George H.W. Bush in 1990. Seeking re-election in 1992, he won only 37 percent of the vote. Republicans won't risk that again.

The Obama Democrats seem to believe that there's no downside risk in threatening huge tax increases for everyone and in asserting that if you're successful "someone else made that happen."

Affluent voters trended Democratic over two decades on cultural issues. But economic issues dominate this year, and they may not appreciate Obama's assertion that they don't deserve what they've earned.
Posted by Diane Sori at 10:55 AM No comments:

Flight schools must not provide "flight training to a foreign student unless the Secretary of Homeland Security first determines that the student does not pose a threat to aviation or national security." But actually to do this checking would be "Islamophobic." And anyway, what could go wrong?


More than a decade after the Sept. 11, 2001 terror attacks claimed the lives of nearly 3,000 Americans, some foreign flight students are still not subject to terror database screening until after they've completed pilot training, according to a new report from the government's watchdog.

"Thus, foreign nationals obtaining flight training with the intent to do harm, such as three of the pilots and leaders of the Sept. 11 terrorist attacks, could have already obtained the training needed to operate an aircraft before they received any type of vetting," says report, published today by the Government Accountability Office....

After the attacks, the Transportation Security Administration (TSA) established the Alien Flight Student Program (AFSP), which is designed to prevent flight schools regulated by the Federal Aviation Administration from "providing flight training to a foreign student unless the Secretary of Homeland Security first determines that the student does not pose a threat to aviation or national security."

But the new GAO report says that the AFSP database is woefully behind and some of the more than 25,000 foreign nationals who were in the FAA airmen registry were not found in the AFSP database, "indicating that these individuals had not applied to the AFSP or been vetted by the TSA before taking flight training and receiving an FAA airman certificate."...