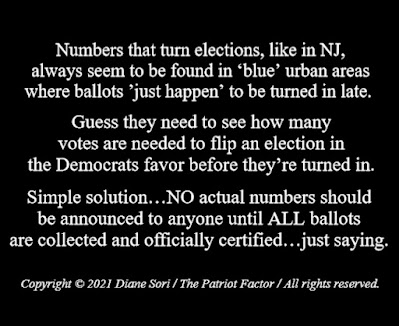 Early on Wednesday morning, Governor-Elect Glenn Youngkin (R-VA) took the podium to address supporters in Chantilly, Virginia. From the start, to many Virginians, Youngkin represented a powerful grassroots candidate, who inspired voters throughout the commonwealth of all demographics. As the race progressed, education particularly turned out to be an important issue. And, for a significant part of the electorate, the most important issue.

A major part of Youngkin's victory speech touched upon education, as highlighted by Tim Hains for RealClearPolitics:

There is no time to waste. Our kids can't wait. We work in real people time, not government time. So on day one, we are going to work. We're going to restore excellence in our schools. We will invest the largest education budget in the history of the commonwealth. We're going to invest in teachers, new facilities, special education...Read more and see video here.

A great deal of media attention on Wednesday focused on Virginia Republican Glenn Youngkin’s win and the many down ballot races in both Virginia, New Jersey, and elsewhere that Republicans swept. But the best story by far is the upset that happened in New Jersey’s District 3. As Townhall reported Wednesday, Edward Durr, a GOP truck driver who had a shoestring budget, was on the verge of taking out Steve Sweeney, the longest-serving president of the state Senate in New Jersey's history.

With all expected votes in, Durr is ahead by about 2,000 points. While for some reason the race hasn’t officially been called—a point other media outlets were puzzled by—the Republican State Leadership Committee's email Wednesday evening suggested that it’s over.