After launching a cyber attack against Sony—releasing embarrassing emails, employee information, and threatening 9/11 style attacks on theaters that dared show “The Interview,” the country is now reportedly experiencing major Internet problems.
CNBC has the details:


The country, which the FBI accused last week of the cyberattack, is suffering from periodic Internet outages, and experts at DYN Research found that recent problems were out of the ordinary, according to a report from North Korea Tech.

"I haven't seen such a steady beat of routing instability and outages in KP before," Doug Madory, director of Internet analysis at Dyn Research, told North Korea Tech. "Usually there are isolated blips, not continuous connectivity problems. I wouldn't be surprised if they are absorbing some sort of attack presently."

In an interview with Re/code, Madory said that even typically strong connections are experiencing disruptions. (CNBC's parent NBC Universal is an investor in Re/code's parent Revere Digital.)

"They're pretty stable networks normally," he told Re/code. "In the last 24 hours or so, the networks in North Korea are under some kind of duress, but I can't tell you exactly what's causing it."

While we don’t yet know whether this was in fact some sort of counterattack, keep in mind that in a press conference just last week, President Obama said the cyber attack caused “a lot of damage” and promised to “respond proportionally,” in a “place and time and manner that we choose.”

According to Madory, the connectivity problem in the country has gotten so bad that it's now "totally down." Meanwhile, State Department spokeswoman Marie Harf would not comment on the reported outages in North Korea but, regarding Obama's promise to respond, said "some will be seen, some may not be seen."

Well, the day has arrived! On March 4, the Supreme Court will hear oral arguments on King v. Burwell, which will determine the fate of Obamacare. The King case was decided around the same time as Halbig v. Burwell, which argued similar points over health care subsidies for exchanges “established by the state.”


The Supreme Court said it will hear oral arguments on March 4 in a lawsuit over whether the Obama administration is improperly providing tax credits to consumers who purchase health insurance through the federal exchanges.

The case will determine the fate of the tax credits to millions of consumers who have obtained insurance coverage through HealthCare.gov, the federal marketplace. The Supreme Court decided Nov. 7 to hear the lawsuit from Virginia, King v. Burwell, that challenges a key part of the Affordable Care Act. In all, an estimated 4.7 million people receive billions of dollars in subsidies to buy health coverage on the federal exchange.

On March 4, the Supreme Court will only hear arguments related to the King case.
…
The tax credits are considered central to the law’s success. Under the ACA, most Americans must have health insurance or pay a penalty. The exchanges let individuals who don’t have insurance from their employer, Medicaid or Medicare to purchase insurance policies, with tax credits for lower-income consumers.

So, mark your calendars fellow health care wonks, journalists, bloggers, and political junkies; the ACA is heading back to court.

It speaks to the abject failure of rehabbing jihadists. The idea that we can reform violent jihadists “by teaching them that they misinterpreted Islamic law” is absurd. These jihadists can give classes in Islamic texts and teachings and why what they are doing is exactly what is prescribed in the Quran. 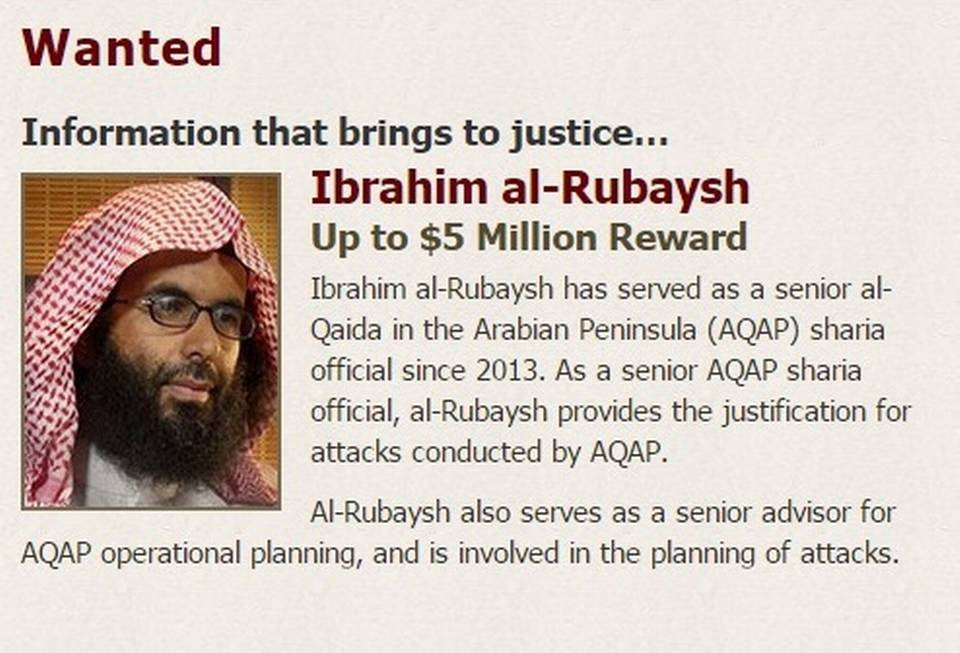 The United States is offering a $5 million bounty for the recapture of an Islamic terrorist it freed...


More indication that Ismaaiyl Abdullah-Muhammad, aka Ismaaiyl Abdullah Brinsley, was indeed intending to “strike terror into the hearts of the enemies of Allah” (Qur’an 8:60) when he shot NYPD cops Rafael Ramos and Wenjian Liu.

The Muslim NYPD cop killer Ismaaiyl Abdullah Brinsley worked for a Muslim Brotherhood front group, according to his Facebook page.

GotNews.com has confirmed and exclusively discovered that Brinsley went by another name — Ismaaiyl Abdullah-Muhammad — and that he worked for the Islamic Society of North America.

The Islamic Society of North America is a Muslim Brotherhood front group that was described as an unindicted co-conspirator by the Justice Department in the 2007 Holy Land terror cases.

Brinsley a.k.a. Muhammad’s Facebook page includes liking pages like “I love Islam” and “I Have To Be More Philosophical, About My Life.”…

Forget about qualifications, now diversity is the only requirement for police departments under the gun of political correctness.

NJ  The Jersey City Police Department promoted a diverse group of officers to the rank of detective today in city hall, including the first Muslim officer to hold the position.  “It feels good but it comes with great responsibility to be the first of anything,” said Ahmed Azmy, 31, who becomes the first Muslim detective in the department’s history. “It opens the door for other diverse nationalities and religions.”

New York Mayor Bill de Blasio has met with the families of the two officers shot to death in a squad car this weekend.

“I’m sorry for your loss,” the mayor said as he, his wife Chirlane McCray and NYPD Commissioner Bill Bratton visited with relatives of officer Rafael Ramos on the front porch of the family's Brooklyn home. They were inside the home for about 30 minutes, according to The New York Post.

Relations had been growing strained between de Blasio and the NYPD, after the New York mayor quietly left a Mass at St. Patrick's on Sunday and disappeared, never showing up to pay his respect to the families of the police officers shot and killed in an ambush on Saturday.

John Rodriguez, who serves as president of the 75th Precinct Community Council, called out de Blasio for his conduct and said he should do more. "Come out here and show this family some respect — that’s what [de Blasio] should do," The New York Post reported.

Neither de Blasio, his wife or Bratton spoke publicly after Monday's visit.

On Sunday, de Blasio prayed alongside his wife and Bratton, taking communion and receiving a blessing from Cardinal Timothy Dolan, he left after the 10:15 a.m. service and was not seen later in the day, even as Bratton visited the scene of the attack in Brooklyn and as Gov. Andrew Cuomo spent an hour with the family of one officer, Rafael Ramos, at his home.

"An attack on a police officer is an attack on every law-abiding person in the city of New York, and that’s what this was," Cuomo said afterward, according to The Post.

The widow of the second officer declined a visit from the governor, saying she was too distraught, Cuomo's spokesman told The Post.

De Blasio has been heavily criticized for his conduct and comments since a grand jury earlier this month failed to indict officers in the chokehold death of Staten Island resident Eric Garner.

He made a statement to the effect that he was concerned for the safety of his biracial son at the hands of the police.

Police, in reaction, circulated a "Don't Insult My Sacrifice" waiver on the website of the Patrolmen's Benevolent Association, banning de Blasio from attending their funerals should they be killed in the line of duty.
Read more »
Posted by Diane Sori at 1:11 AM No comments: