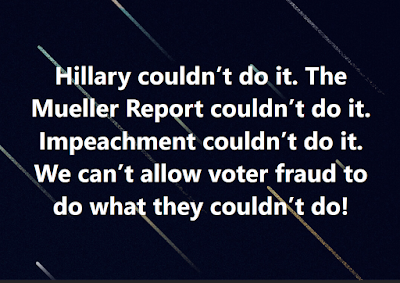 George Washington University Law Professor Jonathan Turley slammed Democrats' assertion that Supreme Court Justice Amy Coney Barrett should have to abstain from any cases related to the 2020 presidential election. According to Turley, there's no reason for Barrett not to participate simply because she was confirmed before an election.

"Jonathan, so that brings us to the fact that Justice now Amy Coney Barrett is in this position in this Court that is now nine, filling the spot of deceased Ruth Bader Ginsburg and Democrats, during that hearing, were saying, 'You have to recuse yourself if an election case comes to the Supreme Court after November 3rd.' I assume we're going to hear that more," Fox News' Bret Baier said.

"It will and it's utterly ridiculous and it's also incredibly insulting. There's no reason under the usual interpretation of the standard for recusal for Justice Barrett to withdraw from this case," Turley explained. "She doesn't have an interest in this case. She doesn't have a financial interest in this case. She didn't work on underlying litigation or cases related to any appeal. None of those conditions exist."

As horrible as the China virus was/is, the silver lining (for lack of a better descriptive term) is it exposed what autocratic, oppressive, freedom-hating totalitarians the Democrats are. No one believed us.

A judge tentatively ruled on Nov. 2 that California Gov. Gavin Newsom overstepped his authority when he issued an executive order in June requiring all counties in the state to send mail-in ballots to every registered voter for the Nov. 3 election.

The governor’s June executive order violated the California Constitution, Heckman ruled, because it created new law. Only the legislature has the power to create laws under California’s constitutional separation of powers.