The Patriot Factor is proud to announce that we are now listed on The Daily Rant's Blogroll as one of the top 20 conservative sites to visit.  Thank you Michael Massie and Jim Lefkowitz for this honor.

http://mychal-massie.com/premium/
Posted by Diane Sori at 7:00 PM No comments: 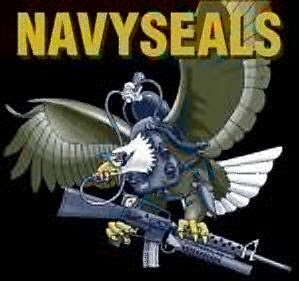 When the caskets of those who were killed in Afghanistan and brought back to Dover Air Force Base, the families collectively asked that Obama NOT have cameras present. The families wanted to grieve in peace and not be part of an Obama photo op circus and political statement. Many of the families did not even want to be acknowledged by Obama, but he didn’t respect that request either.

Their name conjures up the most celebrated moment of America’s post-Sept. 11 military campaigns. Now the Navy SEALs belong to a grimmer chapter in history: the most deadly incident for U.S. forces in the 10-year Afghanistan war.

Three months after they killed Al Qaeda leader Osama bin Laden in neighboring Pakistan and cemented their place in military legend, the SEALs suffered a devastating loss when nearly two dozen of the elite troops were among 30 Americans who died when their helicopter was shot down in Afghanistan.

(Personally, I believe Obama wanted the SEALS killed which is why the entire SEAL team was placed on an old, slow helicopter, and sent into a Taliban-infiltrated area)

See The United West video with the interview of one of the families here:
http://barenakedislam.com/2012/05/05/barack-hussein-obama-spits-on-the-families-of-the-dead-navy-seals/
Posted by Diane Sori at 6:16 PM No comments:

Obama screws us yet again!

After signing a 10-year lease and spending more than $80 million on a site envisioned as the United States’ diplomatic hub in northern Afghanistan, American officials say they have abandoned their plans, deeming the location for the proposed compound too dangerous.

Eager to raise an American flag and open a consulate in a bustling downtown district of the northern Afghan city of Mazar-e Sharif, officials in 2009 sought waivers to stringent State Department building rules and overlooked significant security problems at the site, documents show. The problems included relying on local building techniques that made the compound vulnerable to a car bombing, according to an assessment by the U.S. Embassy in Kabul that was obtained by The Washington Post.

The decision to give up on the site is the clearest sign to date that, as the U.S.-led military coalition starts to draw down troops amid mounting security concerns, American diplomats are being forced to reassess how to safely keep a viable presence in Afghanistan. The plan for the Mazar-e Sharif consulate, as laid out in a previously undisclosed diplomatic memorandum, is a cautionary tale of wishful thinking, poor planning and the type of stark choices the U.S. government will have to make in coming years as it tries to wind down its role in the war.

In March 2009, Richard C. Holbrooke, who had recently been appointed President Obama’s envoy to Afghanistan and Pakistan, lobbied for the establishment of a consulate in Mazar-e Sharif within 60 days, according to the memo. The city was deemed relatively safe at the time, far removed from Taliban strongholds of the south. A consulate just a short walk from Mazar-e Sharif’s Blue Mosque, one of the country’s most sacred religious sites, was seen as a way to reassure members of the ethnic Tajik and Uzbek minorities that dominate the north that the United States was committed to Afghanistan for the long haul.

“At the time, [Holbrooke] pushed hard to identify property and stand up an interim consulate, on a very tight timeline, to signal our commitment to the Afghan people,” according to the January memo by Martin Kelly, the acting management counselor at the U.S. Embassy in Kabul. Holbrooke died in 2010 of complications from heart surgery.

An embassy spokesman declined to respond to questions about the assessment of the Mazar-e Sharif compound, saying that as a policy matter officials do not discuss leaked documents.

Trouble from the start

Had the Mazar-e Sharif consulate opened this year as planned, it would have been the second of four the U.S. government intends to set up. The United States has a consulate in the western Afghan city of Herat and is assessing options for the three other cities where it intends to keep a permanent diplomatic presence: Kandahar in the south, Jalalabad in the east and Mazar-e Sharif.

The embassy memo says the facility was far from ideal from the start. The compound, which housed a hotel when the Americans took it on, shared a wall with local shopkeepers. The space between the outer perimeter wall and buildings inside — a distance known as “setback” in war zone construction — was not up to U.S. diplomatic standards set by the State Department’s Overseas Security Policy Board. The complex was surrounded by several tall buildings from which an attack could easily be launched.

Posted by Diane Sori at 4:53 PM No comments: 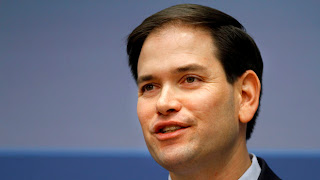 Sen. Marco Rubio on Sunday defended his emerging version of a scaled-back Dream Act to help the children of illegal immigrants earn legal status, saying it is not a form of amnesty and would use the existing immigration system to address a "humanitarian issue."

"We don't create any special pathways," the Florida Republican senator, who is considered a strong contender to be Mitt Romney's running mate, said      on  "Fox News Sunday."

Rubio's nascent proposal would allow the children of undocumented residents to obtain visas if they are attending college or serving in the military, and then apply for permanent residency through the normal process after that. The original version of the Dream Act, which many Republicans opposed, would have created a special path to permanent residency and even citizenship.

Rubio's plan has received a mixed response from GOP leaders. Romney himself has indicated a willingness to consider it, though has not openly embraced it.

Asked about Romney's potential reluctance to give Rubio's plan a public bear hug, Rubio said it would be "impossible" for anybody to take a firm stance on it, since the bill has not yet been filed.

"We still don't have a piece of legislation with the details in it," Rubio said.

Rubio's emerging plan is seen in some circles as a lifeline to Romney, who took tough anti-illegal immigration positions during the GOP primary battle, and one that could help him win back Hispanic voters.

Rubio pushed back on that idea, saying it's "wrong" to suggest Hispanic voters are in favor of illegal immigration. If anything, he said, Hispanics have been hurt by the economic policies of President Obama.

Obama's record, he said, "is not a record of upward mobility."

As for his Dream Act-style plan, Rubio insisted it would work within the existing immigration system while expressing empathy for the children of illegal immigrants whom it is meant to help.

"Their parents put them in this predicament," he said.
Read more: http://www.foxnews.com/politics/2012/05/06/rubio-says-dream-act-style-proposal-deals-with-humanitarian-issue-not-amnesty/?intcmp=trending#ixzz1u7j76Zx2
Posted by Diane Sori at 4:33 PM No comments:

Email ThisBlogThis!Share to TwitterShare to FacebookShare to Pinterest
Op-ed:
Time to be direct and to the point...
By: Diane Sori 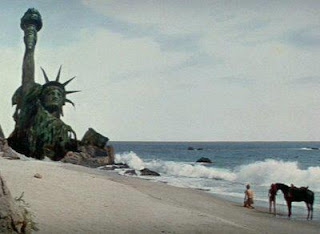 Sometimes people need to be shocked into reality so here it is...It's time for all Americans of conscience to unite together behind MITT ROMNEY or this could be our fate with another 4 years of Barack Hussein Obama at the helm...it is that simple!

I know this might be a bit overboard but sometimes 'shock and awe' is needed to get people's attention.

I believe America could very well be on 'the eve of destruction' if Barack Hussein Obama is re-elected.  This man sides with our enemies, defames and dishonors our brave men and women in uniform, puts the interests of ILLEGALS ahead of American citizens, has done NOTHING to improve our economy or to create jobs, shoves mandates down our throats like ObamaCare that 'We the People' do NOT want or need, doesn't understand or even want to understand the basic concept of you cannot have the government spend more than it takes in, the list is endless.

Barack Hussien Obama is 'the enemy within' as he goes against EVERYTHING our great country stands for.  Our Constitution, our laws, our code of morals and conduct, and our Judeo-Christian living God all mean NOTHING to him...NOTHING at all.

Barack Hussein Obama holds Congress hostage with his flashing around of the infamous race card every chance he gets, and he just loves dividing this country using class warfare and racial tensions as his weapons.

Barack Hussein Obama is about Barack Hussein Obama, period!  His 'I Killed bin Laden' publicity tour speaks volumes about this.  It's so sad that our brave Navy SEALS now have to take a backseat to his bloviatings but we all know that with Obama, 'it's all about me, me, me...I, I, I!'

With Iran on the verge of getting a nuclear bomb and with Israel amassing much needed troops along its borders, now is NOT the time to allow this dangerous man a second term in office for he will sell out Israel AND America in a heartbeat to appease his muslim brethren...you know it, I know it, and he knows we know it! 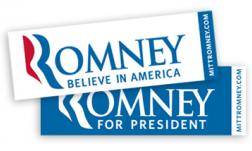 For the life of me, I cannot think of one good thing this man has done for our country, NOT a one.  So now all I can think about is that we all must unite together to send this dangerous, traitorous man packing so we can start our country's return to the exceptionalism and greatness that he has taken away from her.

MITT ROMNEY is our nominee so it's time for all the Romney bashing to stop.  We ALL must unite together behind him.  Is his candidacy perfect...of course not.  No candidacy nor any candidate is perfect.  But Romney is a good man, a moral moral, a man who WILL jump start our economy and help put Americans back to work, a man who will NEVER bow down to or side with our enemies, a man who will honor and respect our brave men and women in uniform, a man who lives by our Constitution and will restore Constitutional law to our country, and a man who will stand by our country's dream of 'one nation under God with liberty and justice for all.'

UNITED WE WILL WIN...DIVIDED WE COULD VERY WELL FALL!