'I don't think they've got an October surprise'

PALM BEACH, Fla. – With Election Day approaching next month and the second debate between Mitt Romney and Barack Obama slated for Tuesday night, radio host Rush Limbaugh believes the president’s campaign has completely run out of good ideas for re-election.

“That’s what this … attempt to tie Romney to Bain [Capital] is about. That’s what Big Bird’s about. They don’t have anything else,” he said. “I think it’s so much worse for the Obama campaign than anybody’s willing to admit anywhere.”

Limbaugh said he didn’t wish to sound overconfident, but, “I think Obama’s a has-been. If Obama hasn’t gotten [voters] by now, there’s nothing he can do. People are running away from Obama.”

He noted that supporters of Obama are hoping the president uses the debate in New York to focus on Romney’s remarks about 47 percent of Americans who don’t pay income tax.

The former Massachusetts governor had told wealthy donors in May he thinks 47 percent of Americans believe they are victims and entitled to government help.

“This 47 percent is like a lifeline,” Limbaugh said. “It’s almost like if you’re a Cowboys fan, you want the second-string quarterback in after yesterday. Or any team that had great expectations and high hopes and the starting quarterback just isn’t pulling it off. Get the second-stringer in there. It really indicates how little the regime has in their campaign arsenal if that represents so much.

“One throwaway comment by Romney in May to a bunch of donors. To me, that tells me they’re starting to recycle things now. Bain was one of the first things out of the campaign’s mouth months ago when they were trying to tie Bain and Romney and Wall Street, and that’s why they created Occupy Wall Street. This Bain linkage is months old, and they’re just now going back to it because they don’t have anything else. They’ve fired their big guns.

“And then Benghazi happened, and they don’t have an answer. You talk about a candidate not having an answer for something. How about a dead ambassador, three Americans, and blaming it on a video and then trying to slough it off on Mrs. Clinton and blaming it on the intel community?”
Posted by Diane Sori at 10:04 AM No comments: 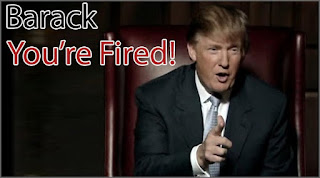 Second...Let's get something straight Hillary...the security of American diplomats overseas and the security of the people here in America lies with the president NOT with the Secertary of State!

Third...I really want to know where was the retaliation for Benghazi and the MURDERS of 4 Americans...did I miss it (insert sarcasm here).

Email ThisBlogThis!Share to TwitterShare to FacebookShare to Pinterest
Op-ed:
Iran and sanctions...like oil and water

When it comes to Iran I don’t know why people refuse to understand that sanctions just do NOT work.  Even with all the sanctions that have been put in place already, Iran is still well on its way to having nuclear weapons capability.  And the thought of a nuclear armed Iran, especially an Iran headed by the madman Ahmadinejad, is NOT something I, or any person with even one working brain cell, wants to see become a reality.


We know where Barack HUSSEIN Obama stands on Iran, he bloviates he’s against them but his actions prove otherwise, and now we have the European Union jumping on the bandwagon of imposing more useless sanctions.

EU foreign policy chief Catherine Ashton says that the unilateral sanctions announced by the US as well as those imposed by the UN Security Council, have done significant damage to Iran’s economy, and now with the EU adding even tougher sanction they believe Iran will be persuaded to make concessions and that negotiations could resume "very soon."

Hate to break the news to them but Iran is laughing in their faces and in ours.  The only one they’re NOT laughing at is Israel.

And while the EU keeps bloviating over and over that they’re concerned with Iran's refusal to level with them about its nuclear program, they, instead of drawing a ‘red line’ as Israeli Prime Minister Benjamin Netanyahu suggested when speaking before the UN last month, instead are choosing to impose yet another new range of useless sanctions against Iran’s banking, shipping and industrial sectors.  They hope this will hit the country's treasury and increase pressure on Ahmadinejad to stop their nuclear development program.

And while Maryam Rajavi, president-elect of the Iranian Resistance, welcomed the EU’s decision to expand sanctions as "an essential step to preclude this regime from acquiring nuclear weapons" she stressed that this does NOT go far enough.  Rajavi wanted the EU to sever all economic and commercial ties with Iran but the EU will only go so far in what they’ll do...just as Obama will only go so far.

They will only go so far...and guess what...as Iran is laughing it has used the added time to take measures that allow them to circumvent the sanctions by using front countries or companies and by using barter trade.

And now Iran is playing the blackmail game with the West as they continue their insistence that it has every right to enrich uranium saying they want nuclear capability for ‘peaceful purposes’ only, and that all economic sanctions must be lifted before it will even consider stopping any activities that will enable it to reach that goal.

Yeah right...like any thinking person believes or trusts anything they say.

Iran says it needs 20% enriched uranium to conduct medical research, but nuclear technology experts have said such enriched uranium could be converted to weapons-grade material within six months, and with a mad man like Ahmadinejad and his Islamic regime at the helm you know they are lying through their teeth.

But EU's foreign policy chief, Catherine Ashton, told reporters before announcing the additional sanctions that there was still "room for negotiations" between Iran and the UK, US, France, China, Russia and Germany.

NOT really as far as Benjamin Netanyahu is concerned.

Netanyahu knows that harsher warnings must be sent to Tehran, as in drawing that ‘red line’ that Iran dare NOT cross despite Obama’s refusal to issue an ultimatum or to stand with Israel beyond mere lip service.  In fact, yesterday in a speech in Israel Netanyahu let it be known that Israel had new unspecified ‘capabilities’ to act against Iran's nuclear threat, an issue he said he had placed at the heart of the global debate.  Referring to past threats to attack Iran to stop it from building a nuclear bomb, Netanyahu said Israel now had "the capabilities to act against Iran and its satellites, capabilities we didn't have in the past.”­­­­

And you can take it to the bank that if Israel says it has ‘something’ you know it as fact that they do.

So now with the EU adding even more useless sanctions, thus buying Iran the extra time needed to actually develop a weapon, the possibilities of a true Middle-East War is still in the countdown mode.  But at least we know that Netanyahu will NOT allow it to be a go before our election, as he knows he’ll have Romney’s support when the time to attack is right.

Positive thinking about Romney on my part and I’m sure on the part of many of you as well.
Posted by Diane Sori at 1:04 AM No comments: