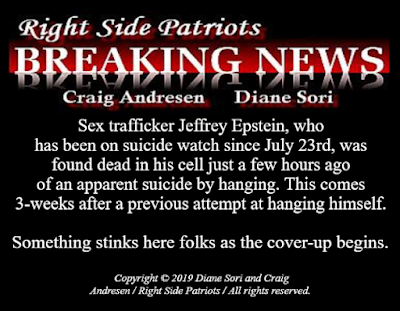 No, ICE's Mississippi Raids Are Not an Outrage
Guy Benson / Toenhall Columnist

Earlier this week, ICE conducted a sweep of illegal immigrants in Mississippi, arresting nearly 700 individuals.  This development has been covered as a tragic, outrageous, anguish-causing, "secretive" affront by many in the press -- with images of tearful children, who were temporarily separated from their parents, driving much of the coverage.  This appeal to emotion sidesteps any serious discussion of whether the "textbook" raid was appropriate or not.

(1) I believe that interior immigration enforcement should (and generally does) prioritize detaining and removing illegal immigrants who have also committed violent crimes, and those who have been deported previously.  I also believe that ICE and CPB should (and generally do) attempt to execute their duties with an eye toward compassion and humanity, particularly when children are affected.  Nobody likes seeing frightened kids crying.  That being said, enforcing the law against people whose "only" crime involves breaking our immigration statutes is not out-of-bounds.  Adults who knowingly violate US sovereignty do not get a free pass to live and work openly in America, entirely without fear of deportation.

America’s kapo strikes again. Bernie Sanders is the most anti-Semitic (and anti-American) presidential candidate of our lifetime, so it is not a surprise that he would speak at a conference hosted by a Hamas linked organization. How “progressive” of Sanders.

Why is Sanders not being confronted by America’s Jewish organizations for his anti-Semitism and open disdain for Israel? Why would the Republican Party not expose Sanders for aligning with some of America’s worst Jew-haters?

Naturally the mainstream media will also give Sanders a pass for his anti-Semitism. CNN and MSNBC will falsely accuse President Trump of supporting white supremacists, but have no problem with Bernie Sanders consistently supporting Muslim supremacists.

No, Christians and Muslims do not worship the same God
By Robert Spencer / Jihad Watch

Colm Fitzpatrick in the Irish Catholic offers an argument from authority, which is the weakest of all arguments: Christians and Muslims worship the same God because the Catholic Church’s Second Vatican Council says so. But a closer examination of the evidence shows this to be false. Besides the obvious differences regarding the Trinity, the crucifixion, […]
Read in browser »

Posted by Diane Sori at 9:40 AM No comments: